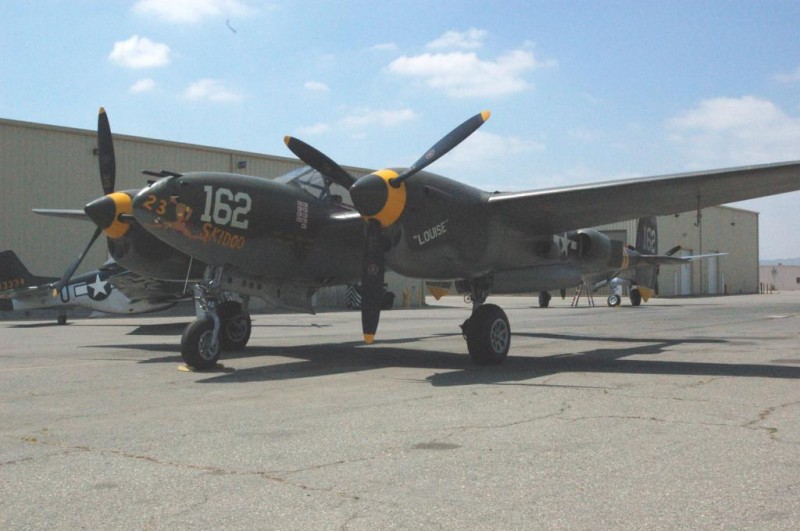 Earlier this week, the question was asked,. “Do you want to fly with the P-38s this weekend?” Of course, there’s only one answer to that: Hell Yes!

Of course, one must always ask the Weather God whether that will be allowed. This morning it was nice and clear at dawn in the western end of the San Fernando Valley. However when I got 20 miles east, the fog was so low I had to turn on lights and wipers, and it was worse 30 miles further at Chino (the opposite of what one expects). And then, after the morning presentation, just 15 minutes before the flights would be canceled for weather, the fog cleared into a hazy day. Too hazy for A2A photography, with the sun glinting off the crud in the air, though. No need to waste avgas on this one.

And then I realized I probably can be a bit blase about Chino after 35 years. After all, where else will anyone see two of the six flyable P-38s in the world? (A growing number, BTW – it was down to two four years ago). So here are some shots from the field. The camouflaged airplane is Planes of Fame’s P-38J, one of two P-38s that exist that were always fighters (the other being “Glacier Girl” – the reason any P-38s survived at all were all the F-5s used for aerial surveys in the 20 years after the war). It’s done up as “23 Skidoo,” the P-38 flown by P.J. Dahl of the 475th FG for the 475th FG display at the museum. The other is a P-38L-5 that some of you may have seen named “Honey Bear,” which is now in the process of being changed. We’re going to have two more, including Glacier Girl, at the air show on May 4-5.

And so you can see a flying P-38, I’m tossing in some old shots of the museum’s airplane in a previous scheme as “Joltin’ Josie” taken some 15 years ago (you can see these pix stolen all over the net at P-38 sites, they used to be exclusive on my old site)

One of these days I’ll look out and see two flying P-38s in the lens, the weather god agreeing. 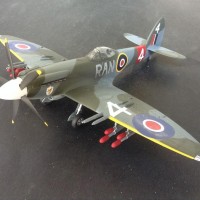 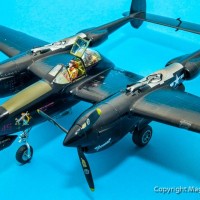 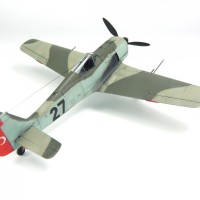 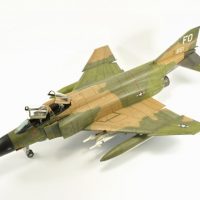