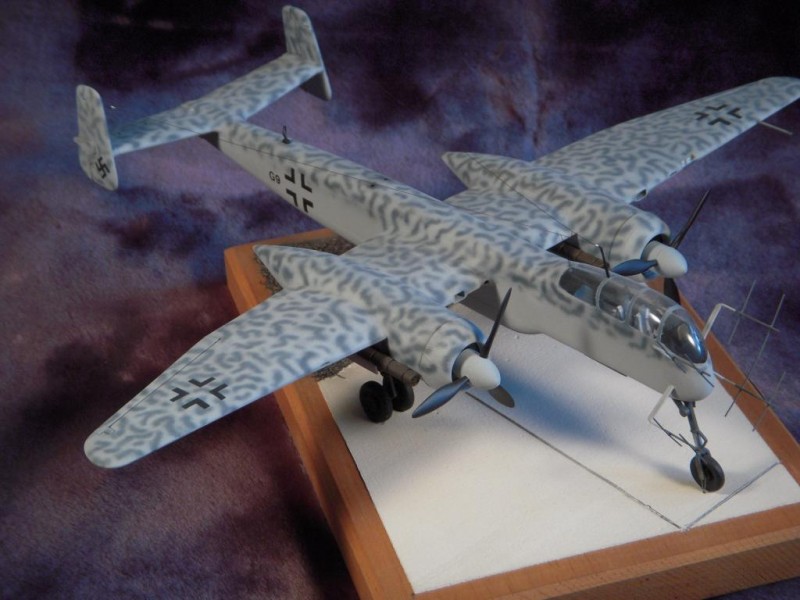 Another in my series from the back of the display case. This time a real oldie, built over 33 years ago. Inspired by reading 'Night Fighter' by C.F. Rawnsley, my intent was to build a display of 1/72 scale WW II night fighters centered around the Beautifighter used by the team of John Cunningham and Rawnsley. I managed to complete the He- 219 seen here, an Airfix P-61B, a Monogram F-82G and F7F-3N never getting to the Beaufighter!

This He219 is a bit of a mutt, combining the airframe of the Frog kit and the landing gear, radiators, exhaust and propellers of the Revell, a stretch-formed canopy was used over a basic cockpit. About the only thing of note is my first attempt at what I would consider a complex paint scheme, and the markings (except for the "G9) are painted with home made stencils. Paints used were enamels from the Pactra and Testors line, mixed via the TLAR method and shot through my dad's Paasche H airbrush. A custom display base and a snazzy Dymo label completed the project! A DML kit of the He-219 awaits in the stash, it will be interesting to see the comparison! I'll see if I can get some pics of the rest of the nocturnal predators posted. Eric F. aka Yankymodeler 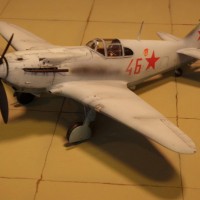 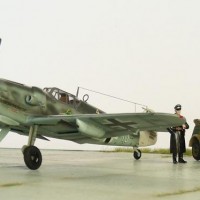 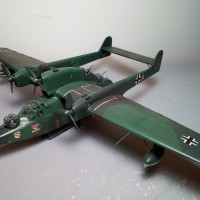