The Mother of All Plastic Ship Models-Revell’s USS MISSOURI 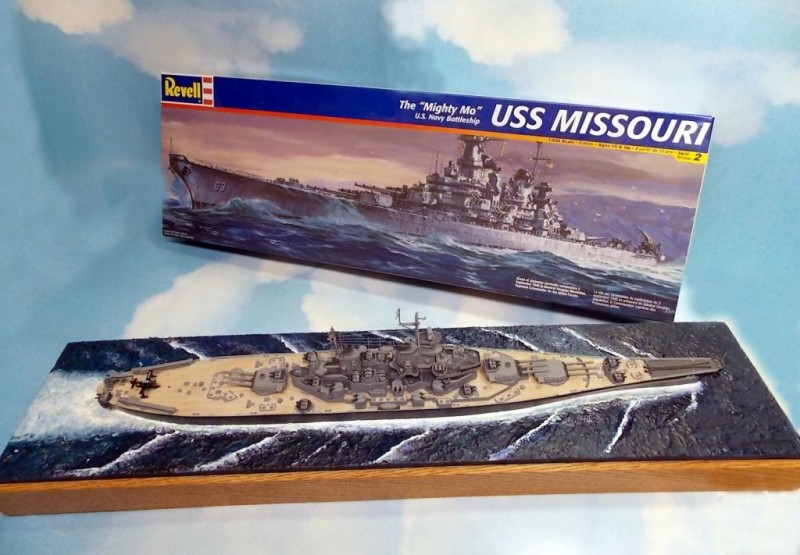 As you work on your current plastic kit consider this; there was a time when these prototypical miniatures didn’t exist. At least not in plastic form. How interested would you be in a hobby that offered little in the way of boxed kits, a hobby of sending away for drawings and blueprints, then a trip to a “hobby/toy” shop to purchase pieces of wood, carving tools and powdered glue that had to be mixed in batches? In 1953 a California plastic manufacturer named Lew Glaser took a big gamble in the hobby world. He would borrow money and produce the first plastic injected molded ship model in a start up company. But what ship? The wrong choice would bankrupt his company as tooling represented a huge expense and, even if successful, would take years to amortize the cost of production tooling.

In the summer of 1953 the ship he choose was the US Battleship MISSOURI, site of Japan’s surrender ending WWII. Displayed at a toy/hobby trade show in New York, the ship model “stole the show”. Mr. Glaser’s gamble paid off in spades, his young company had to put on extra shifts to handle the demand. For 61 years the MISSOURI has been a prennial favorite, becoming Revell’s longest running plastic kit. I often wondered how the plastic hobby market would have evolved if Revell’s first model had been a flop. The MISSOURI’s success in the market place encouraged other manufacturers to “invest” in the plastic kit business. And, in Revell’s case, provided much needed money to re-invest in other tooling that produced a wide range of models. Plastic model kits were here to stay.

Compared to today’s offerings from Trumpeter, Tamiya, Combrig and others, the Missouri is dated, even “primative” in appearence when built up. Yet it’s a perfect, low cost entry for the novice modeler. I purchased this kit a year ago as my grandson expressed interest in building a model. Well, that “interest” waned and the kit sat on my work bench collecting dust. I decided for sentimental reasons I’d build the “Big Mo”, as it was my first plastic ship model in 1958. Originally my plan was just build it out-of-the-box, with an adults eye for a clean build (I think I used an entire tube of glue on the first one in 1958, a real glue bomb). I also planned in a small way to correct the kit’s “flaws” the biggest being the hull. Revell didn’t receive any help from the US Navy in it’s planning for the kit, the hull below the waterline was a militay secret. So the lower half of the hull was flat bottomed and made a “toy like” appearence, with no propellers or rudders. Most of the detail was molded into the deck (including the superstructure) making it very toylike. I contemplated replacing the entire deck but in this scale fabricating tiny AA guns and other detail was not something I looked forward to. Examining the kit, I decided to fabricate the detail that would improve it’s appearence. If you look at the pre-paint photos, the changes show new 16″ gun barrels, anchor chain, small boats, masts, gun tubs among other changes. I found some old PE railings and figured “what the heck, they’re a little out of scale but would improve the main deck’s appearence”. The ship was painted in it’s 1946 scheme (gray upperworks, navy blue hull) when it sailed around the Med on a good will cruise.

From my standpoint it was a fun build and better looking than my 1950’s “glue bomb”. I wouldn’t place my ship in a model contest as the newer warship kits totally outclass it. But this “dinosaur” led the way to our current high standards of plastic models, no matter what you build. Thanks Lew Glaser for taking a chance, hobbiest around the world are better off for it! 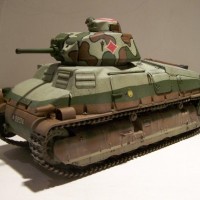 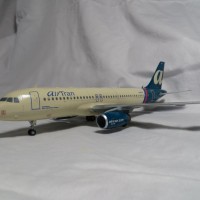 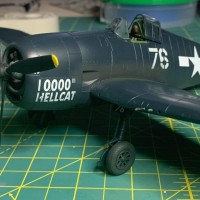