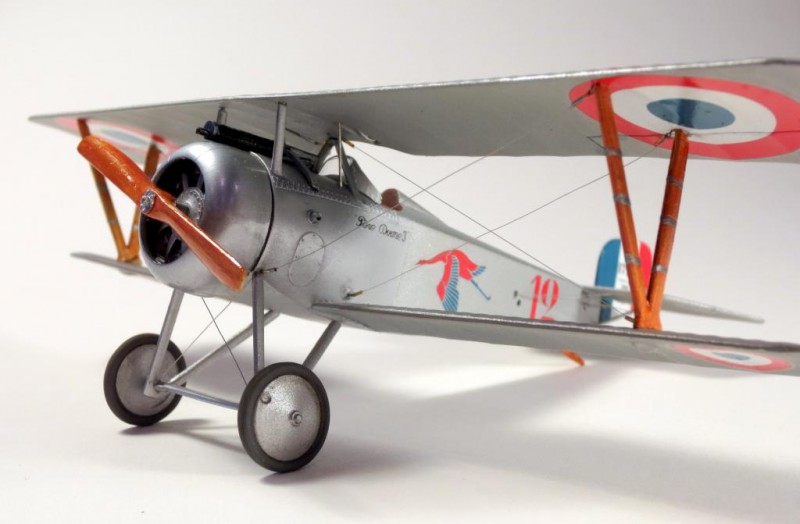 Ok… I primarily build 1/48 scale WW2 aircraft, but every once in a while I want to branch out. I was introduced to models way back in the stone age when my father would build the Aurora WW1 kits, paint them in oils (he was a dabbling artist), and hang them from my bedroom ceiling. So somewhere in me there is some dormant WW1 aircraft interest!

Anyway, like many others, I had been a bit intimidated by rigging the things. After poring over countless articles demonstrating the various methods of rigging, i decided to just plunge in and give it a go. I build this model a few years ago, and it was my first ‘real’ attempt to rig something. I will add here that the Eduard WW1 kits are really great fun to work with – crisp moldings, good fit, and nice details. But boy are these guys small. Much like the real aircraft, these kits are delicate. I chose the Nieuport as it seemed like a simple rigging job. Turned out it was!

I won’t describe the building of the kit here, but will go into my rigging method. I was pleasantly surprised by how well it worked, and hopefully that will inspire others to take the plunge. The method I used was a result of lots of internet browsing, and is in no way an original invention of mine!

I started by drilling out the appropriate rigging mounting holes at various spots on the wings and fuselage. Eduard has provided little bumps or holes in these areas, making it quite easy to get them in the right spots. Just drill partially into the wings (not all the way through!). You can drill all the way through any fuselage points.

Eyelets were fashioned using soft wire (I think I got it by stripping an old phone cord). I cut a small length of wire (about 1 ½ or 2”), and looped it around a #60 drill bit I had in a pin vise. Any sort of drill bit, stiff wire, pin, etc will do for this. Then just twist the wire ends by hand, 15 or 20 times. The result should be a loop (formed by the wire wrapped around the drill bit) with a ‘tail’ of braided wire. Slide the piece off the drill bit and repeat. Repeat for about twice as many as you think you will need, as you will lose several (trust me on this one). After your little assembly line is complete, trim off the braided ends until you have just enough length that they will fit in the holes you previously drilled in the wings and fuselage. The idea here is that only the loop (or the loop and a small amount of the ‘tail’) will be exposed when you insert these into the various rigging points.

I did not begin rigging until the model was fully assembled and painted (other than mounting the top wing). There are many different ways aircraft were rigged, so depending on the mounting type you may not need eyelets at every mounting point. In any case, where you are going to have the eyelets, now is the time to insert them. I dipped the braided end of each loop in a small puddle of superglue, then inserted it into the previously-drilled holes. I oriented the holes perpendicular to the airflow (so if you are looking straight at the model from head-on, you can see the holes).

Once the eyelets set up, the real fun can begin. I used nylon invisible thread for my rigging. For the turnbuckles there is a neat little product I discovered via another modeler called polyimide tubing – it is hollow, thin-walled tubing made of a vinyl/plastic type of material. This material is much easier to cut compared to the metal tubing I know a lot of modelers use. I bought it on Amazon, and I believe it is actually sold by Small Parts Store. There are many sizes available, and I just ordered a bunch of different ones to have a selection at hand. Unfortunately, I can’t remember which actual size I used for this project. They were pretty cheap, so grab a few and see which ones work for you. I cut small lengths of the tubing that will simulate my turnbuckles. Again, the exact measurement isn’t needed, just be sure they are relatively uniform. I think mine are around ¼” long. And again, cut more than you will need!

For the wing rigging (remember the top wing is not yet mounted), I attached the threads to the upper wing first.

Now after all this has dried, I attached the top wing. You should at this point have a lot of threads hanging down from that wing. After letting the top wing dry solidly (at least a few days), it’s time to repeat the process and attach the other end of the rigging. Again, slip a poly tube on the ‘free’ end of the thread, feed this end through the appropriate eyelet, and then feed that end back through the poly tubing. Using tweezers, slide the tubing all the way down to the eyelet, hold the tube in place and gently pull the loose end of the thread to tighten up the run. It will stay roughly in place. Apply a drop of thin superglue to the top of the tubing and allow it to run down inside. Now pull the loose end a bit to keep it tight while the superglue dries. It’s a small amount you are applying, so it won’t take long to dry. Once you are sure it is dry, snip off the excess and you are done with your first run. Just repeat for the other lines and voila! The nylon thread is pretty strong, so any bumps will certainly not cause damage.

This Ni 17 was a simple project to test my rigging ability as it really doesn’t have too many runs. I was pleasantly surprised with how it came out. I hope I was able to explain my method somewhat coherently, and would be happy to try and clarify anything I can.

I also did a small amount of wood grain on the prop and struts – basically sprayed the pieces with a tan acrylic paint, then dry brushed some medium brown oils on them to create the grain. After the oils dried I sprayed Tamiya clear yellow and clear orange (mixed 50/50) to replicate the varnish.

Have I gone on and rigged a Be2 or anything that actually requires some REAL skill? Of course not! But it’s a step in the right direction. Now back to something from WW2 with no rigging. By the way, that polyimide tubing also works great to simulate antenna tensioners – and I’m sure you can find many more uses. 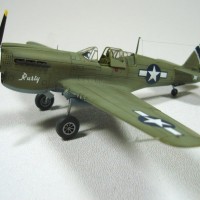 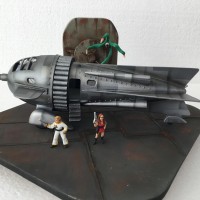 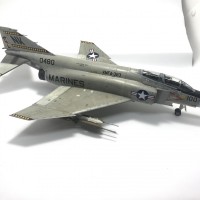