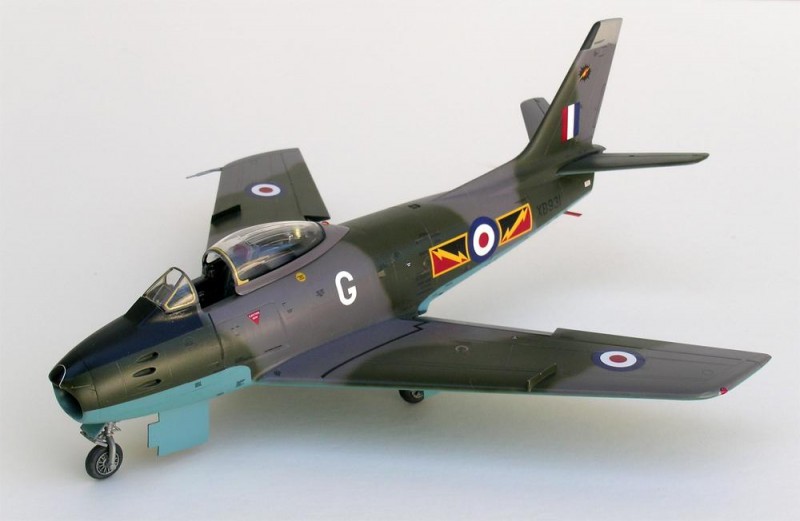 I started this kit many years ago, but just finished it in the last year or so. I don’t think I originally intended to do it as an RAF machine, but I really like the classy RAF camo and squadron markings, so that’s how it turned out.

The model depicts XB931/G, a Sabre Mk. 4 of 4 Squadron, RAF Germany, based at Jever, December 1954. Decals are Eagle Strike. Unfortunately for some reason they made the 4 Squadron marking bars flanking the fuselage roundel slightly too large. I wanted to do a 4 Squadron aircraft, so it was something I chose to ignore, though it is too bad they didn’t catch their mistake. Strangely, the decals for the other 2 squadrons on the sheet are the right size.

This aircraft had the “6-3” wing, without leading edge slats, in spite of what Eagle Strike says on the instructions. The book “Sabre: The Canadair Sabre in RAF Service” by Duncan Curtis was helpful in determining this, as there has always been some confusion as to which RAF Sabres had the slats and which the solid leading edge (actually some aircraft had both, at different times, as the 6-3 wing could be a mod to a slatted wing). The Curtis book gives the definitive explanation of this, for each aircraft in each RAF squadron.

The Monogram Sabre is still a pretty good kit considering its age. I will give the Academy 1/48 kit a try for the next one, and someday the Italeri (ex-Kinetic?) 1/32 kit for a big Sabre. What a pretty airplane. 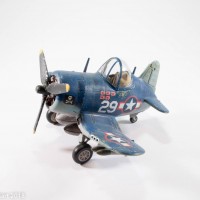 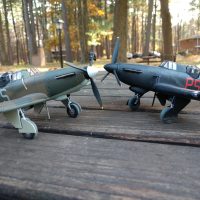 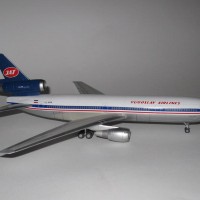 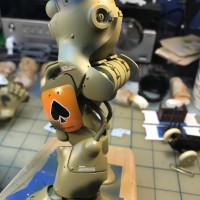 Having some fun with a prototype