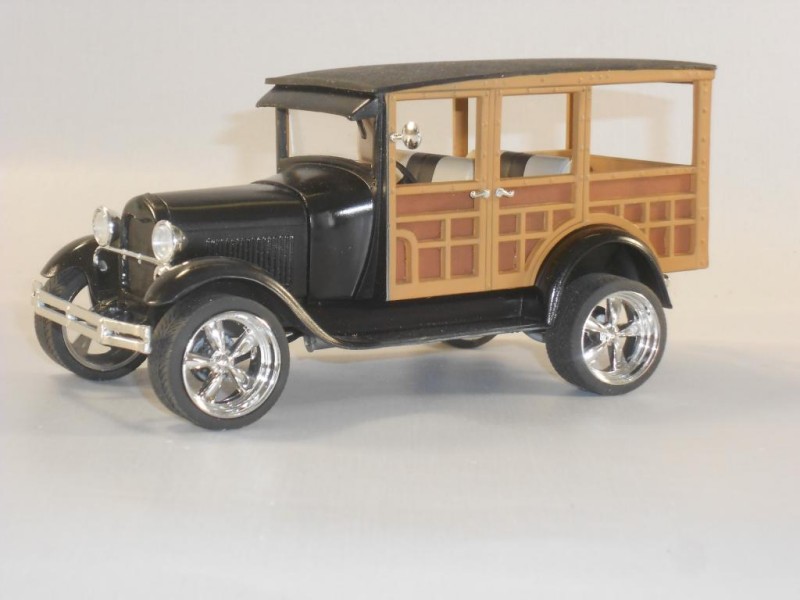 This is a study of what not to ever do and I did it. I almost took a trip to the GG Bridge, not for me, but to thrown this POS over the side and into the Bay.

I got a call to build a model of a 1929 Ford woodie. It is an AMT 1/24th scale kit. I agreed to look at it and I did. It turns out that the guy that wanted it done actually owns a 29’ woodie, however much modified. He wanted the kit made OOB in the customized mode. His 29’ is very much customized from its original form. Had he wanted to have the kit look like his I would not have even considered it. The kit he had had been started by him. The box contained a lot of the parts either off the trees in a jumble or glued together by gobs of tube glue. All of the parts were painted with thick gloss black enamel straight out of the bottle. It looked like the basic can of worms with a sack of nuts thrown in. Did I tell him that I would not do it? NOOOO! I said OK but it may take a while. I didn’t want to tell him that he FUBARed this POS and it may turn out to be impossible to do over. Did I suggest that perhaps he start out with a brand new kit NOOOO! With the understanding it would take a while to do it we parted. Three days later he called me to ask if it was finished or how it was coming along. After again explaining that there was a lot to be undone and done over and it would take time, we hung up. I had to go into this thing by removing the heavy paint, try to undue and save what had been gobbed glued, and try to repair things that got broken. It was progressing slowly. Two more weeks passed and he called again to see how I was doing. We had our little conversation again and I told him I would call him don’t call me. He obviously had no idea what is entailed in putting a model together. I must admit here that I was losing interest in this thing and kicking myself for ever taking on the job. Finally it was almost done except for the door handles and a few other things when he called again. He wanted the model back NOW regardless of whether it was finished or not. Fine I got it back to him. After he got it he called again and very nicely asked if I could put the door handles etc on. I got it back, put them on, and today got it back to him.

The moral of this story is DON’T ever agree to do a model for someone if they have already started it and make sure you impress upon the unlearned the fact that building a model takes more than a day or two. Have them go away until you call them with the finished model. Unless of course, you promise to do it within a definite time period. Then charge extra for it.

With the completion of this I am now the undisputed President of my “IKWTMABINT” club. I am recovering from my funk and am in the process of looking back and commenting on all the posts I have missed.
I think I am better now and have a new commission to build a series of USN aircraft in 1/72. I am looking forward to these.

I will now go take a nap.

24 responses to The little Woodie from H#@%* 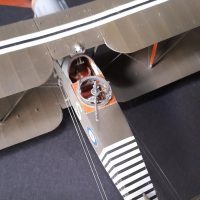 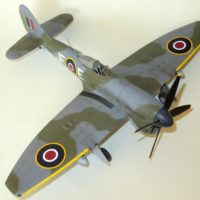 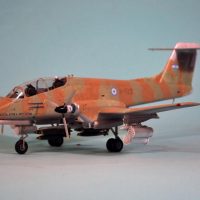