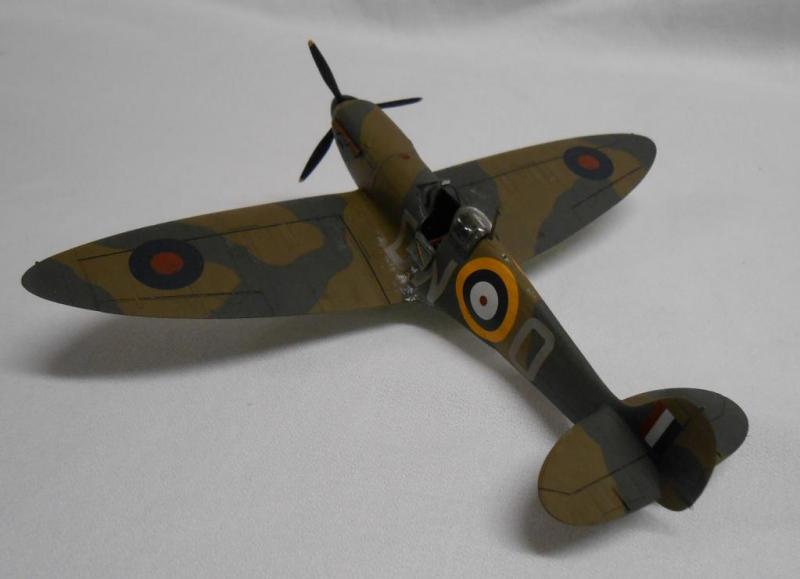 Here is Tamiya’s 1/48 Spitfire Mk I. The model represents aircraft DW-O, L1043 of 610 Squadron based at Biggin Hill during the Battle of Britain. I chose this particular scheme for two reasons. One was nostalgia – the first Spitfire I ever built was the old Revell 1/32 kit in 610 Squadron markings. The other was because this is a perfect example of what happens when people in the field attempt to interpret official specifications, in this case for the markings. This bird is a mishmash, starting with the yellow surround added to the existing fuselage roundel, which made it large enough to cover the entire fuselage. The serial number disappeared somewhere along the long the line, probably as the result of a repaint. There are no underwing roundels. I suspect this airplane at one time had the black and white lower surfaces which were then overpainted with Sky. Upper wing roundels are smaller than normal for this time period, probably leftover from an earlier spec. The code letters are just a bit too big, and on the right side are painted left to right, resulting in those letters also covering the entire fuselage and probably the serial number as well.

Kit was built mostly OOB with the addition of masking tape seat belts and a scratchbuilt oxygen bottle added to the cockpit, which looks really nice but can’t be seen! Color scheme is the standard dark green and dark earth (Model Master enamels) over sky (Aeromaster RLM 84).

The next to last photo is one I took with the Seafire 47 as a comparison of how the airplane changed from the first marks to the last ones. 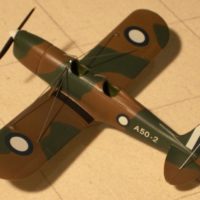 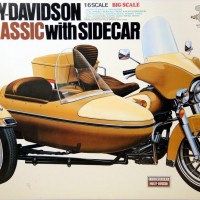 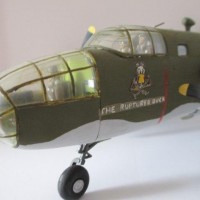 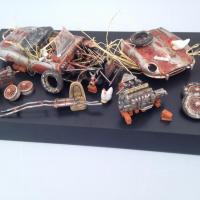