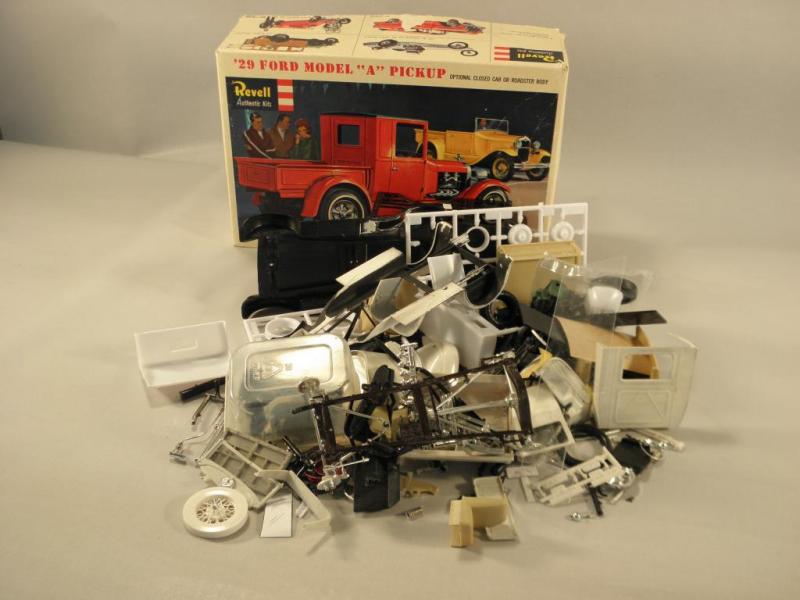 Well I’m back again, have been busy with a lot of projects.

I got another request to build of all things, a 1929 Ford. This time it is a pickup truck. This request differs from the “Little Woodie from [email protected]#$%.” In that this request is from a very long time friend. At the onset I must say that he was a most patient and understanding person and He really appreciated the final outcome.

That being said let me begin. Tony grew up in the same town, San Bruno as me and lived a mere two blocks away. His family goes back to the infancy of SB and throughout the years his father had photographed all areas of SB throughout its growth. Tony’s dad was a policeman in the twenties and then had various jobs and enterprises finally becoming a postal carrier. Everyone in town knew Tony’s father. He was such an historical part of SB with his photos. This year 2014 is the 100th anniversary celebration of San Bruno. Tony has all of his father’s photos and they are displayed showing the evolution and growth of SB.

San Bruno has a bit of history in that it was home to Tanforan Race Track. Tanforan was built in 1899 and destroyed by fire in 1964. Among other famous horses to race there it was the home of Seabiscut. On January 18,1911, Eugene Ely flew from Tanforan to the cruiser USS Pennsylvania for the first aircraft landing and takeoff on a ship. At the time Tanforan was used by the US Army as a training base and was the home of the 2nd Battalion of the Thirtieth Infantry. They were located in the fields next to Tanforan and it was called Camp Selfridge. The nearby airfield, which was in the center of the racetrack, was called Selfridge Field in honor of Thomas E. Selfridge, a native San Franciscan who was killed in a flight with Orville Wright in 1908. Tanforan Race track was also featured in many movies. During WWII Tanforan played a sad part of history. It was used as an assembly center for Japanese citizens. People were sent there first and then relocated to other internment centers. Not one of the brightest times to remember.

Tony went all through school with my wife and at a recent class reunion while talking with him he asked if I would put together a model of an old truck he had in 1958. He said he had a kit which his son, twelve years old, had already started but the pieces were all there. I told him I would and he sent the kit (kits, plus lots of gooped up C-rap). Along with the kit he sent photos and I hope these come out in this post. He wanted the truck to look as much like the photos as I could make it. This truck was the proverbial “jalopy”. Probably not worth much in 1958 but by today’s standards it would bring a tidy sum. He said he primed it with light grey on the body and bed and darker gray fenders. He then overhauled the motor. As a result the beautiful prime colors got covered with dirt and grime. He put a name on the back of the body “Flattery” as in “will get you nowhere”.

Once again I took on a project that had already been started. I said before that one should never do this but I did it again. I tried to salvage what I could but it was so gooped with glue that I could not save a lot of the parts. There were two kits in the mess with a lot of parts missing and some painted heavily. When I tried to remove the paint a lot of the plastic disintegrated. My option was to find another kit and I did thanks to E-Bay. The kit I bought did not have the wheel well in the fender like the kit he sent to me. His truck had two wheel wells so I was able to bash the miscellaneous parts of what he sent and fabricated a well on each fender of the new model. As it started to go together it got to be fun trying to get it to look as close to his photos as I could make it. I grimed it up a bit and painted the word “Flattery” on it. I used my computer to copy the old CA license plate. Not perfect but close enough for government work. As it turned out I thought it came pretty close, as a model, to his real truck. I sent it to him and he was very pleased with it and it just sort of topped off the 100th Anniversary of San Bruno.

I hope all of the photos come out. 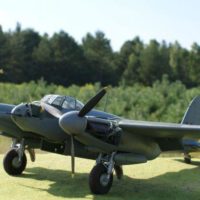 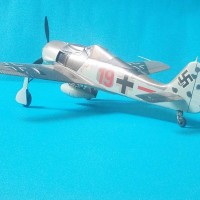 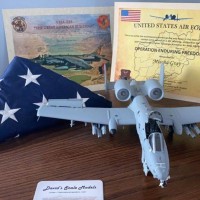 1/48 Revell A-10 of the 303rd Expeditionary Fighter Squadron 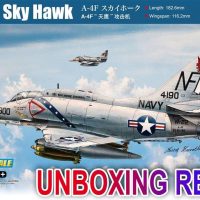