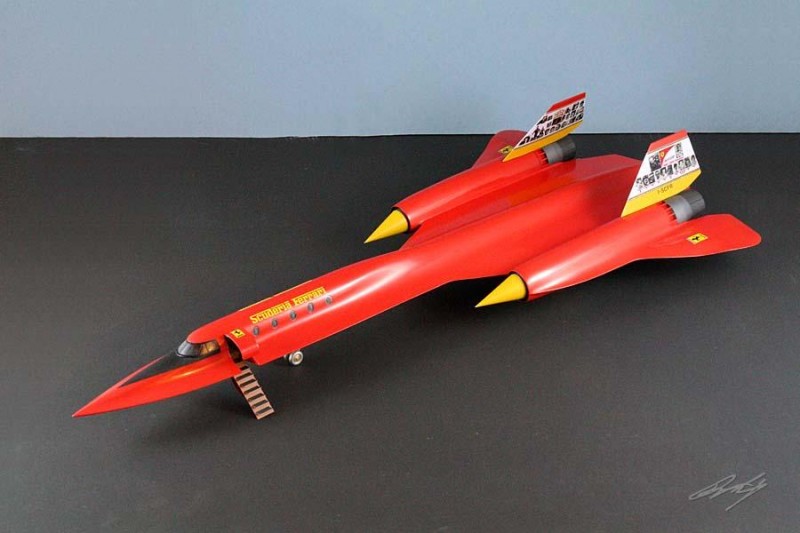 Lockheed L-1271-10 “what-if” ten-passenger bizjet in Ferrari F1 Team scheme. The idea for this came out of my brain that didn’t have enough sense to figure the first version was sufficient. Therefore, not satisfied with the six-passenger version, it morphed into “gotta do a ten-passenger version.” That, of course, meant one kit each wouldn’t be long enough, so my stash sacrificed two Hasegawa Falcon-10 and two Testors SR-71A kits to the build.

To compensate for the lengthened fuselage, I added 18″ in scale to the height and length of the vertical stabilizers and to the length and lateral width of the elevators.

The cockpit is far more detailed than v1 using resin seats and other fiddly bits. The cabin is populated with the parts from the Hasegawa kit, but is much more detailed with wood-panel decals I made, fine linen fabric on the seats with seat belts added. As with v1, the foyer and boarding steps are scratch built, the door is made into one piece from the two Falcon-10 parts. The decals are all done using PhotoShop and printed with an Epson inkjet on a white decal sheet. The paint is Testors Enamel Italian Red.

I commenced the build in 2006, encountered both filler and paint problems. So I let it languish for several years pending finding a solution to both problems, finally completed it September of 2012. 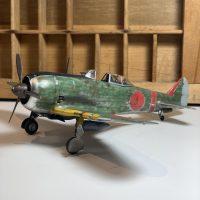 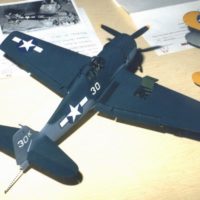 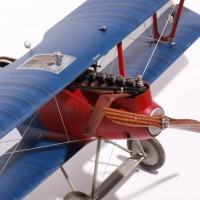 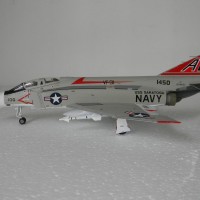