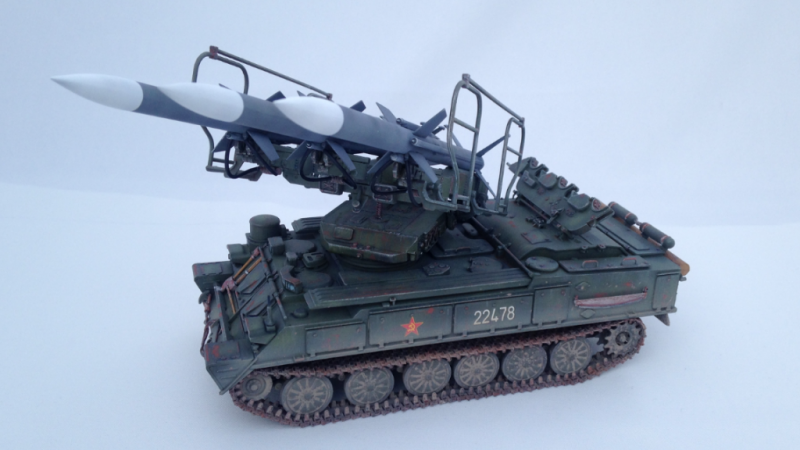 Hi again, this is probably going to be my last article for a while as I have three different holidays planned between now and July. It’s also the clearest my work bench has looked for months!

This kit is in 1/35 scale from Trumpeter. The title name SA-6 is how Nato and the US referred to it during the cold war. The Russians call it the 2K12 Kub (cube). Development started in 1959, but it didn’t actually enter service until 1967 due to extensive design problems. Since then there have been four different variations of it which have been used in conflicts all over the Middle East and Africa.

The launcher uses different variants of the 3M9 missile which has a length of almost six metres ( 5800 mm to be exact ). They can reach speeds of mach 2.8 and can have a maximum altitude of 46000 ft.

It wasn’t till I was half way through the build that a realised that this was the launcher responsible for downing the recent Malaysia airways flight over Ukraine. Probably not the best of timing for the article due to the civilian nature of the accident, but it is a sobering reminder of the actual original intention of these military subjects that we model.

The kit itself was very good. I have heard mixed reviews about Trumpeter kits and this one was my first. There was a couple of bits which needed a little bit of alteration to fit correctly, but apart from that it was spot on. The kit included a little bit of photo etch, some tubing and metal coils for detail, and also a metal tow cable. I built it out of the box apart from the tracks. I used Fruil model metal tracks instead of the static plastic ones offered in the kit. They were actually more expensive than the kit itself but give a nice weighted feel to the model and a realistic sag.

Firstly I gave the model a primer coat then followed that with a rusty brown coat. I varnished over that then gave it a coat of hairspray for the chipping. I wanted to give the launcher a well used look but with new missiles to depict combat usage.

I mixed different shades of Tamiya greens together on the hull. I recently read a article saying that the Russian army probably have more shades of green than they do tanks, so I randomly selected the colours. The tracks were weathered with some Mig pigments and a rust wash. Finally I gave the model a light dusting of diluted Tamiya buff and flicked some pigments from a brush at the rear and underneath the hull. 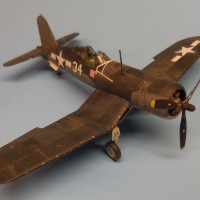 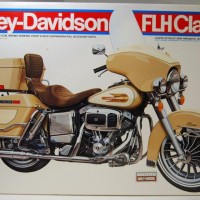 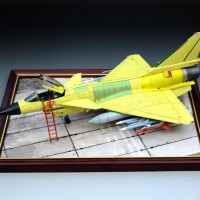 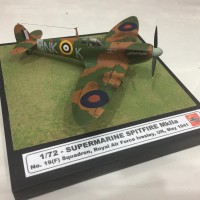