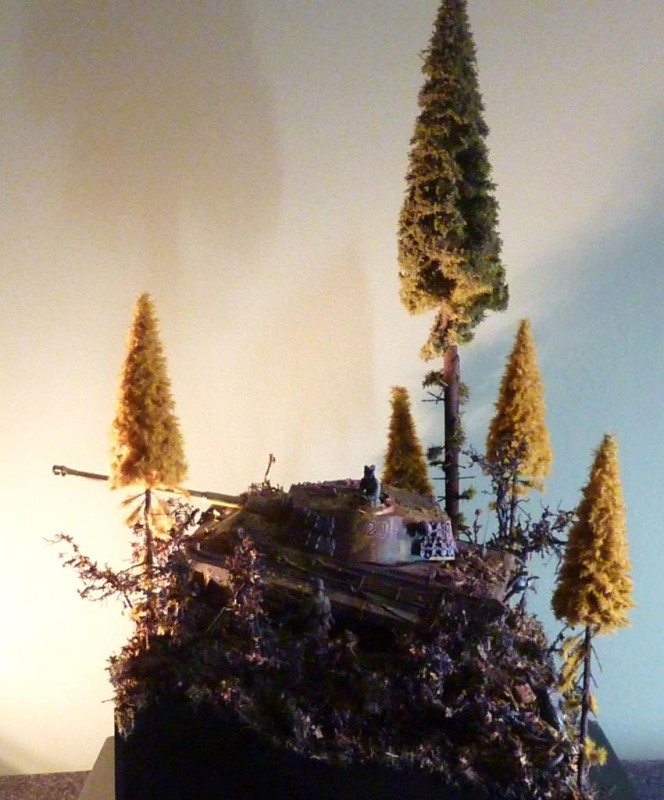 About eighten months ago, I posted an article here, with photographs of an armour diorama, depicting a Konigstiger making its way through scrubby Ardennes forest in December, 1944. Also modelled – a few troops, including a hapless motorbike rider who had slid down an embankment in the foreground.

I’m a great believer in revisiting projects where they can be improved, and although the principal design was set, this diorama was no exception. I had scratchbuilt the landscape, which included a sharply elevated ground, the angle of which, I felt, provided a dynamic quality, at least more so than might have been realised on flat terrain.

In addition I had added various scrub trees – meant as hawthorn or similar – at various points to further ‘break up’ the setting. The issue though was that although these trees were placed at various angles on the sloping ground, they were all about the same height, which worked against the original concept.

A few months ago, at a show, I purchased a set of European larch trees, and a single, taller spruce tree, from the Czech company Model Scene, who produce landscape materials for modelling. I had no idea at the time what use they might be, but they looked great, and then recently it occurred to me that these would provide the perfect foil for the more static areas of the landscape. I simply drilled holes for four of the larches and the spruce, ensuring that the placements were ‘off-centre’ to look more natural (and using an odd number of trees helps, too), and pressed them in position. They remain rigid, even though not glued in place, and naturally can be removed and stored flat with the dio itself as required.

These simple additions have added a natural element of drama to the diorama, enough so that I felt it deserved another outing.

24 responses to Tiger in the (Deeper) Woods 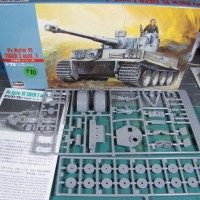 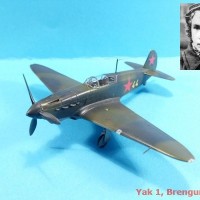 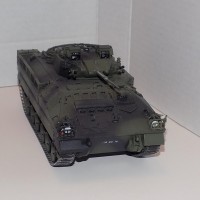 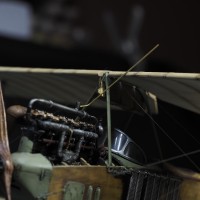