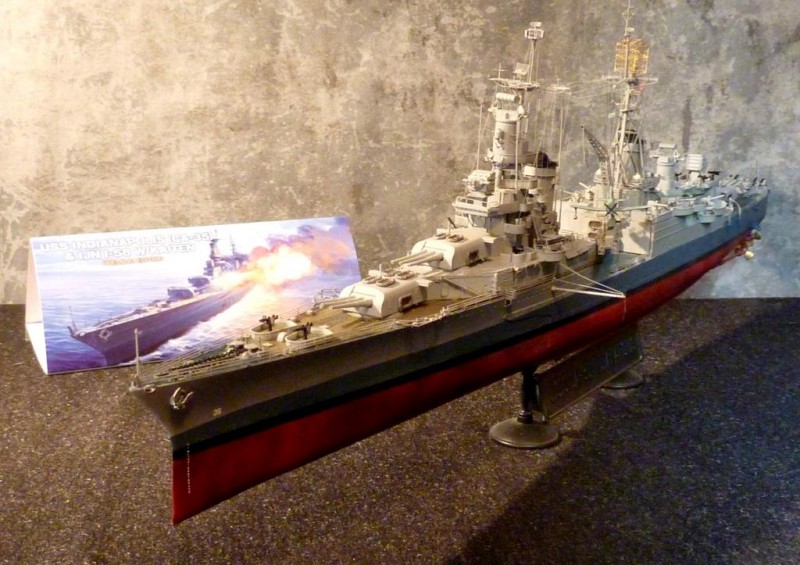 Earlier this month, I posted this article about the USS Indianapolis. I noted that the mid-line blue on the hull was, in retrospect, the wrong colour. It made the ship look more like a fairground attraction than a USN vessel, and after all the work I put into the build, I thought it only fair that I return to the issue to correct the error, this time using two Humbrol colours to achieve a mid-line gray-blue. As well as a few new photos, I've re-posted the earlier build photos. The only image remaining of the earlier incarnation is one with the Indy and I-58 together, for contrast.

USS Indianapolis (CA-35) was a Portland class heavy cruiser of the United States Navy. The world's first operational atomic bomb was delivered by the Indianapolis to the island of Tinian on 26 July, 1945. The ship then reported to CINCPAC (Commander-In-Chief, Pacific) Headquarters at Guam for further orders. She was directed to join the battleship USS Idaho (BB-42) at Leyte Gulf in the Philippines to prepare for the invasion of Japan. The Indianapolis, unescorted, departed Guam on a course of 262 degrees making about 17 knots.

At 14 minutes past midnight, on 30 July, 1945, midway between Guam and Leyte Gulf, she was hit by two torpedoes out of six fired by the I-58, a Japanese submarine. The first torpedo blew away the bow, the second struck mid-ship on the starboard side adjacent to a fuel tank and a powder magazine. The resulting explosion split the ship to the keel, knocking out all electric power. Within 12 minutes she went down by the bow, rolling to starboard.

Of 1,196 crewmen aboard, approximately 300 went down with the ship. The remaining 900 faced exposure, dehydration, saltwater poisoning, and shark attacks. The Navy learned of the sinking when survivors were spotted four days later by the crew of a PV-1 Ventura on routine patrol. Only 317 survived. The events of the sinking, and after, have been widely documented in books and on film, as the worst naval disaster in US history.

This is Academy's 1/350 kit (14113) of the Indianapolis. They released the original kit in early 2013, in the first 'modern' boxing of the type, which coincidentally was followed shortly thereafter by Trumpeter's own version.

About eighteen months later, Academy released the Premium version, which included the ex-AFV Club submarine I-58, and a wealth of Photo Etch and brass parts. The PE frets are said to be those produced earlier by Pontos, rebranded by Academy, and equate to upwards of 300 pieces, most of which are in use, together with about 60 pieces of turned brass for barrels, mast aerials, and so forth. As can be seen here, the kit comes in a substantial boxing setup, and as well as the standard instructions there are included three A3 colour sheets, double-sided, dealing with the Photo Etch.

Only 1500 kits were produced worldwide.

Although I chose not to run a WIP thread for this build, I photographed occasional sub-assembly work, to illustrate the intricate PE detail, which lifts the build to another level.

Humbrol and Revell enamels were used as Federal Standard equivalents, the exception being the Deck Blue, which was replicated with Andrea Blue and Black inks, mixed, and thinned with water for a more uneven appearance to mimic wear (I should have stopped after the first application, but because another issue arose I had to re-coat, and so now the decks are a little too dark, I think).

The hull was spray-mottled with yellow, brown and green, with a spidery line of black traced randomly across the three colours at 15psi. A weak solution of 'hull red' was sprayed overall.

The strip of blue on the hull, as FS 15042, should have been a little more grey-blue, in my opinion. In hindsight, I should have sprayed a more transparent mix of the enamel over the underlying base grey.

Although only a few in number and naturally quite small, the decals were poor. On the aircraft the national markings were effectively glued in place. However, a nice touch in the kit was a selection of the numerals '35' for the CA reference, and hull draft markings, offered as dry transfers which worked well, avoiding the need to fight the decals on the main surfaces. The American flags, I've read, have 50 stars rather than the requisite 48 for the period, but honestly if you can count pinprick-sized dots to confirm it, I'll leave it to you; life's too short.

Included here are two atmospheric images of the ship as she departed Mare Island Naval Shipyard in California on July 10, 1945, following a refit. Two weeks later, she was at the bottom of the Pacific.

The I-58 was posted here previously, but I include a photo of the two vessels together, for interest. 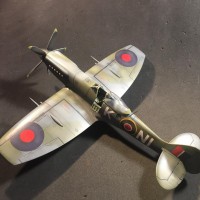 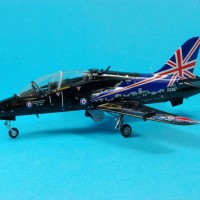 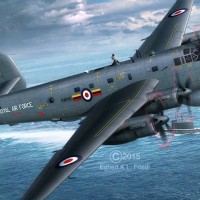 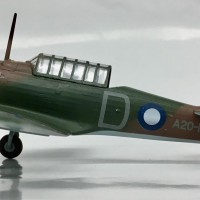