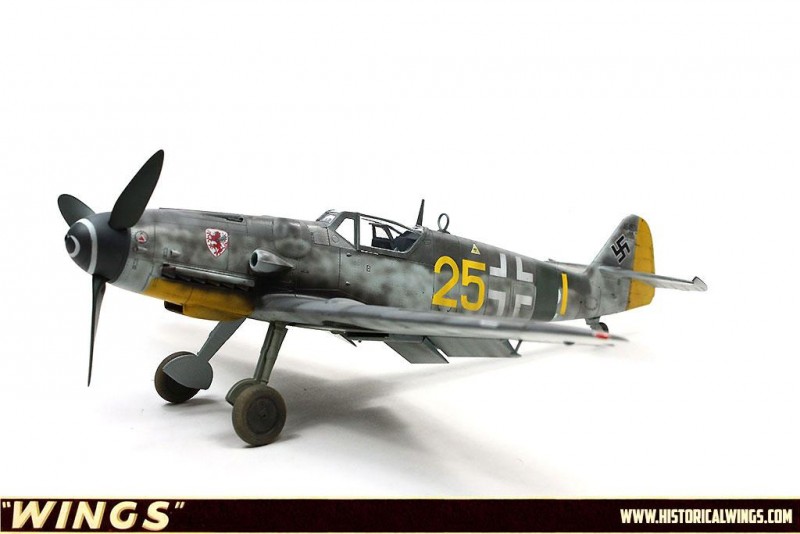 This Bf 109G-14 was one of the aircraft captured after the war at Pilsen (Plzen), Czechoslovakia. The Luftwaffe unit that flew this aircraft is unclear. The previous markings are still visible under the more recent ones and the KG 55 badge is painted on the cowling. This former bomber regiment used the twinengined He 111. The Luftwaffe found itself in a bad position in the second half of 1944 and bomber units became less and less of a priority. Thus the three Gruppes of KG 55 were redesignated KG(J) 55 in September/October 1944 and were supposed to be equipped with Me 262 fighters. This never happened and Bf 109Gs and Fw 190As were delivered instead. Only the IV. Gruppe was based in Pilsen and it was subordinate to Erg.KGr(J). This unit was redesignated I./EKG(J) in January 1945 and then V./EJG 2 in March. The only part of this unit that stayed in Pilsen through to the end of the war was 19./EJG 2 (formerly 4./EKG(J)). 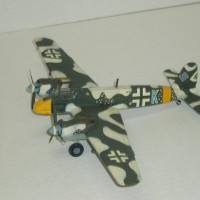 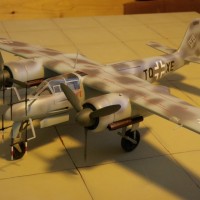 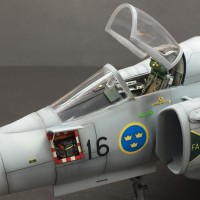