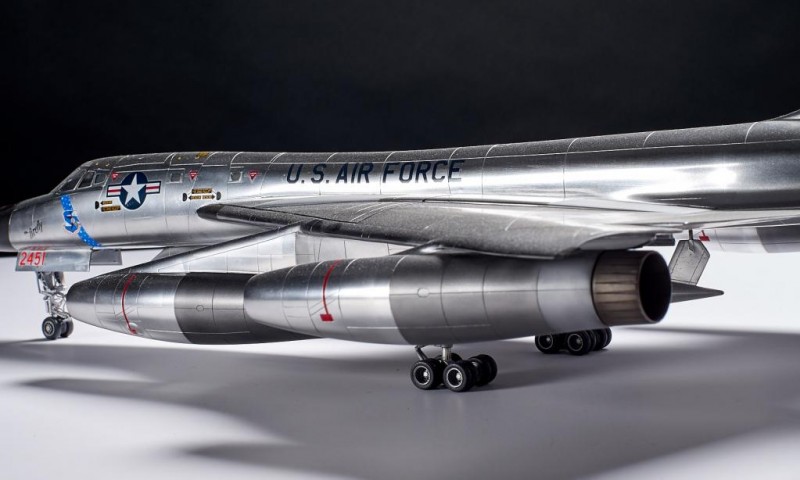 Here’s one that I built last year. This thing was an absolute nightmare to paint. The kit has raised panel lines so I sanded them off and re-scribed them all back in. Next, came the assembly, and being an old kit, some of the pieces didn’t line up so those had to be re-contured, sanded, filled, sanded and polished. The entire model was polished with 20,000 grit that’s used in fiber-optic cable manufacturing. This resulted in an almost mirror-like finish that didn’t like to take on paint very much. Friction by the paint particles moving through the dry summer air created a static charge that resulted in most parts of the model acquiring a nice thick coat of dried paint dust that had to be constantly wiped off. I used Alclad black primer. After the primer dried for a week, I polished that down with grits ranging from 8,000 to 20,000. I then proceeded to apply Aclad Chrome. More paint dust. I was so disgusted by the results that I washed the entire model with Mr Color paint thinner and started the entire process over. I did this a total of 4 times until I was satisfied. I think that because the model was so highly polished, the paint didn’t stick to it very well. Entire sections of paint came off when I removed the masking tape from some areas resulting in having to restart the entire process. I can’t tell you how many times this model was painted. I don’t like clear coats on natural metal finishes because they end up look like paint instead of metal. The model can only be handled with gloves because the oils in fingerprints damage the paint. You’ll notice dust on the model because I was afraid to wipe it off for the photos. I’m very happy with my B-58 and it won best in the Natural Metal Finish category at the Evergreen Museum competition last year in McMinnville, OR last year. A museum wanted to purchase it from me, but I didn’t sell it. 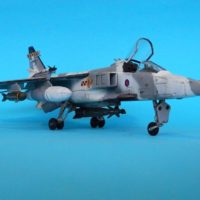 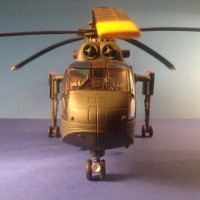 What has Steve gone and done now? Sikorsky Sea Hook………….. 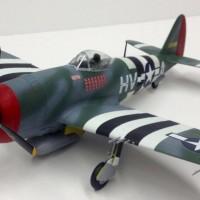