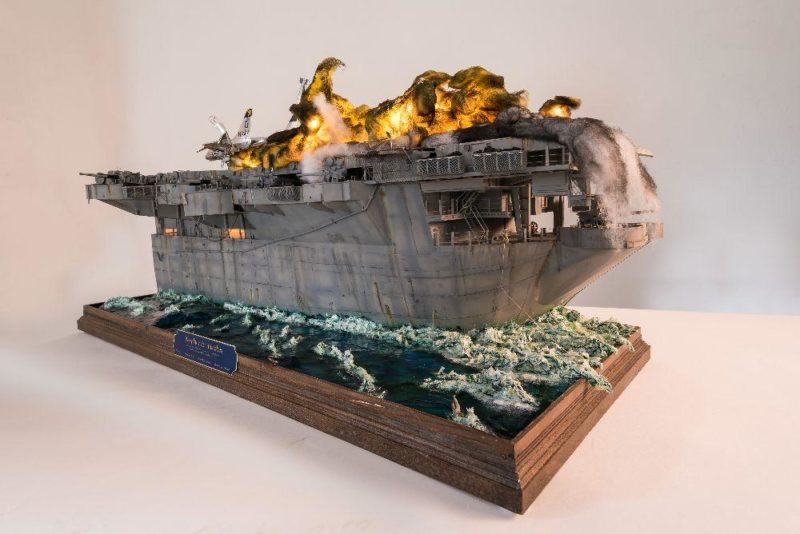 Hi there
well it's about time for me to post some pictures of one of my latest projects. This is a rather big project where I took photos from the very start till the finish and finally my good friend Albert took several photos in his little studio.

The story behind this dio is a rather tragic event which happenend on July 14th, 1955.

While approaching the landing deck of CV-19 USS Hancock, LCDR Jay T. Alkire pilot and commanding officer of VF-124, got way behind the power curve of his Vought Cutlass F7U-3. As a result he crashed violently into the round-down, a classic ramp strike. In the progress, the Cutlass spewing bits, pieces and large ammounts of fuel which instantly ignited, careened down the port edge of the flight deck. After about 300ft, the aircraft finally crashed into the catwalk and broke up into several pieces. The entire cockpit section with the pilot still strapped into his ejection seat, broke off and fell into the sea.

While LCDR Jay T. Alkire was killed in this accident, seven arrestor gear people escaped with minor injuries, the LSO Ted Reilly just barely made it into safety while running across the flight deck from the imminent crash. The other LSO sharing the platform with him leaped into the net and rolled into safety as well. The hook spotter/talker jumped over the side and was picked up by the plane guard destroyer. The fire was quickly brought under control and extinguished.

The whole idea for this dio came (once again) from a photo, somewhat later I found out that this particular photo was only one of an entire series which were taken on that fateful day.

So when I started the work, everything went beautiful. Within a few weeks the hull was done and the detailing began. I used simple wooden frames for the hull covered them with plywood and 2 layers of plastic sheet. Onto this went several details like rivet bands and all kind of small parts to recreate the ships hull. The hangar is not highly detailed on the inside even though I had originally the plan to put at least part of an aircraft and perhaps a few figures in there so that one could see some parts of it through the partly open hangar doors. I even put some LED lights in there as you can see on the photos of the finished model but somewhere while building on this dio I simply forgot about that detail and before I even noticed the hangar deck was closed and to reopen it would have required some major work.
When I started to work on the details of the ship one of my ideas at that time was to buy the guns and directors via one of those 3D printing technique companies. They sure look good but when I saw their prices, well I would have to spend easily more than 300,--€ and upon closer inspection I decided: I can do that! And finally I built everything myself, the twin 3” guns as well as the 5” guns and the Mk56 gun director too. Most of the detail work went into the gallery on the fantail directly below the flight deck and the catwalks. I wanted these parts the ship as highly detailed as possible, most of all because this area would be in the focus of any photo and anyone who will take a look at my model. So I went as far as I could with the details. The flight deck itself which is a very prominent part of the whole model was made by planking it with real wooden veneer stripes, somewhere around 800 of them were glued piece by piece and finally sanded down a lot of work and a lot of time went into this portion of the model but I think it was worth every minute
For the water I used my old and trusted technique of toilet paper and wall paper glue but since I always want to try something new and improve my own techniques a bit I went another step further. After the paper-glue was dry and rock hard I colored it as usual with acrylics, let it dry again and then I applied a thin layer of white glue, when dry it was colored with Tamiya clear blue, green and smoke and sometimes a bit of white all in various shades, this whole process was repeated at least 7 times after which I achieved a real “deep” look of the water surface. Meanwhile I came up with just another idea how to do this, which I will try on one of my next dioramas. For the aircraft I used the Fujimi Cutlass kit which was extensively modified to depict an aircraft being ripped to pieces. I opened up the whole belly and inserted two look alike engines with a lot of tubing hanging out, do I have to say that you can’t see a thing of them? But other damages are more prominent and can easily be seen, for this I recreated several parts from thick aluminum foil. The aircraft itself was covered with bare metal foil while the entire ship was colored the classic way by using acrylics, in various self-mixed grey shades with various filters and washes. I also used some pastels for weathering; to be honest I have no “catalogue or instruction sheet” for doing this I simply start doing it and if something new or additional comes into my mind, I simply try it, if it works it stays, if not you can imagine…

For the explosion cloud I used cotton and some chicken wire. I formed 2 “baskets” of the wire and put a somewhat larger LED bulb into each of them, Additional I used some Christmas deco with almost 200 tiny LED’s on some wire which I also covered with some cotton. This whole structure was colored with several layers of mostly yellow a bit of orange and some black. A s a fact if the lights are out the whole things looks more like a toy and not really spectacular but as soon as you turn on these LED’s…Holla die Waldfee!
I put only 3 figures on the whole dio, the pilot of course, the LSO and the Teller, according to the story the LSO who realized that this landing was going to end in disaster ran across the flight barely escaping the inferno, the assistant LSO jumped into the safety net around the LSO platform and rolled into safety and out of sight of my dio, the hook spotter/teller decided wisely this is the wrong place to play hero and jumped overboard and if you look closely at my dio you might even see him (he was later picked up by the plane guard destroyer)
The whole dio took me only 300 hours to build and I enjoyed every second d of it.
The final thing to do was to ask my friend ALBERT MOSER to do his magic and take some photos of it. So he spent a whole afternoon taking these pictures and all I can say is: every single one of them is simply fantastic!
I really hope you all enjoy them like I do and finally there remains only one question: What’s next? 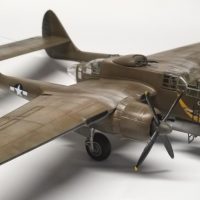 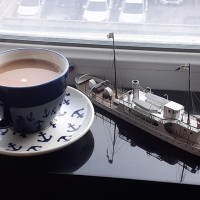 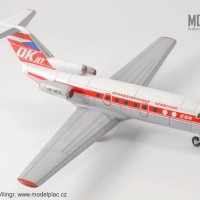 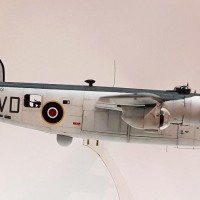