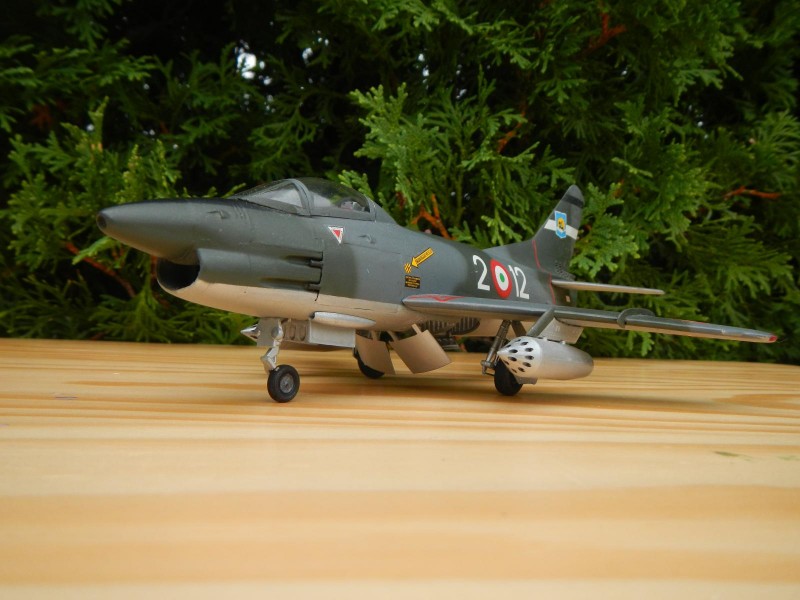 Just getting to posting a weekend build. The first time I saw a picture of a Gina (young enough to be pre-internet, but still old enough to know what “license built” meant), I thought it was a license built Sabre. Now that I have the two side by side, this is not the case. The FIAT is TINY! (And still looks like a Sabre and Crusader had a love child.) It also looks fabulous and I’d imagine is a pocket rocket like a Folland Gnat. Despite being an older kit, it’s quite enjoyable to build although I could have used a little filler around the gun bay panels. I didn’t catch the small gaps before it went to paint. That said it WAS a weekend build. Started Friday after work, finished Sunday before bed. (Sometimes it feels good just to knock one out.) I also used no filler on it other than the glue used for assembly. I let that fill gaps and stand proud of the surface and knock it down later. Didn’t quite work on the gun panels! The cockpit is pretty non-existent, merely decals for the panels a stick and very basic seat. Neo-Mega makes a resin cockpit for it, but I didn’t want to spend $30 on an $8 model. (They are nice though, I did get one for my Airfix Viggen and their complete Yak-23 Flora kit.) The paint is all Model Master. Metallic Silver for the underside (great for depicting aluminum lacquer) and Dark Green/Gunship Grey for the upper surfaces. This kit had gotten damp at some point, but the larger decals still worked with minimal silvering. I do want to build a nice one in Frecci Tricolori colors and maybe include the resin cockpit, but right now I’m just waiting for Sim Skunk Works to release theirs for FSX! 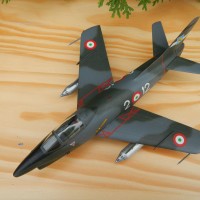 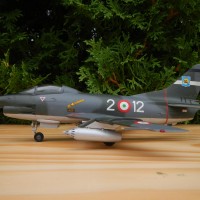 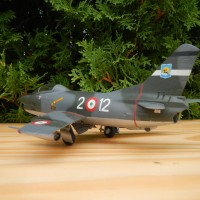 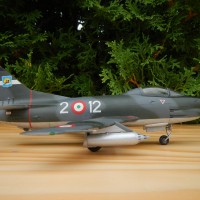 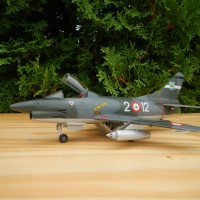 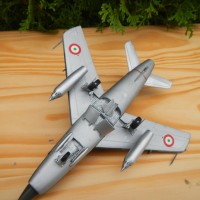 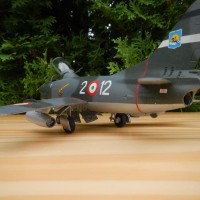 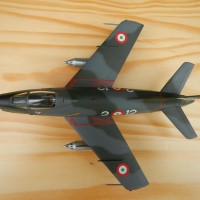 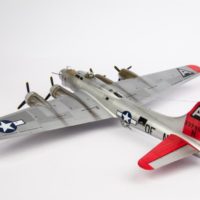 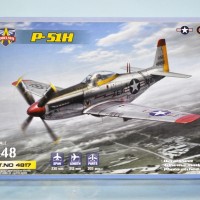 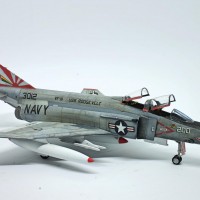 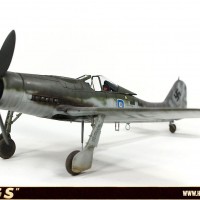