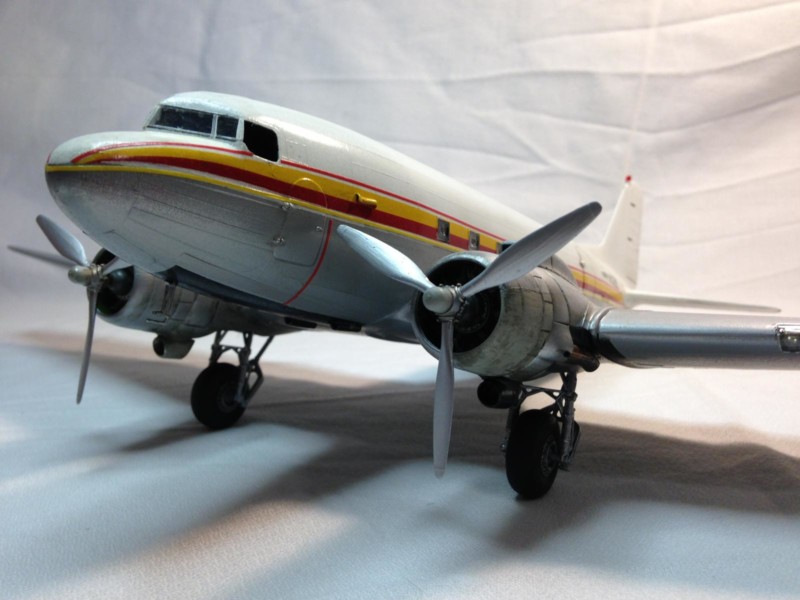 When I got back into plastic modeling a few years ago, I set a couple of goals for the projects I would do. The first was to model subjects I had never done before, which has proven to be successful as I have yet to build a Mustang. The second was to build models of airplanes that I have worked on and flown in during my 40 year aircraft maintenance career. This model is the first of those.

N102BL started life as a C-47B-25DK, USAAF S/N 44-76322, in the Douglas Wichita plant in April 1944. What I know of her early life came from reading through the mountains of paper that were her maintenance logbooks. Mostly, she did what Gooney Birds do best, which is hauling stuff all over the place. I recall a few entries from a place called Templehof in the late 40's, but have not been able to fully verify she was in the Berlin Airlift. More of the same went on through the 1950's. By the mid 1960's, she was in Vietnam with the US Air Force. A friend at the time told me he thought she had been assigned as a "bulls--t bomber", dropping leaflets and broadcasting propaganda messages from huge PA speakers mounted in the cargo bay. The U.S. then sent her to Laos, where she operated with the Royal Laotian Air Force for several years. The USAF got her back in 1974, and in 1976, she was declared surplus and offered for sale. DHL Air Cargo bought her in Bangkok, Thailand and ferried her to Honolulu, where she was converted to a DC-3 by removing all the military equipment, issued a type certificate and the registration N102BL. After a few years of hauling cargo under contract to Hawaiian Air, she was again offered for sale, being bought by my employer at the time, Pronto Aviation Services, based at Sunland Park Airport, just a few miles from the US border crossing at Anapra, NM. After a four day ferry flight from Honolulu to El Paso, TX, and a few weeks proving to the FAA that we could operate the airplane, we put her back to work on a contract for Emery Airfreight, hauling cargo from Tucson, Albuquerque, Corpus Christi and Brownsville to El Paso for pick up and distribution. We also did a lot of on demand charter work.

Most of my memorable aviation adventures were the result of my association with this airplane. We did some flying work for Chuck Norris in the movie "Lone Wolf McQuade", had an encounter with a ghost paratrooper in Willcox, Arizona, and got to see a whole lot of the country from an altitude of about 6000 ft at the stately speed of 120 kts. The silver elevator was the result of an errant wind gust blowing the airplane into my pickup truck one windy March day.

N102BL met her end in July 1982 after a right engine shutdown due to high CHT on the way to Tucson, after which pilot decided to return to El Paso. I'm not sure of the exact details, but apparently the crew thought it would be a good idea to try a single engine go-around after the airplane was on the runway. I was told there was an unsafe gear indication. They ran out of airspeed, altitude and ideas about a mile and a half east of the airport, bouncing across the tops of two sand dunes and coming to rest on the third. The gear was indeed down, as the left one was ripped from the airplane and the right one came up through the nacelle. I spent two days on the wreck to keep scavengers away before the salvage crew came to cut her up. I took her data plate with me, it now resides on the end of workbench in my model room. What's left of N102BL is in the fire department boneyard at El Paso International Airport, used for fire training.

The model is the venerable 1978 boxing of the Monogram C-47 with a few modifications to DC-3 standard. The build was basically OOB, with some scratchbuilt modifications to the cockpit and the addition of a bunch of parts from the junkbox to add details missing from the kit. All the mods can be found on the build thread in the In Progress section.

The first pic of the real N102BL was taken in Honolulu just after her purchase by DHL in 1976. The second two were shot on the set of the movie "Lone Wolf McQuade" at West Texas Airport in October 1981. There is a shot of her data plate, followed by what she looks like today.

A few thank yous are in order. First, to my friend Seamus Boughe, who sent me the kit and was the source of much encouragement and advice when I got back to the hobby. Frank Cronin and Joe Caputo also came through with advice and pieces parts when I was tearing my hair out looking for stuff. And finally, to Geoff Goodall, whose amazing aviation site I stumbled upon while looking for info on my Gooney. The photo of N102BL before her stripes is from his website. Stop by and visit, there's some great stuff there!

And last, but not least, thanks to Jerry, John, Cheater, the two Mikes and Mary, without whom Pronto Aviation wouldn't have existed. They still don't believe me about the ghost... 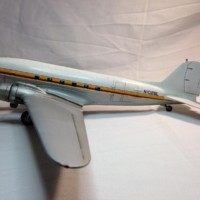 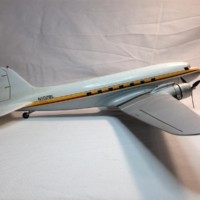 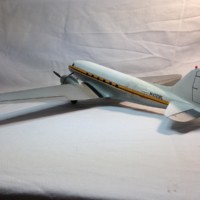 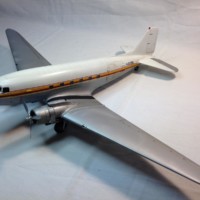 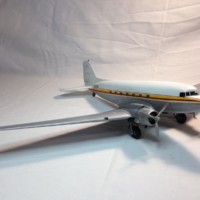 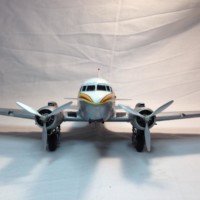 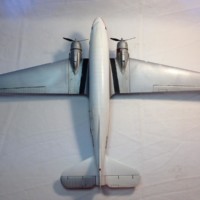 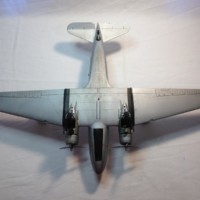 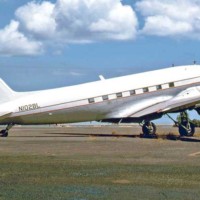 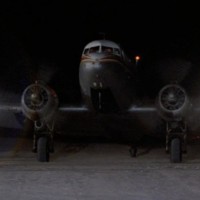 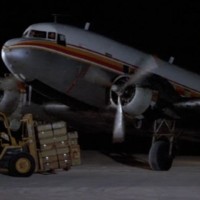 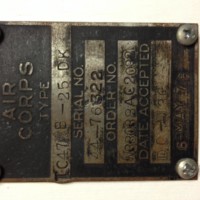 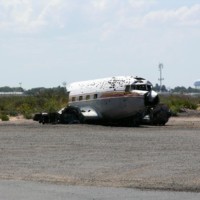 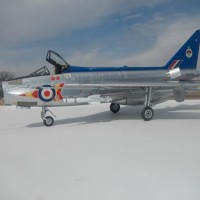 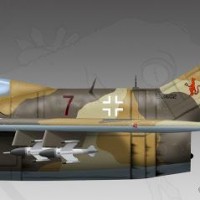 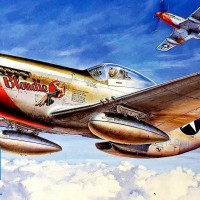