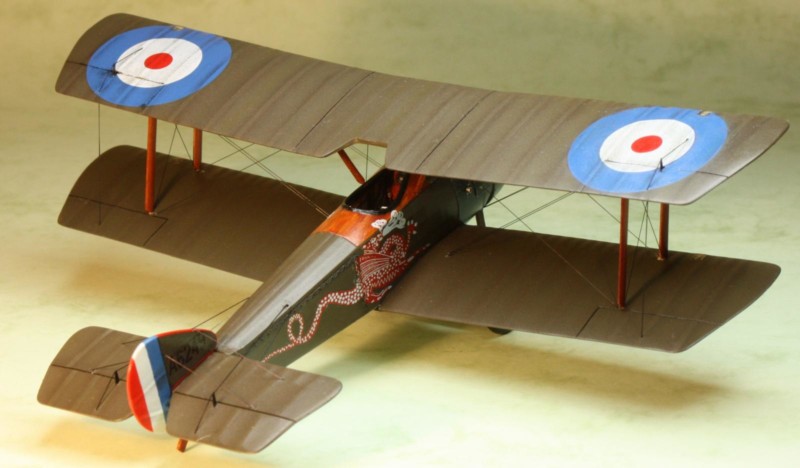 Hi all,
This kit is one of the old Eduard molds, re released by Flashback and frankly a pretty rough kit. If you are up for a little challenge, see if you can find one and see how you go!

I made quite a few modifications because so many little details were missing; such as:
– new engine – the kit one was a lump of white metal.
– cut a second slot in the white metal engine cowl
– scratched up a pitot tube
– rudder king post
– carburettor intakes
– pulsometer
– fuel pump
– control cables, framing and bracing in the cockpit
– windscreen
– landing gear details (more there than you realise!)
– oil and petrol caps on the forward fuselage
– photoetched stitching was added to the starboard fuselage
– fillets just forward of the horizontal stabliser
– pulley inspection windows and the pullies within on the upper mainplanes

The wood texture to the turtledeck and propeller is burnt sienna oils over a light tan base coat.

The gun sight may seem a little out of place without a gun, but this aircraft was used with Number 5 Training SQN AFC and so no gun would have been fitted (it is absent in the photographs.)

And of course the decals! This aircraft is a rare beast (pun intended) as Commonwealth aircraft were rarely so gaudy. I have photo’s of both sides of this aircraft and the dragon does appear on both. Where details were hard to discern, I used a Norman Clifford painting of this aircraft to fill in the gaps. The decals were created in Corel Draw and printed on an ALPS printer so most of the interesting work was easy.

I look at it now and will probably weather up the underside – some castor oil staining is a bit of a must I think! 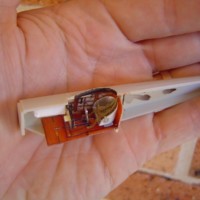 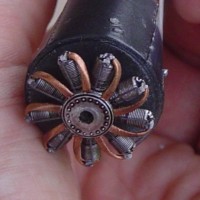 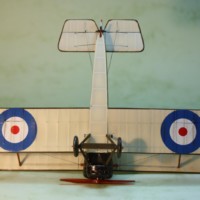 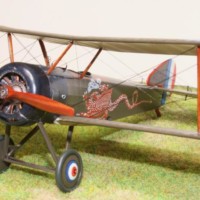 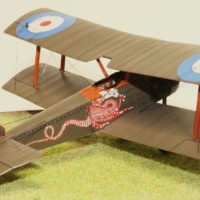 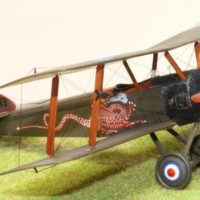 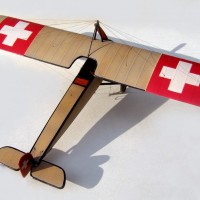 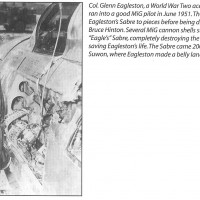 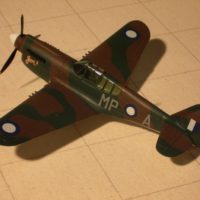 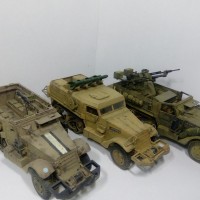