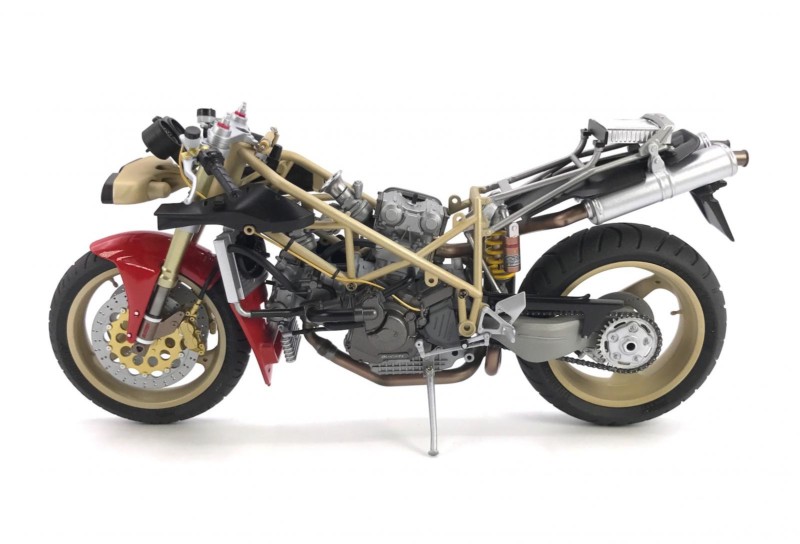 The release of the 916 was a big bang. At the beginning of the 90ies motorbike design was little innovative and gridlocked to a small number of design patterns. After the 916 all was different and over the following years the "art of motorbike" regained much of its unconventional origins. Art of Motorbike was also the name of a widely applauded exhibition at MoMA in New York during the late nineties and guess who stood in the limelight ...

The Tamiya kit was released a little more than 20 years ago and still it’s remarkably good. If only motorbikes were supplied with aftermarket goodies as well as aircraft are! The kit is missing two major components: the air box and the ignition system. The black air ducts that you can see left and right of the frame actually join into a black plastic box located between the cylinders. This part has been completely left away in the kit. So is the ignition coil that I did a little scratch building for. When I started this project, I had the idea of adding the electrical system to the model but gave it up after a while. First, because I had a closer look to how complex the electrics of a mid-nineties bike were already and I suddenly found it a bit over the top to go for it. Secondly, and more important: Ducati did a great job in hiding away all harness so I thought why on earth shall I bring it out?

Since I’ve returned to modeling some years ago I had only built aircraft models. I can tell you that building a motorbike is quite different. The only thing that comes close to weathering at this model is a bit of chain grease and without saying this, I guess you wouldn’t have noticed it at all. I did put, however, some emphasis on getting right the textures and sheen of all surfaces. Four different types of clear coats have been used to get there: glossy for everything that is red, flat for wheels and frame, as this is in fact the way they were painted by Ducati, semi matte for most of the metal surfaces and semi gloss for the unpainted plastic parts of the bike.

I’m presenting my model to you today though obviously it’s not completed. The point is: everything that will follow now will hide away the fascinating technology of this bike, its beautiful surface textures and materials and the compelling functionality of its design.
So this is part 1 of my contribution of the Year of the Cat group build. The finished model, if all goes well, will follow to the final in February 2018.

See the story of the build here: http://imodeler.com/groups/year-of-the-cat/forum/topic/du-cat-i-916-tamiya-112/ 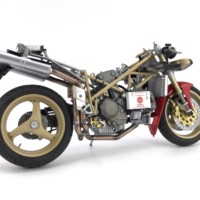 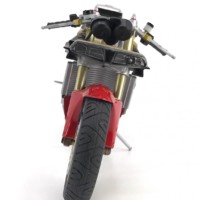 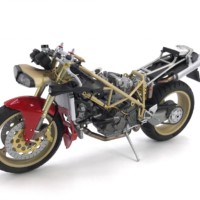 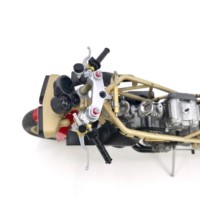 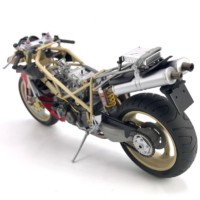 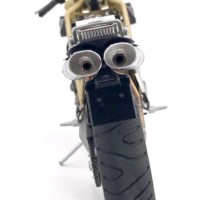 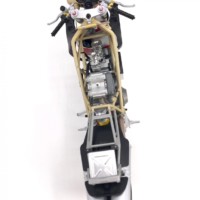 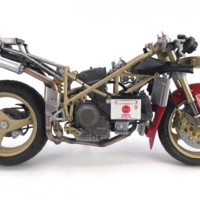 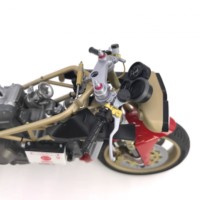 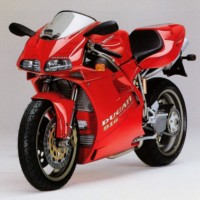 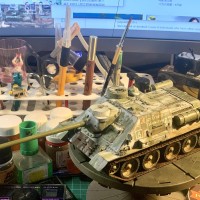 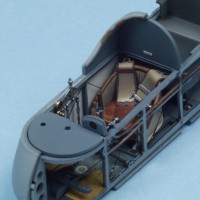 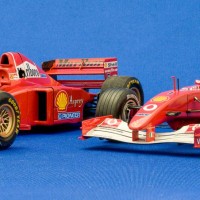 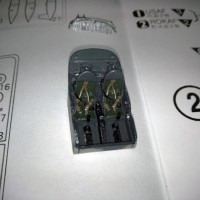