1. Every modeller’s desk comes with a black hole beneath it that swallows parts. Only on rare occasions does it see fit to spew one back at you;
a) only the highly scratch-built parts or ones that have no replacements will fall into this black hole.
b) the probability of dropping a part is inversely proportional to the size of the part;
c) the closer the match of a part and the floor, the greater the probability of dropping the part;
d) a dropped part will bounce to the most inaccessible area of the room. (allowing you to mark the boundaries of your black hole;
e) as soon as you quit looking for the missing part you will probably step on it.

4. Dollar for dollar and pound sterling for pound sterling the absolute best value is a figure of a seated pilot. Simply put ‘it fills the hole’ that some modellers would rather detail-up with expensive aftermarket resin/PE on the mistaken assumption that so-doing would bring their model closer to Perfection.

5. No matter what your method of sealing your paint bottles it will go bad two days before your intended project.

6. The amount you pay for a new paint brush is directly proportionate to the probability that you will inadvertently dip it in your coffee or a blob of super glue or both.

7. Whatever you purchase for your hobby will go on sale a week later.

8. All manufacturers hold their releases until they are absolutely sure that you just spent six months scratch-building your version;
a) there is ‘NO’ such thing as a perfect kit;
b) half built vacuform kits impress people with your skill;
c) a completed vacuform just looks like another model.

9.There is no substitute for a well oiled Dremel motor tool.

10. Humbrol paint will always be the best paint in the sorriest container.

11. X-acto scars on your fingers are a given. Learn to live with them.

12. Sooner or later you should buy an airbrush, the simpler the better.

13. Half of the washes you apply will be done on the areas of your paint scheme that are not dry yet. But you’ll do it anyway just to be sure.

14. Lacquer thinner odours can be smelled by your family members from the basement through a solid core door.

15. If you find something you like, buy a lifetime supply, because they will quit making it just to spite you.

16. The kit instructions may be very interesting, (especially concerning colour notations) but are often suspect if not downright wrong.

17. Tossing a finished, expensive model kit against the furthest wall in your basement at 90 mph is the most sincerest form of self-criticism. But it doesn’t live up to the acclaimed rush that is supposed to follow.

18. You will NEVER get all those models built!

19. The probability of finding an error in a built model increases exponentially after you’ve entered it in a contest;
a) the more important the contest the greater the sense of foreboding about the error.

1. As soon as you scratch-build a model, a manufacturer will release a vacuform kit of it.

2. As soon as you finish the vacuform kit, an injected moulded version (this includes slush plastic, resin or metal) of the prototype will be released.

3. As soon as you convert the injected moulded kit of the prototype to the version you want, your version will be released by another manufacturer who will include the refined versions of the decals, resin or photo etch that you had suggested to them on their website. But they will not mention you or provide you with gratis examples for your trouble.

4. You can’t win (Because manufacturers will inevitably simplify their processes.).

5. You can’t break even, unless you value your own work.

6. But, you can open a website and publish an article that will give you a chance to review their kit and point out its flaws!

The Law of Finite Differences

Specifically the ‘Law of Finite Differences’ in modelling states that in most people’s minds, the line between being different and being weird is thin and easily crossed. Also note that no one of your family or friends will ever take you seriously until you make money at this. Then, it’s no longer a hobby. Now you have two jobs and no way to relieve the added stress (The corollary is: don’t take yourself too seriously about your hobby. Enjoy it.).

The ‘Thick Thumb Theorem’ states that the difficulty in reaching a seam union, so as to sand smooth said seam, is directly proportionate to the mismatch of the parts by both the manufacturer’s desire for simplicity and the resultant attempt of the modeller to correct the seam error. Hence the reason we all tend to feel like a Rhino gluing petals on a rose at times.

1. If it doesn’t matter, it doesn’t matter (The corollary, however, is that this moot point will take up most of the meeting to discuss. This applies specifically to grudges against other modellers, clubs or contest Committees.);
a) all modelling clubs are part of the one community, and if you want to bicker with another club about something that happened five years ago, you should be doing it somewhere else;
b) all modelling clubs are also part of the wider community, so take the hobby to the wider community where possible and it will grow.

2. All models are made equal. It’s the effort and the enjoyment that count, not the pompous attitude of a modeller.

3. Whatever you want to say, it’s okay, and we all want to hear it, within the context of (1) and (2) above;
a) the number of prizes you have collected does not make you an expert;
b) sharing is important; everyone wants to learn;
c) it’s okay to be wrong; mistakes help you to learn;
d) a smart-a*s criticism can be devastating; if you can’t be constructive, you shouldn’t be here;
e) a model is a model is a model; it’s not an actual aircraft/tank/car/ship, et al.;
f) if I can’t see your details, they can’t be admired;
g) being the Club President five years running does not make you a better modeller. It just means that either the club respects you or they all have lives other than modelling;
h) contrary to popular belief, beer does not make for better meetings, only drunken ones;
i) LISTEN AND YOU MAY HEAR SOMETHING;
j) a motion to adjourn to the nearest coffee shop or restaurant is always in order. There, disagreement may be dealt with directly in the adjoining car park, quite possibly under the watchful eye of the local constabulary.

And finally, what makes a satisfying model is the attitude of the modeller: be of good cheer. Go forth, and model!

34 responses to The Rules of Modelling, by The Unknown Modeller 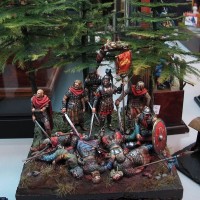 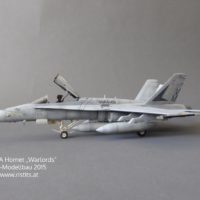 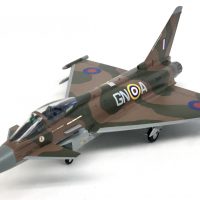 Bob Typhoon! Nice to meet you. 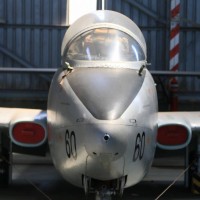