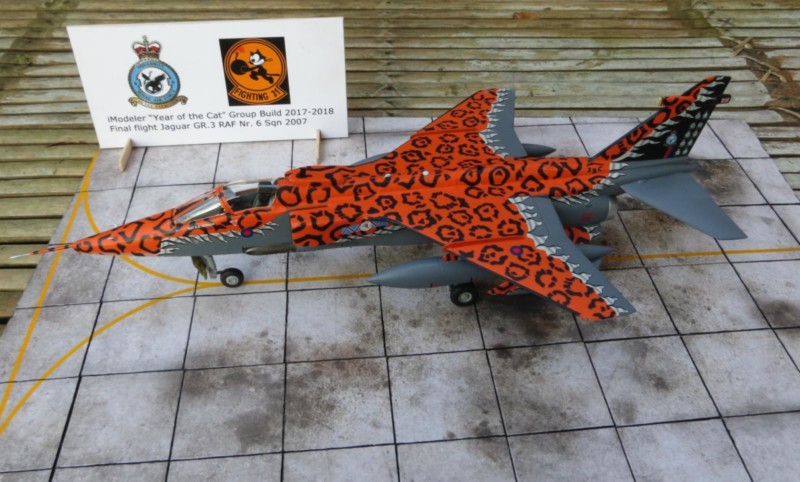 I’m very pleased I can present my Big Cat in my first group build here at iModeler.
It has been quite a challenge but great building fun at the same time. In between trying to catch up with everything going on here at iModeller.

Now for the Italeri kit of my subject, it is the older Jaguar kit which has been turned out again by Italeri with the huge amount of decals to get the jaguar skin.
The special paint job was applied for the farewell flight of the Jaguar last flown in 2007.
No. 6 squadron had the honours of being the last British squadron to fly this aircraft.
The building came with some interesting challenges, but with patience and putty you can overcome the most of them.
Building the landing gear, main gear and nose gear as well, is quite fiddly.
The decals are a story on their own. Very well printed but also very thick they consumed a lot of decal fluid to get things right.
A lot of good pictures of the real version can be found on the internet and they were a great help for some of the details.
After the finishing touches I decided to make a platform and a small billboard with the GB mascotte on it as well.

Thank you Louis for starting this GB, there is a lot of nice cats in progress.

I hope you like the “Big Cat” or “Spotty” as it was also called.
Cheers,
Ferry 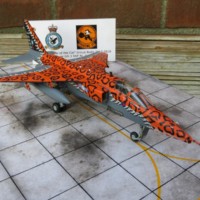 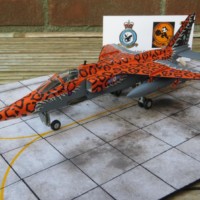 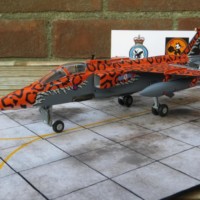 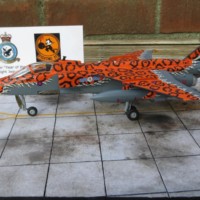 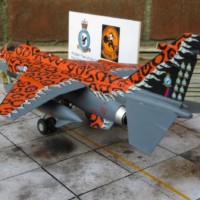 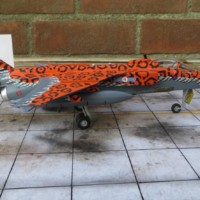 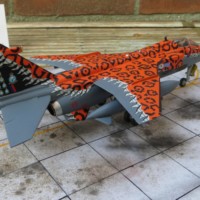 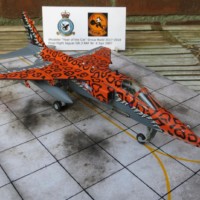 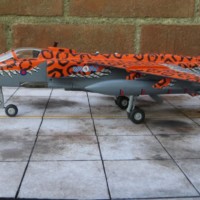 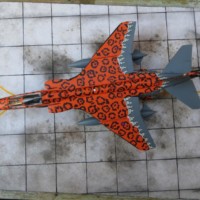 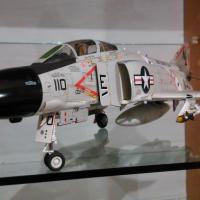 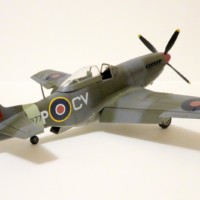 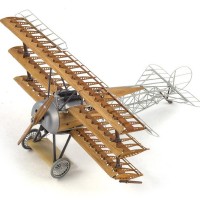 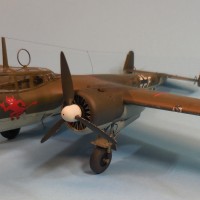