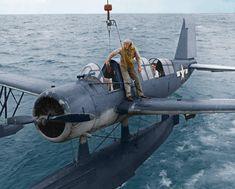 Lt. Samuel ‘Ted’ Hutchins of Port Charlotte, Florida, climbs out of his Chance-Vought Kingfisher as it is hauled back aboard the USS South Dakota (blow) on January 22nd, 1945. Hutchins rescued Ensign Stark (seen in the rear cockpit) after his Hellcat ditched after being shot down just off Okinawa. 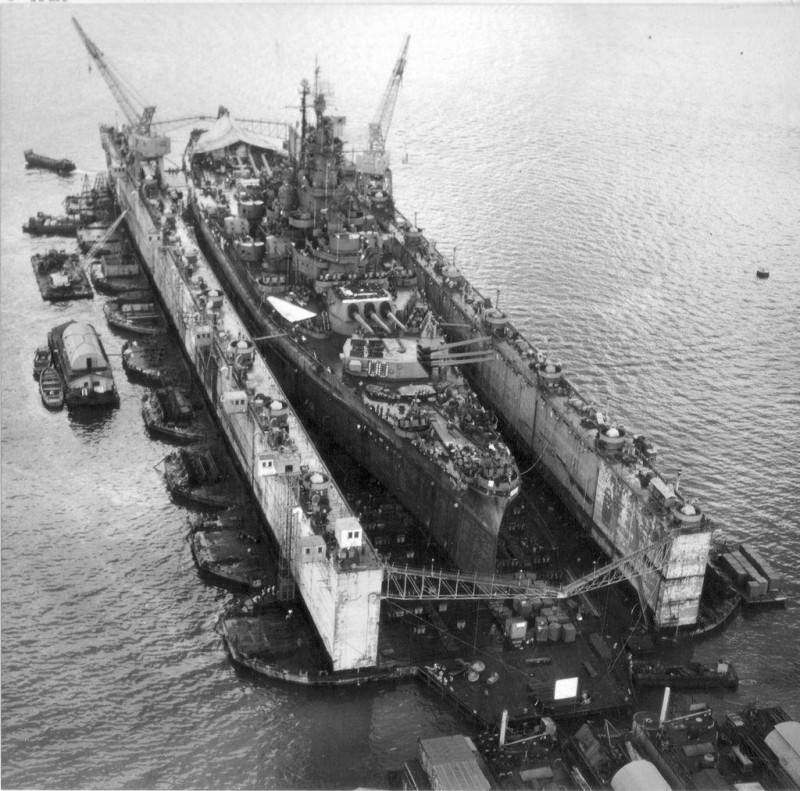 Hutchins recalls, “they launched me and another Float Plane and we were immediately joined by two Hellcat escorts who were our escorts. They flew cover over us while we picked up the downed pilot. “We found Ensign Start floating in a one man, yellow life raft five miles off Okinawa. I flew my OS2U near him and taxied over to Stark, a fighter pilot from the Carrier USS ‘Wasp’”. 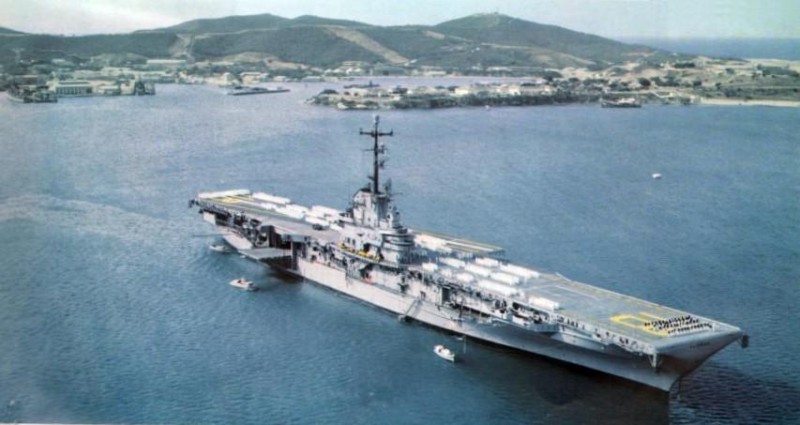 “He grabbed my float struts. I wanted him to climb up the ladder to the wing but he was so weak I had to shut off the engine, climb on the wing, and help him up the ladder. Stark got into the rear cockpit which was vacated by my radio operator back on the Battleship,” Hutchins said.

After I got him back into the cockpit I saw a slash near the plane. Then I saw some more slashes. Japanese gunners were firing five inch canons from Okinawa”. Just whe the situation was nearing FUBAR, Hutchin’s engine wouldn’t start.

“My engine started with shotgun cartridges. I was supposed to have a box of a dozen cartridges but I had three”. The first two cartridges fizzled. I had one left…I put the last cartridge in and held my breath. It fired and the engine started”.

Glad to say, as can be seen in the photo, both pilots made it home without further incident. 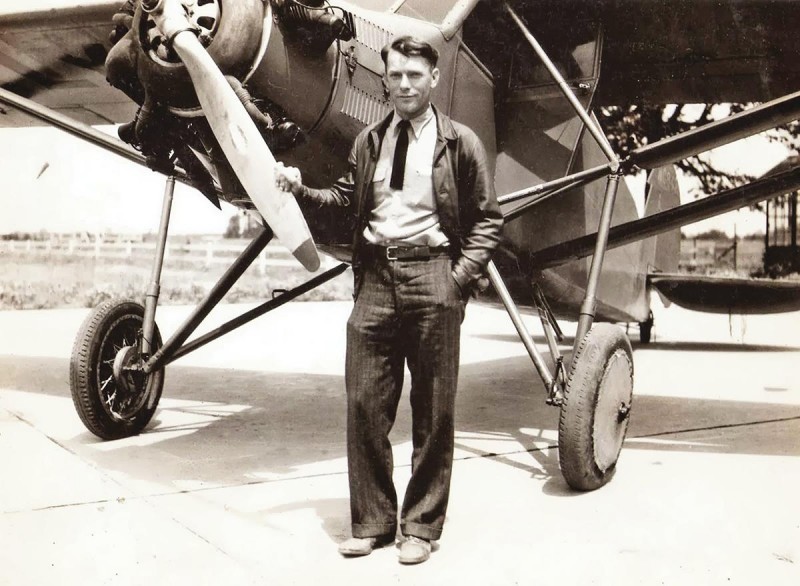 When Douglas Corrigan was born today in 1907 he was named “Clyde” after his father. His mother, Evelyn, however, often called him “Douglas” after her favorite movie actor, Douglas Fairbanks, and Corrigan (perhaps tellingly) later adopted it as his official name. An airplane mechanic and barnstorming pilot, he became an international folk hero in 1938, when he completed a solo, nonstop flight from New York City to Dublin without any of the necessary permissions from the federal Bureau of Air Commerce.

He claimed a “simple navigational error” in his poorly equipped old plane made him fly the wrong way over the Atlantic Ocean, ‘mistaking Ireland for California… He soon became famous for this staggering feat, his rather ‘tall’ story and his smiling challenge to authority. He earned the nickname “Wrong-Way” Corrigan. 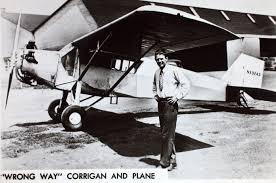 Corrigan worked on Charles Lindbergh’s iconic plane, “The Spirit of St. Louis” when he was younger and made his own famous trip in a used 1929 Curtiss Robin monoplane, purchased five years earlier for only $325. He had modified the craft for long flights but was repeatedly refused permission to complete a transatlantic journey. Federal officials felt his plane could not complete the trip, despite Corrigan setting a new cross-country speed record (27 hours, 50 minutes) on a flight from San Diego to New York.

Not to be discouraged, Corrigan left Brooklyn, New York, at 5:15 a.m. on July 17, 1938. Conditions weren’t good, and he was instructed to fly east until he cleared the fog, then turn west to California. He never made that turn. In his cockpit he had water, two boxes of cookies and a couple of chocolate bars. Twenty-eight hours and 13 minutes later, he landed at Baldonnel Airport in Dublin. Having flown 3,150 miles, he claimed he “had been following the wrong end of the magnetic needle.” Officials were skeptical, but Corrigan continued to claim, “That’s my story.”

When he returned to the United States, he was honored with a ticker-tape parade in New York City. An estimated 1 million people showed up — more than had appeared for Lindbergh. The New York Times ran a humorous front page… 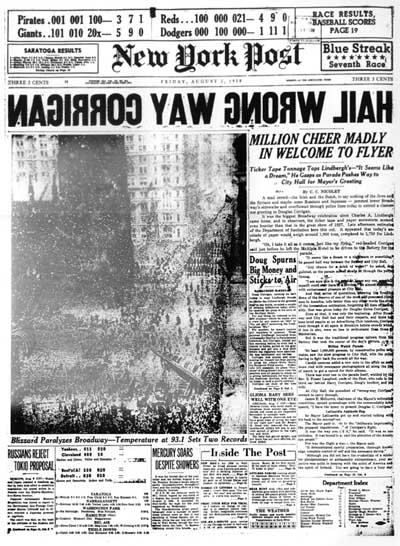 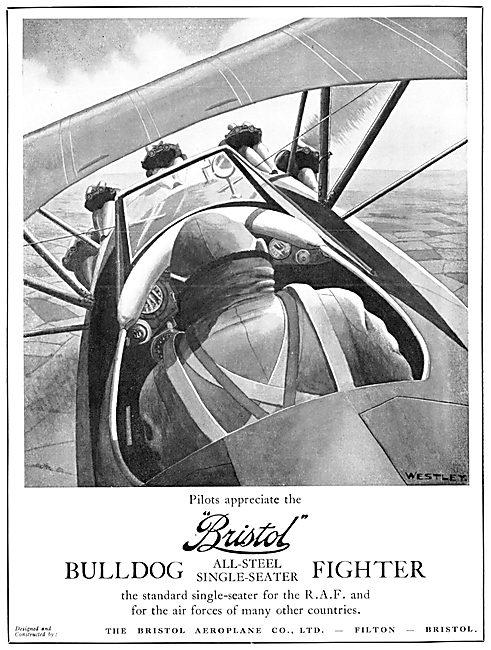 Following a recent post on the British women pilots of the the Air Transport Auxilliary, this is their American counterparts; WASP pilots at Laredo Army Air Force Base, Texas, 22nd January, 1944; note B-26 Marauder, AT-6 Texan, and C-56 Lodestar aircraft in background, showing what a variety of aircraft these women flew. 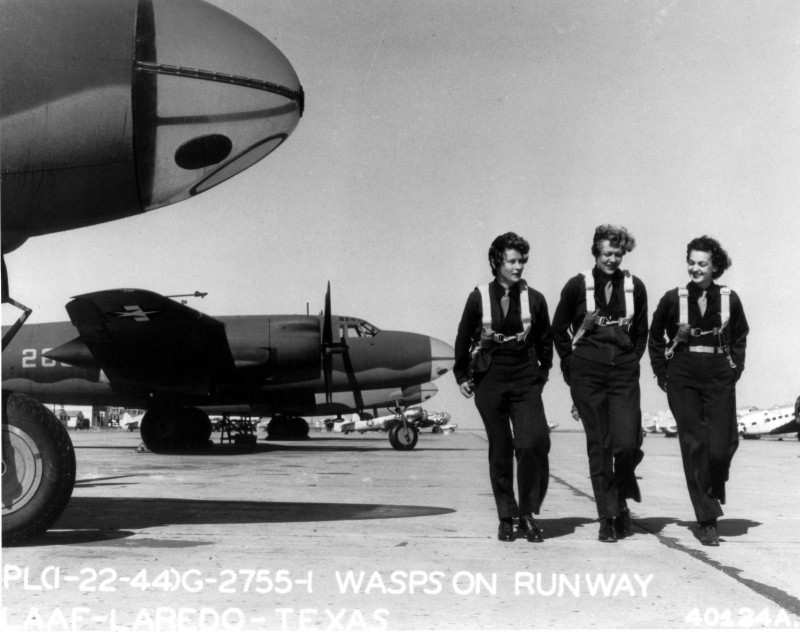 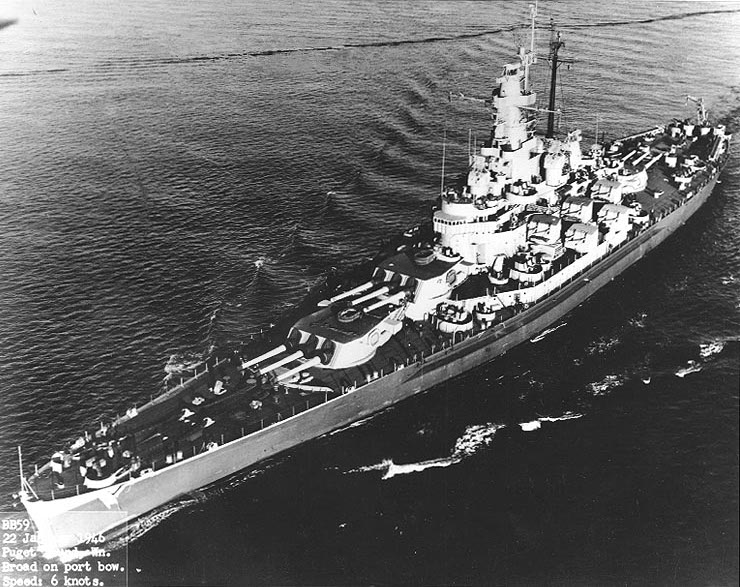 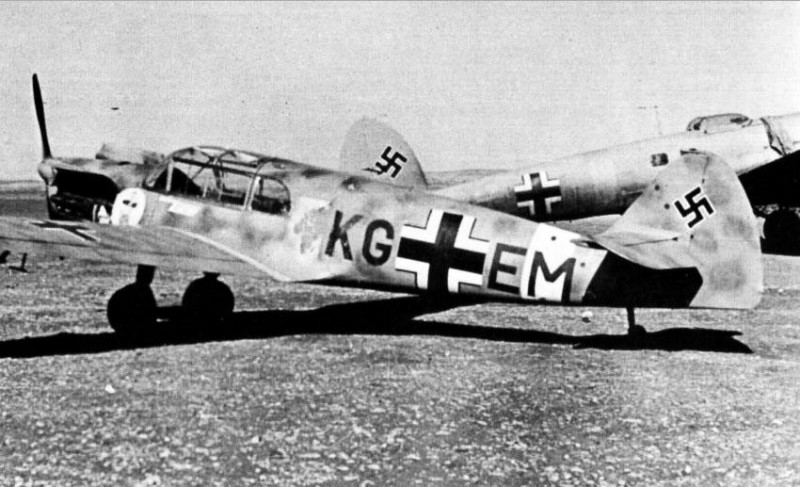 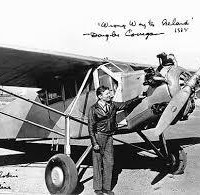 7 responses to On This Day…January, 22nd 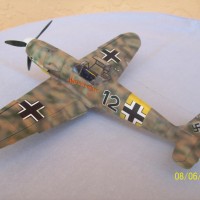 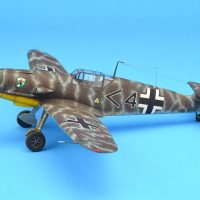 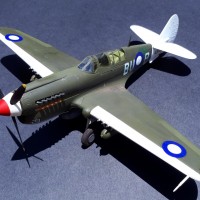