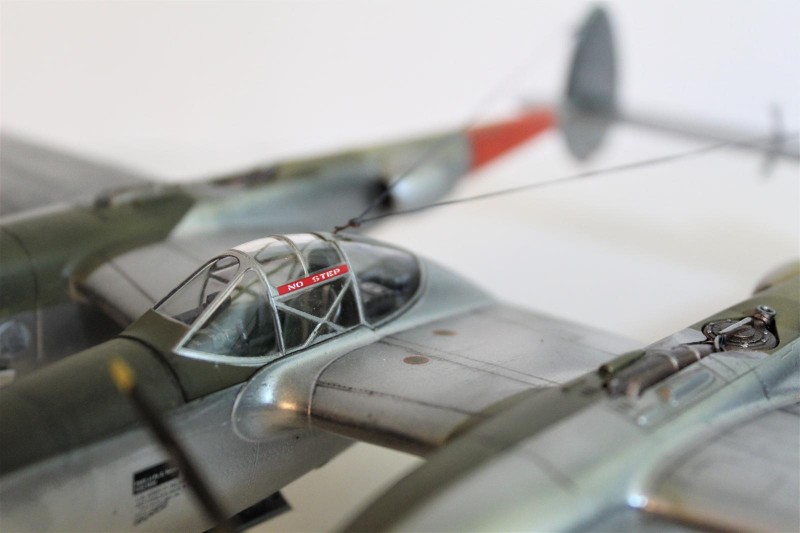 The p-38 lightning was America’s darling fighter on Dec 7 1941…it was like look what we’ve got for you…Doolittle called it the “sweetest plane in the sky”…and it lived up to it’s hype in the Pacific theatre as it shot down more Japanese planes than any other even ambushing Admiral Yamamoto the mastermind of Pearl Harbor…perhaps it should have been called the Avenger…it’s twin engine gave it long legs over vast expanses of ocean and it was perfect for the steamy jungle air and rain of the South Pacific.MacArthur asked for 50 P-38’s and General Kenny’s 5th AF turned the tide in the Pacific.

However when it reached the green fields Europe it didn’t fair nearly as well…Oh course some Pacific pilots claimed the Euro front pilots weren’t as good but the reality was the frigid temperatures at 30,000 feet turned it into a slug …especially against German pilots and machines used to that theatre…many critics say the P-38 was far too complex and hard to learn on a novice pilot entering combat with very few hours in the type, maybe as few as 25…

The long-range P-38 Lightning made many important contributions to the allied victory in Europe, including being the first allied fighter to escort 8 AF bombers to Berlin. In the Fall of 1943, the Lightning staved off defeat for the 8th in the daylight bombing campaign of Germany, the bleak Schweinfurt period

Robin Olds whom i once had the great privilege to meet said “I loved the P-38 but I got those kills in spite of the airplane, not because of it ..The fact is the P-38 Lightning was too much airplane for a new kid and a full-time job for even a mature and experienced fighter pilot. Our enemies had difficulty defeating the P-38 but, as much as we gloried in it, we were defeating ourselves with this airplane.”… but you have to remember at the beginning of WW11 the American Air Force had no idea how to even fight another air force.

To start off the Lightning was probably the most frigid of all allied fighters as no allied fighters had any heat to speak of…in the p-38 you sat in a gondola between the two engines so you didn’t even get the benefit of engine heat blowback…there were ineffective ducts but they froze…the electric long johns didn’t work for them, probably burned them so they had no choice..many a pilot had to be helped out of the cockpit and propped up by ground crew after 8 hours to Berlin and back.

The P-38’s combination of Allison inline engines and GE turbocharger turned out to be dangerously unreliable in the very cold (-60F) high-altitude conditions over Northern Europe in the winter. Sometimes the turbo control would get stuck at the wrong level – giving different boost on the two engines and thus mismatched thrust; if you didn’t change the pitch, throttle, and boost settings in the right sequence, the engine might completely blow itself up…but his nose-mounted 20mm cannon and four .50-caliber machine guns were shredders in the hands of a pilot who knew and loved the type.The P-38 performed usefully but suffered from a number of problems. Its Allison engines consistently threw rods, swallowed valves and fouled plugs, while their intercoolers often ruptured under sustained high boost and turbocharger regulators froze, sometimes causing deadly failures…pilots referred to it as the Allison time bomb…the P-38j model’s enlarged radiators were trouble-prone. and Improperly blended British fuel exacerbated the problems: Anti-knock lead compounds separated in the Allison’s induction system at extreme low temperatures. This could cause detonation and rapid engine failure, especially at the high power settings in combat…many of the P-38s assigned to escort missions were forced to abort and return to base. Most of the aborts were related to engines coming apart in flight due to intercoolers that chilled the fuel/air mixture too much. Radiators that lowered engine temps below normal operating minimums. Oil coolers that could congeal the oil to sludge. problems that could have been fixed at the ground crew level but they were not.”

Col. Rau wrote with trepidation…when a kid is bounced He must turn, he must increase power and get rid of those external tanks and get on his main [fuel tank]… “So, he reaches down and turns two stiff, difficult gas petcocks to main, turns on his drop tank switches, presses his release button, puts the mixture to auto rich (two separate and clumsy operations), increases his RPM, increases his manifold pressure, turns on his gun heater switch (which he must feel for and cannot possibly see), turns on his combat switch and the gunsight bulb which has been turned off to preserve it, then he is ready to fight.” …“At this point, he has probably been shot down,” … “or he has done one of several things wrong. Most common error is to push the throttles wide open before increasing RPM. This causes detonation and subsequent engine failure.,,,

The US Air Force rushed two P-38 combat groups to England and they racked up their first aerial victories…as one pilot wrote “We were arrayed against the Luftwaffe and they were facing us head-on,” and one of the pilots turbocharger regulators froze, causing catastrophic failure…We weren’t winning

With an 1100 mile radius or 2400 miles with tanks and engine feathering she ruled the Pacific expanses…and with time to bring herself up to a fighting airplane she was a formidable opponent in warm climates at lower altitudes…a marvelous tropical aircraft but overly complicated for pilot or mechanic… nonetheless a great plane in the hands of the right professionals…unlike the mustang and spitfire she just couldn’t quite git-r-done in Europe even though they managed to knock down 1800 enemy fighters with a loss of 450 P-38’s over Europe and she turned into a formidable ground attack, pathfinder and photo recce aircraft as well as fulfilling the early night fighter roll 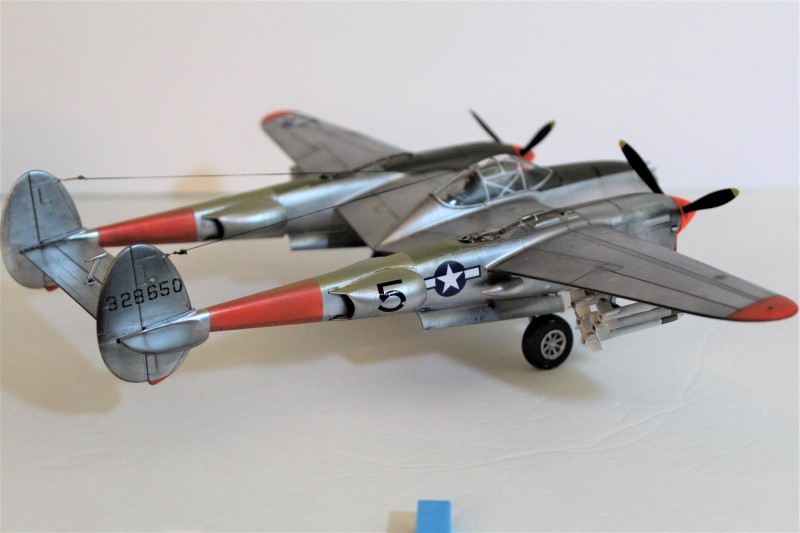 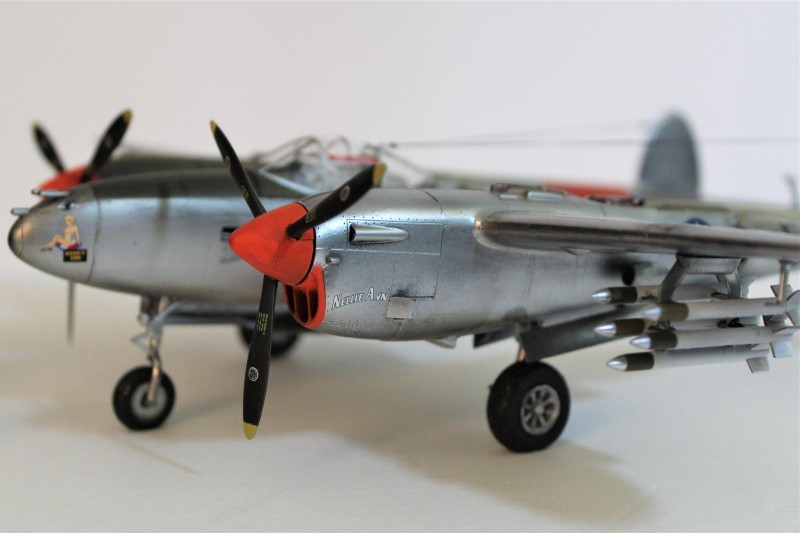 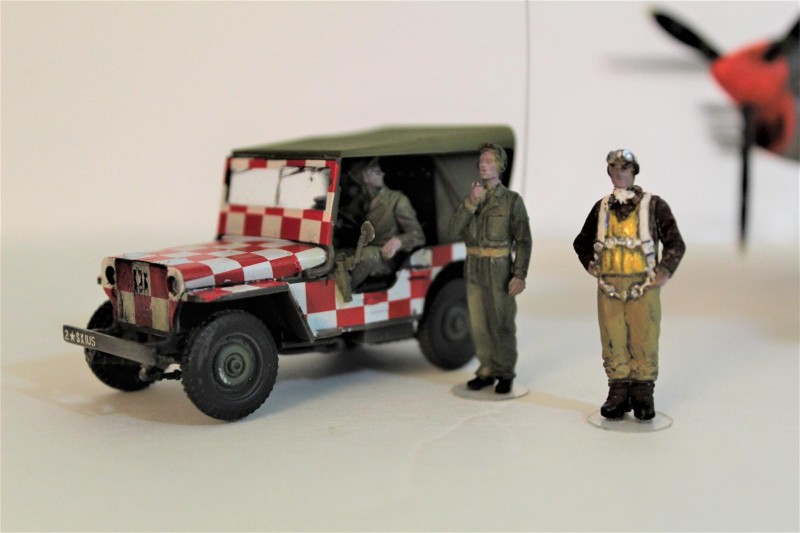 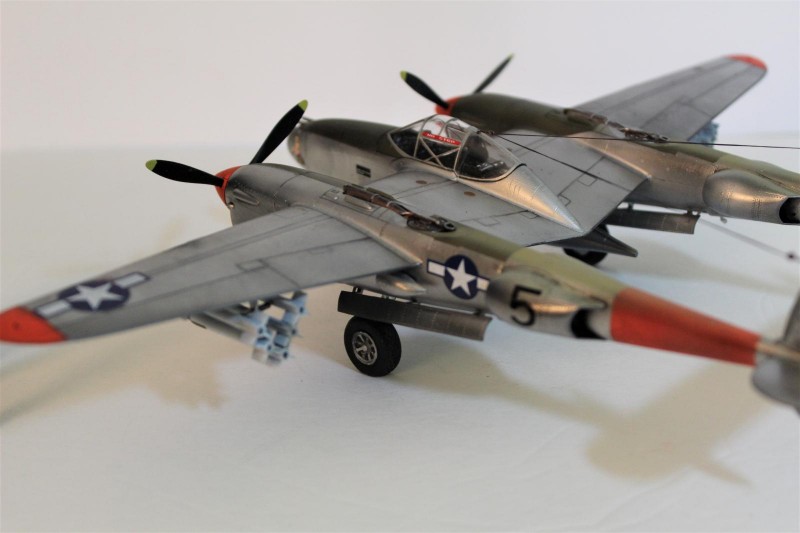 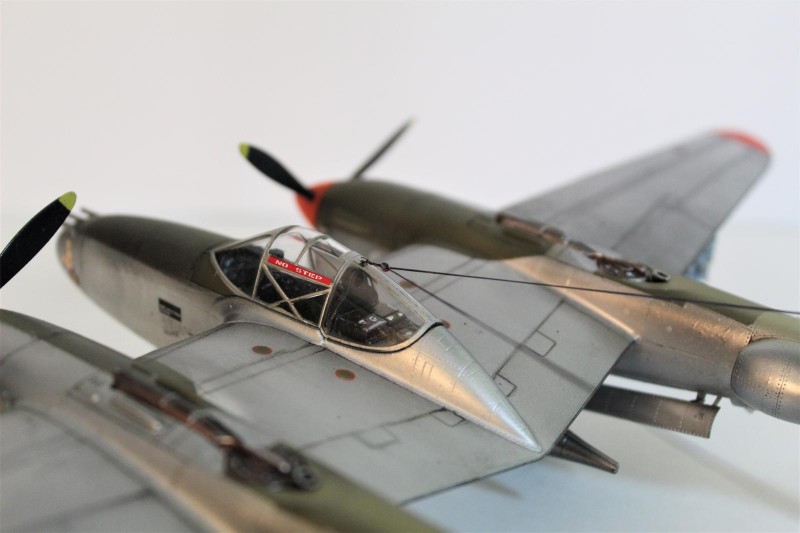 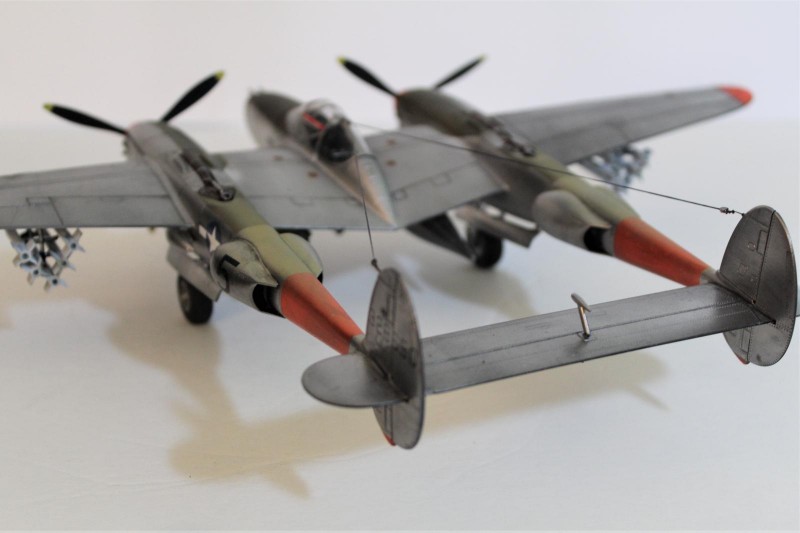 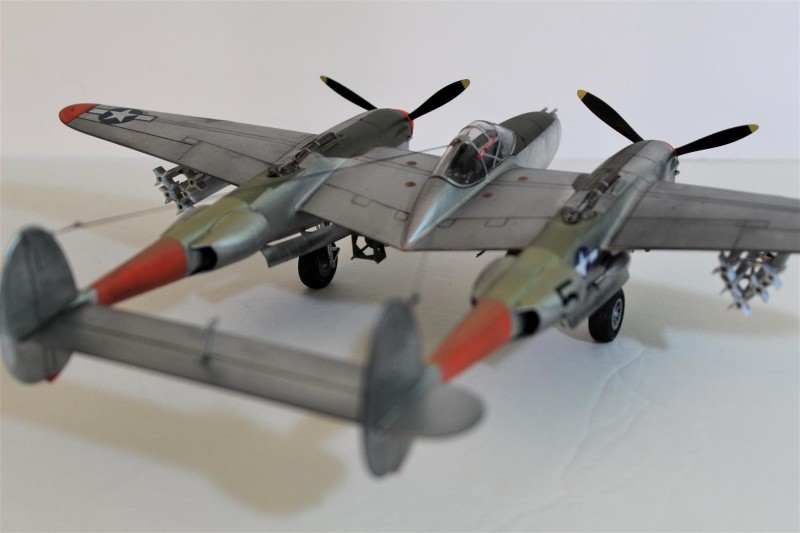 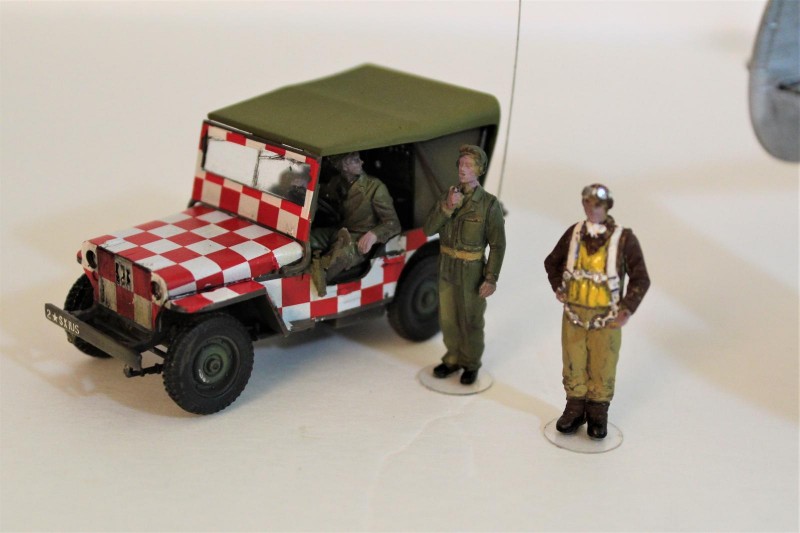 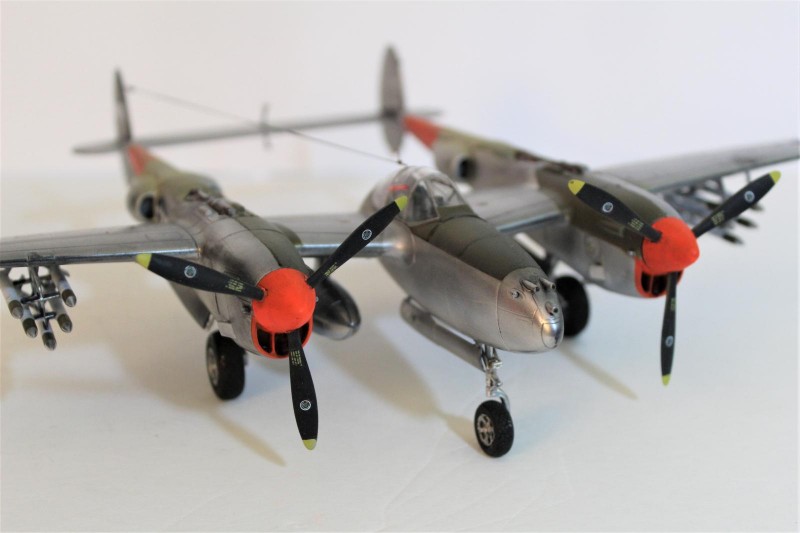 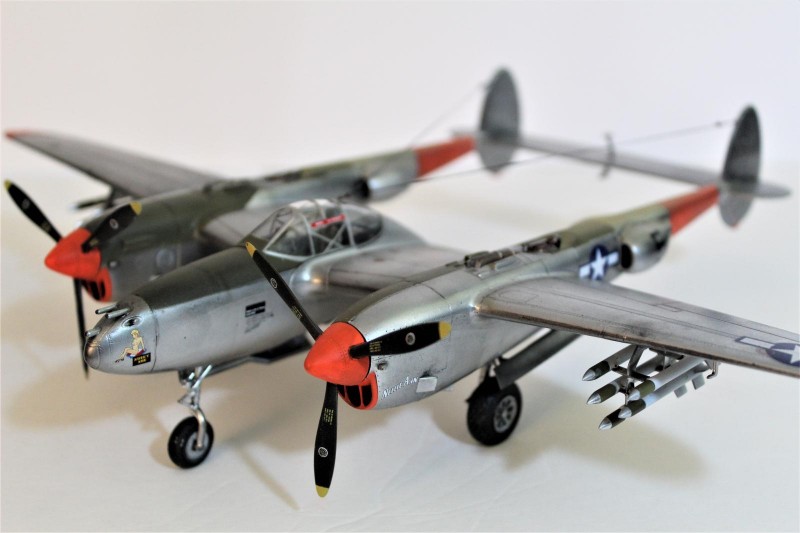 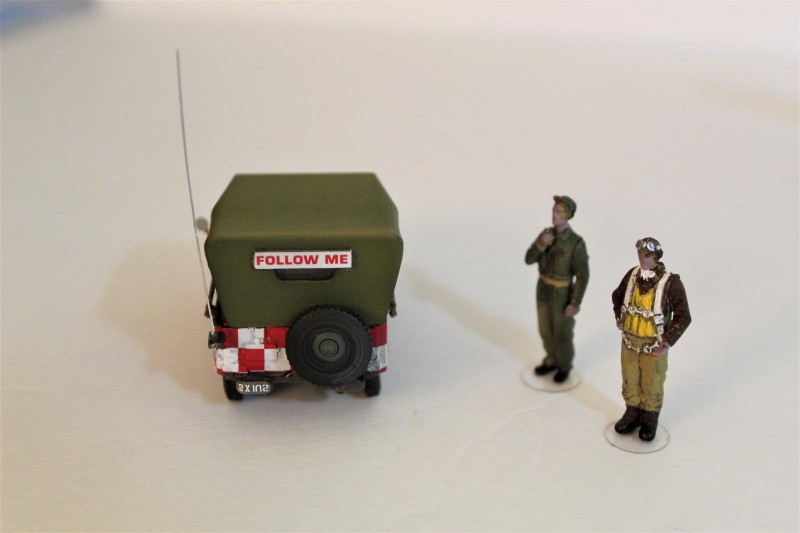 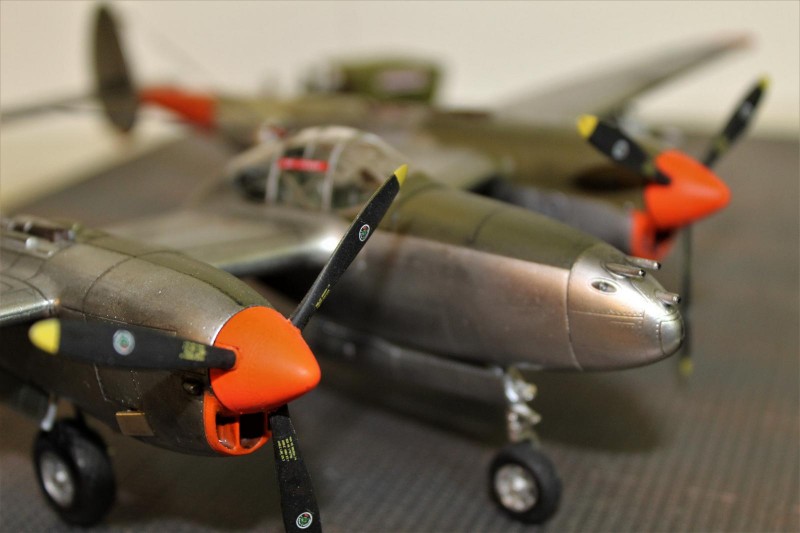 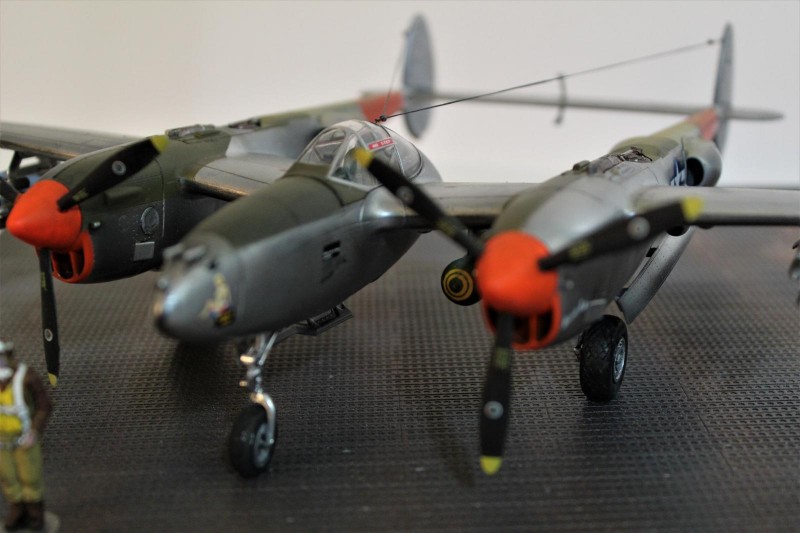 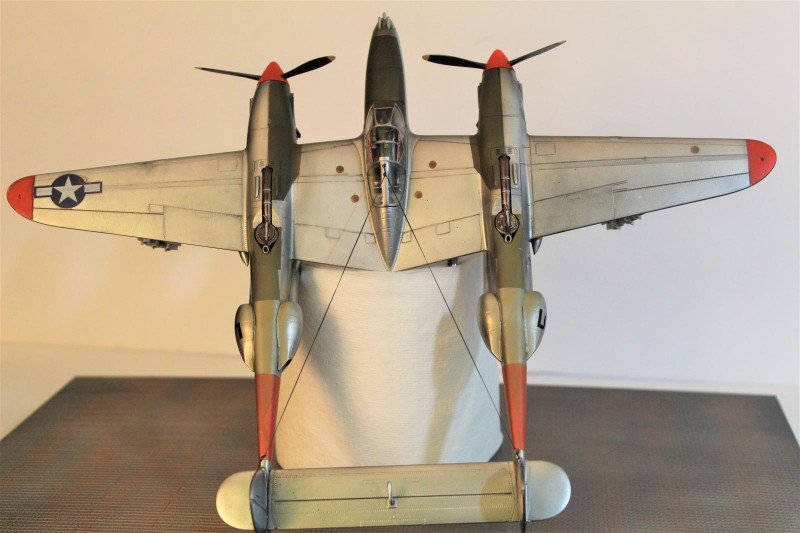 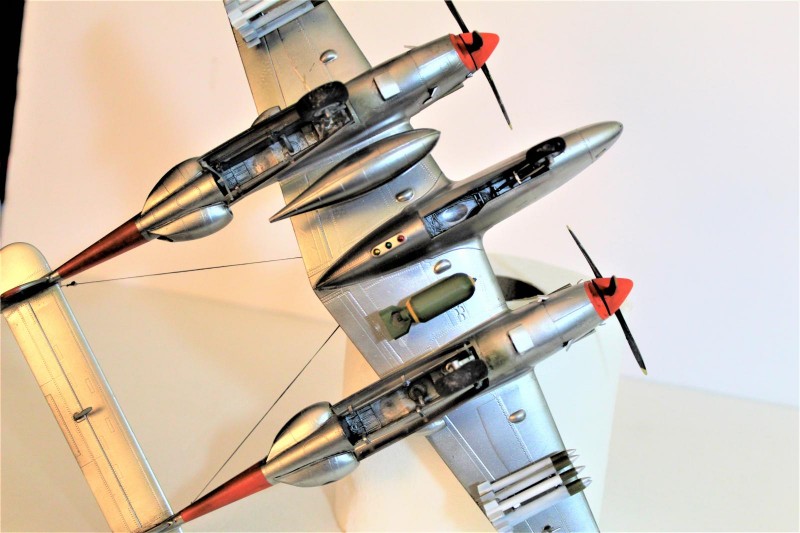 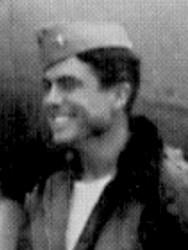 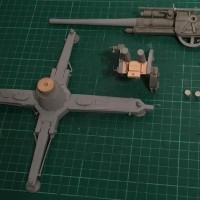 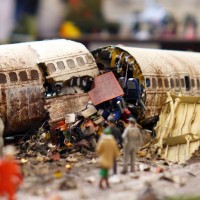 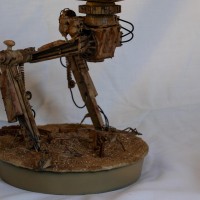