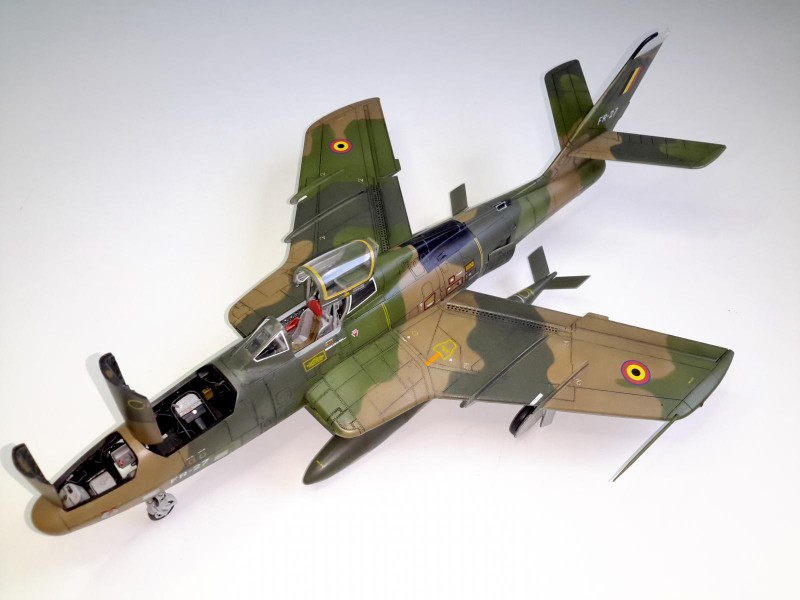 Between 1955 and 1958 24 Thunderflashes (FR1 – FR24) were delivered to the Belgian Air Forces . To cover for losses by accidents 6 additional aircraft (FR25 – FR30) were bought by the Belgian Air Force in 1963, these aircraft were former U.S.Air National Guard jets. In January 1965 another 4 aircraft (FR31 – FR34) were bought from the German Luftwaffe. After the introduction of the Mirage, the remaining Thunderflashes were put into storage at Koksijde and scrapped, the ‘national’ aircraft were kept for preservation purposes at various locations.

FR27 firts stored at Koksijde, then preserved at Florennes airbase, is now a monument at Spa-La Sauvenière airfield (near francorchamps circuit).

This model comes from Tan Model kit with some scratch parts in camera bay and landing gear. 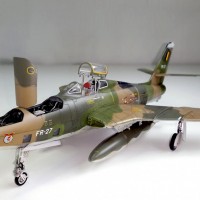 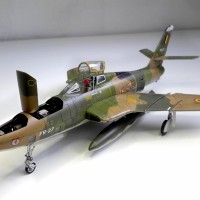 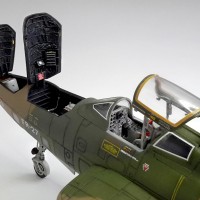 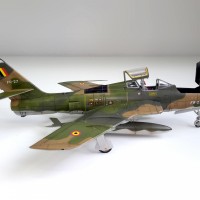 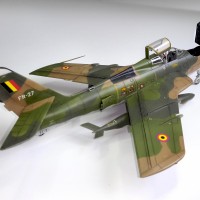 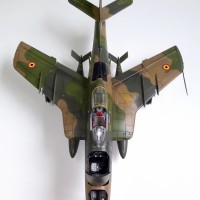 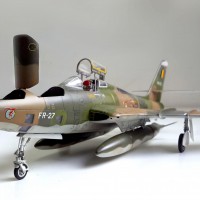 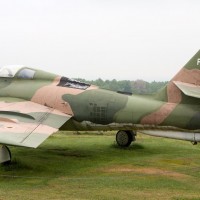 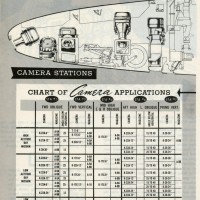 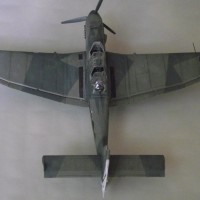 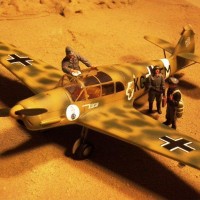 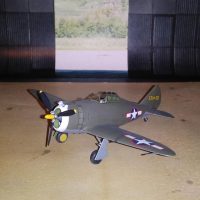