On This Day-Lets Go Home

21 July 1969, the astronauts have been on the Moon for 21 hrs, Gathering samples, monitoring seismic activity among other tasks. Having achieve their primary objective, time to pack up and prepare to depart the Moon. 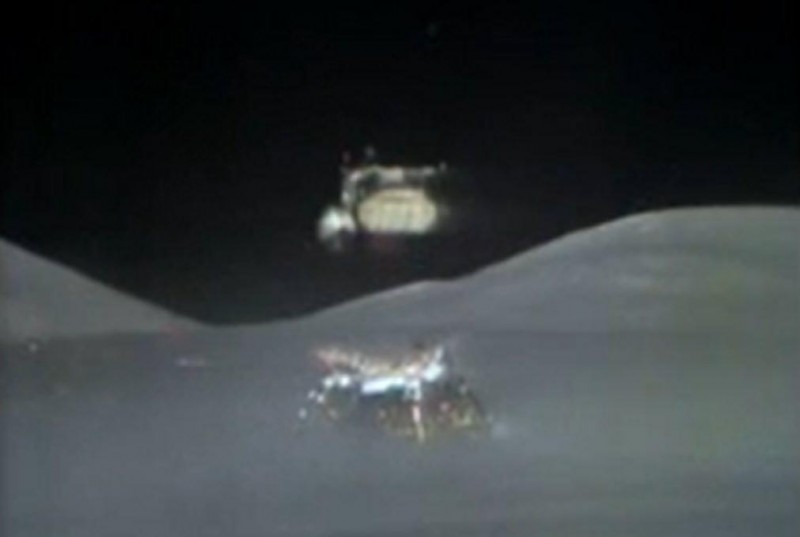 As the Astronauts prepare for the launch sequence for ascent. Aldrin has accidentally damaged the circuit breaker that arm the main engine to liftoff the Moon. Some concern, but Aldrin that a simple felt marker can do the trick to activate the switch, which worked. After a 7 hour sleep period, it was time to go. At 17:54 UTC the Eagle lifted off to rejoin Collins aboard Columbia. Leaving behind Apollo 1 mission patch in memory of Grissom, White and Chaffee who died in the fire. Also two memorial medals for Russian Cosmonauts Vladimer Komarov and Yuri Gagarin who died in 1967 and 1968 respectively. A memorial bag containing and olive branch which was a symbol of peace, a silicon disk that contained goodwill statements from Presidents Eisenhower,Kennedy,Johnson and Nixon as well as message from 73 world leaders in their language.

Meanwhile in Columbia Michael Collins was preparing to rendezvous with the Eagle. Alone for one day, Collins kept busy with one minor issue made aware to him by Houston. To monitor the temp control for the coolant, it was getting too cold. Collins resolved the issue by turning the switch off and then back on again. As the Eagle approaches. The guidance is deployed to track and guide the Eagle to the Columbia.

Eagle as seen approaching the Columbia 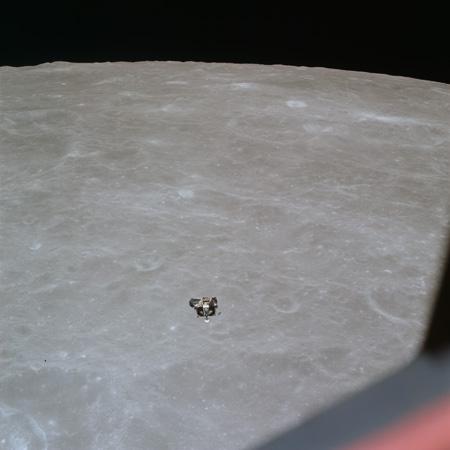 A bit closer now as it prepares to dock with the Columbia, great shot of the Earth in the background. 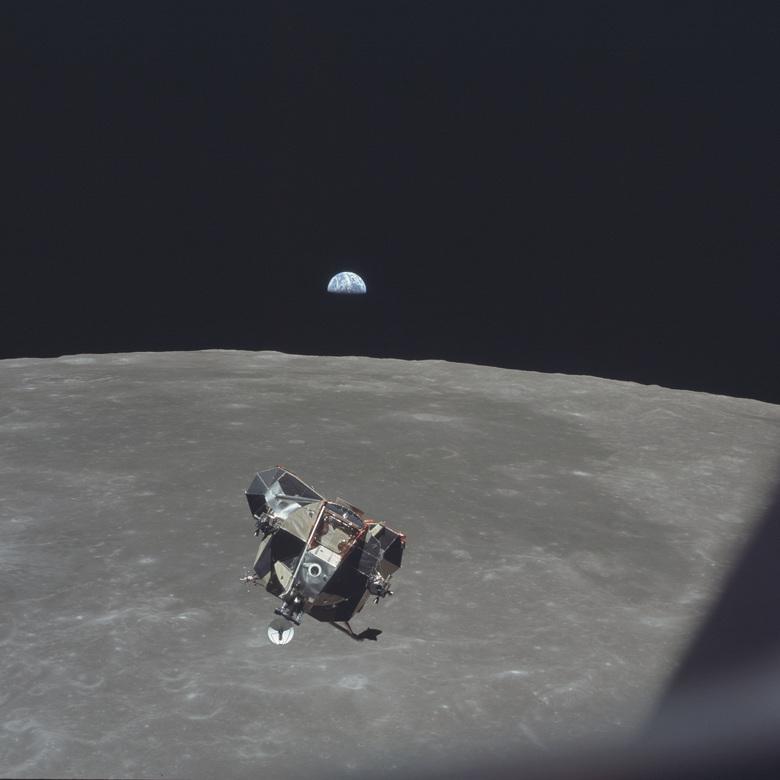 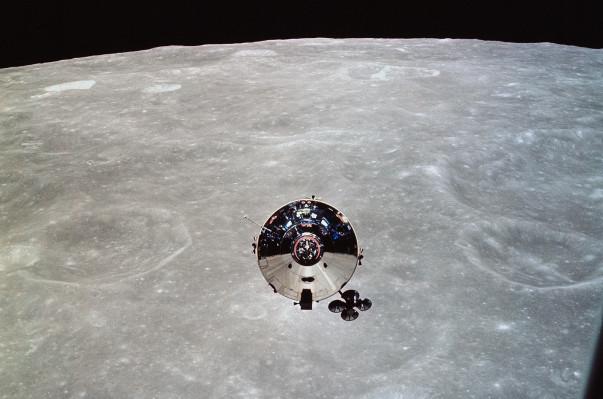 The Eagle before rotating into position. 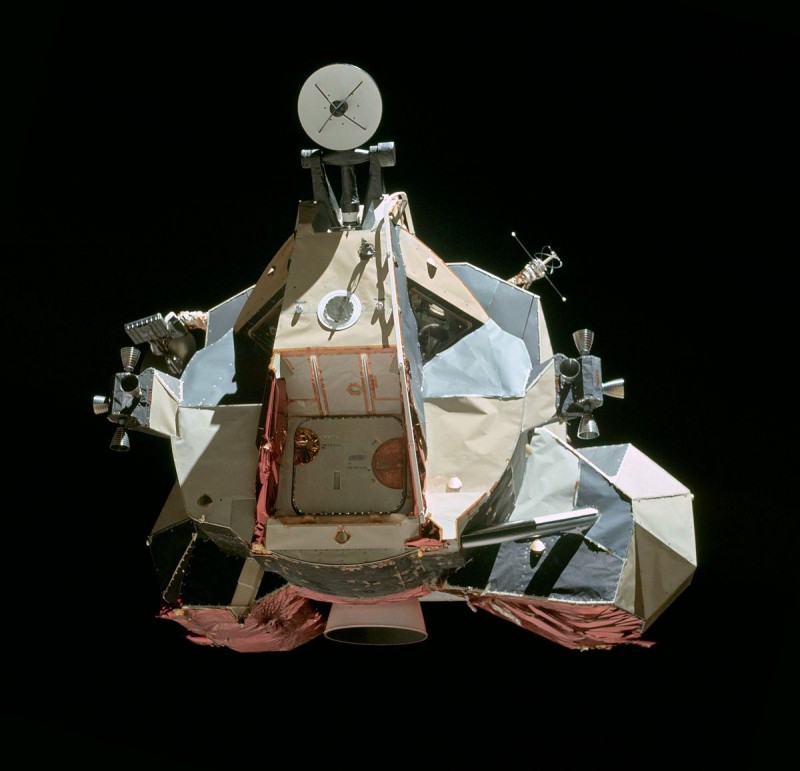 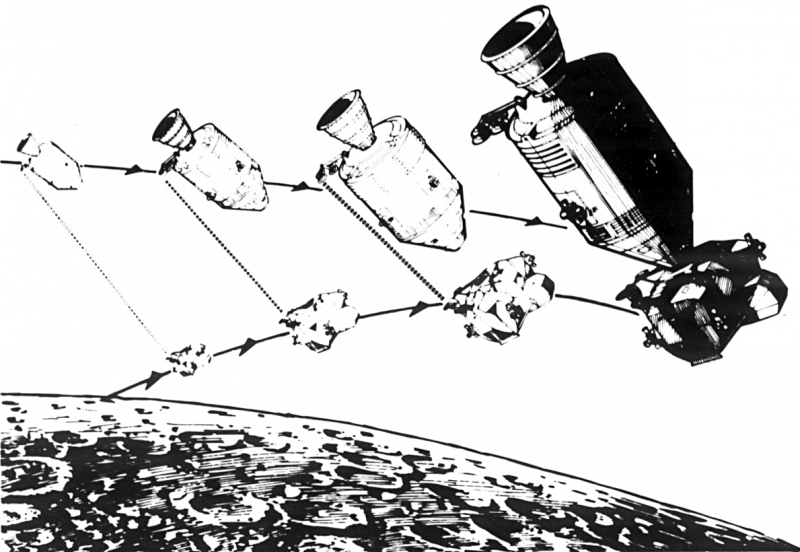 The Eagle has docked with the Columbia successfully at 21:35 UTC. After Armstrong and Aldrin along with the samples return to Columbia. At 23:41, the Eagle ascent stage is jettisoned.

Now the journey home to Earth. Here is the trajectory from Earth to the Moon and back to Earth. 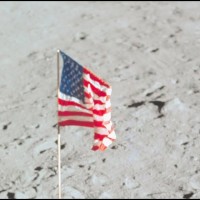 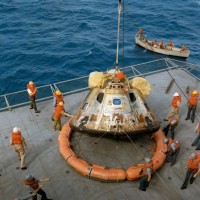 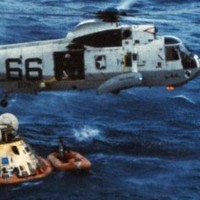 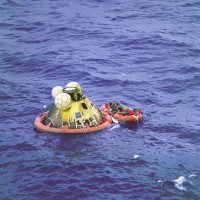 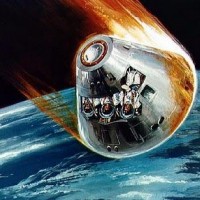 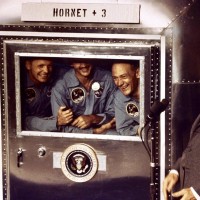 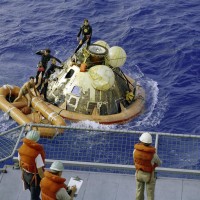 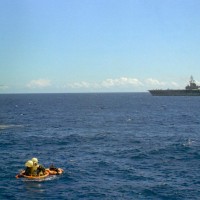 19 responses to On This Day-Lets Go Home 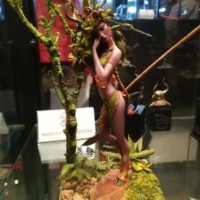 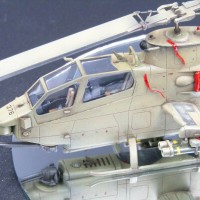 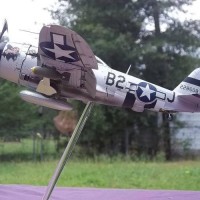 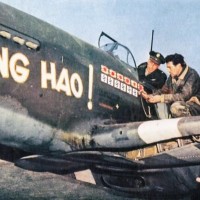