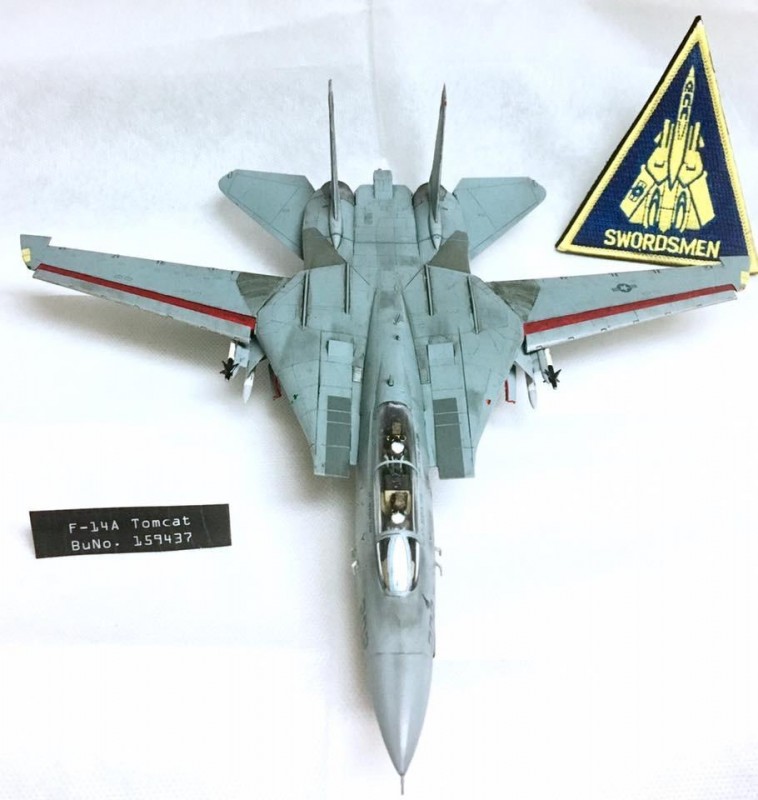 History: On January 4, 1989, two US F-14 Tomcats of VF-32 Swordsmen downed two Lybian Mig-23 floggers. The Tomcats were AC-207 flying lead and AC-202 as wingman. initial speculation was that it was AC-204 flying wing but since then, declassified information has shown that it was indeed AC-202 (BuNo. 159437) flying wing. The Tomcats turned away from the migs several times but the migs stayed on an attack course. After being targeted multiple times, AC-207's RIO fired an AIM-7 Sparrow (much to the disbelief and protests of his pilot) at one of the migs and missed. AC-207 fired it's second Sparrow which also missed. During this, AC-202 had maneuvered around and fired a Sparrow of it's own at one of the migs, successfully downing it. AC-207 then maneuvered around the remaining mig. The RIO kept telling the pilot to shoot him down but the pilot kept saying he didn't have a tone. The RIO kept telling the pilot he was still on Sparrows and needed to switch to AIM-9 Sidewinders. After a short argument, the pilot realized his mistake, switched to Sidewinders and fired, downing the second mig. Although these were the only two US Tomcats to earn the title of "mig killer", the lead aircraft's performance was considered an embarrassment and used as an example of what not to do. That year's Fighter Pilot of the Year honors would not go to the lead mig killer, but instead to his wingman. That's why I decided to build Gypsy 202 instead of Gypsy 207. The first (and better) "mig killer" F-14.

The build: This Hasegawa kit is like any other new tool Hasegawa F-14A kit. Although this is from back shortly after the new tooling. There was minimal flash and really no ejector pin marks that needed to be taken care of. It comes with the standard Hasegawa F-14 photoetch. This kit has extensive decals though. There are 2 whole decal sheets that include decals for Swordsmen, Diamondbacks, Tomcatters, Jolly Rogers, and Tophatters. High-vis and low-vis for several squadrons. Really alot of options! The kit was older by the time I got to it and several parts had warped. This is not a fault in the kit, but a fault in how the previous owner kept it. Probably a garage with no insulation. Several years of extreme heat and extreme cold will do that. Alot of clamps were needed! Even after glueing and clamping, and puttying and sanding, some of the parts decided to flex back, resulting in cracked dried putty. Not much I could do about it after a while. Its really noticeable where the forward fuselage meets the rest of the fuselage, right behind the canopy. The phoenix pallets also were warped so after glueing and painting one of them eventually popped off it's rear attachment point. It's not really noticeable so its fine. I did find out that the photoetch canopy rails are probably not meant to be used when the canopy will be in the closed position. They didn't really fit and popped off a bit when i closed the canopy. They look great if you're positioning it open but IMHO, leave them off if you're closing the canopy. After I was finished with the entire build and I unmasked the canopy I noticed a bit of crazing at the back. Looks like I used the wrong glue at that point 😬 oops! In my defense I was watching Top Gun during that part of the build and I was probably distracted. Oh well. We all make mistakes. I wanted to build this one taking off from a catapault so I chose the nose landing gear in the squat position and chose the flaps and slats down. The horizontal tails were angled down and the burner cans open (I do love the Hasegawa options!) Since she was going to be taking off, she needed pilots. The kit didn't come with pilots so I stole some off a Fujimi kit (Fujimi pilots are great). I made decals for their helmets to make them VF-32 helmets. The kit also didn't come with missiles but I literally have a box of spare F-14 weapons that I took some from. I made my own decals for the missiles to show them armed since every kit seems to only come with blue dummy stripes (or black ones?). The kit's decals went on great (after sun bleaching as they had yellowed quite a bit). The kit, however, didn't come with the kill mark, the BuNos or pilots/RIOs names for most of the aircraft represented in the decals, and insignia for drop tanks. That wasn't a problem as I just made my own. Overall I'm happy with this build. It will probably be the only Tomcat I build with it's wings extended because of space issues and I am glad I chose Gypsy 202 to be that one. 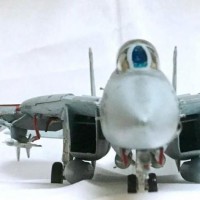 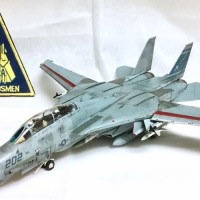 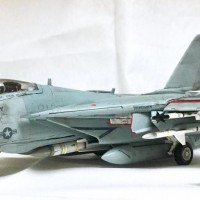 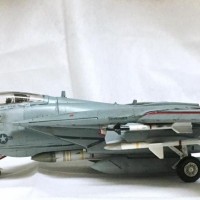 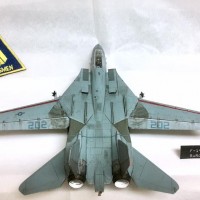 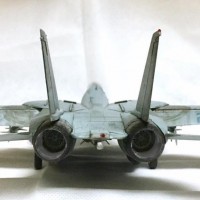 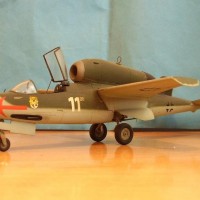 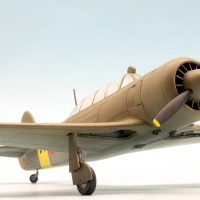 Hilmi's flight: a Yak-11 in the flashpoint of the Middle East conflict. 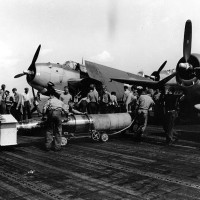 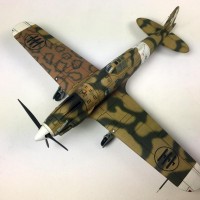