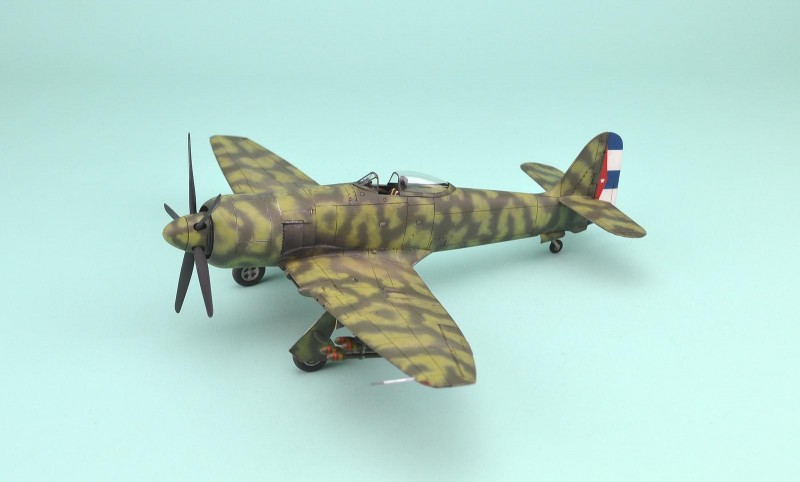 Initially intended to use decals from Blackbird Models for the rudder, but the red triangle was too long and you would have had to paint the blue and white stripes anyway. So my dad decided to mask and paint the complete Cuban flag. Only the white stars are decals from a Microscale WW2 US vehicle markings sheet.

After a bunch of Cuban aircraft were destroyed by airstrikes and an invasion became imminent, the FAR added additional field camo to their remaining aircraft for better ground coverage, each looked different. The colors used are subject of discussions, my dad chose the above ones. 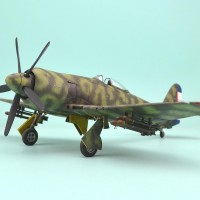 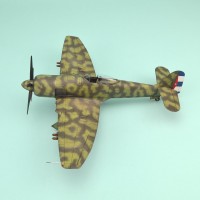 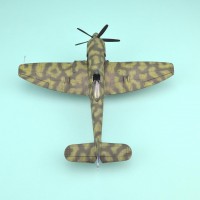 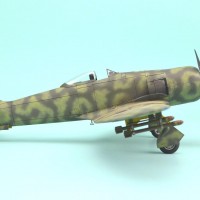 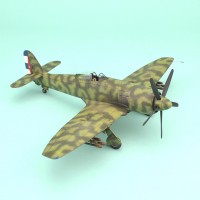 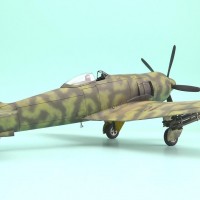 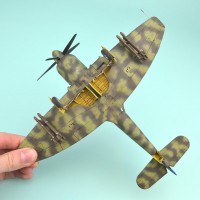 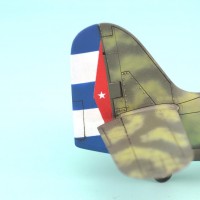 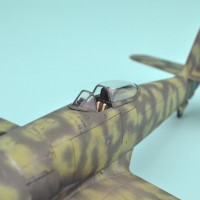 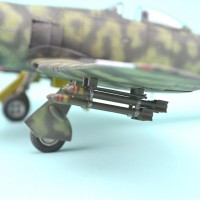 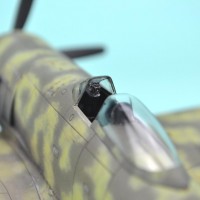 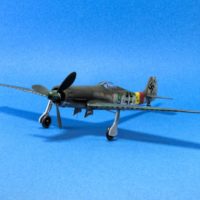 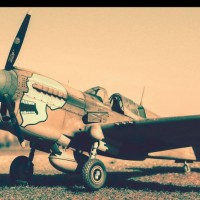 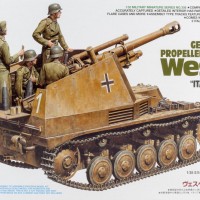