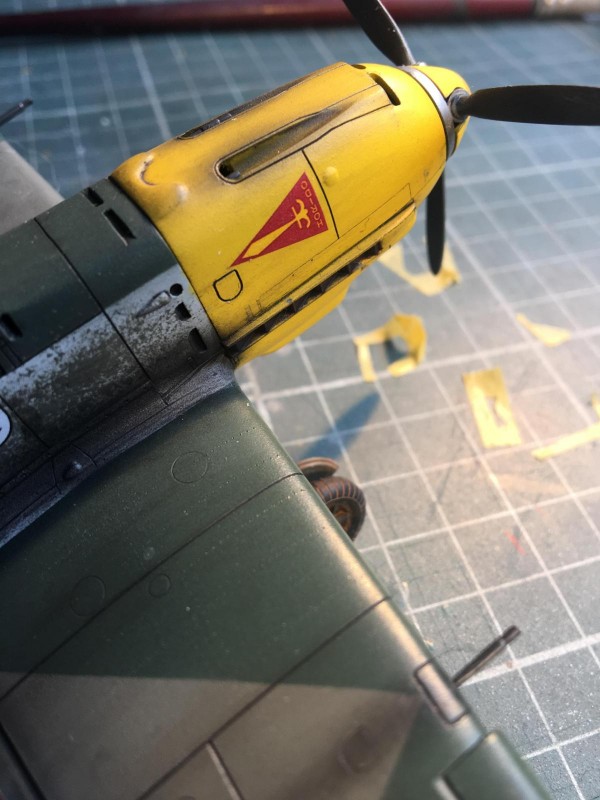 With this I clean the slate of my “back catalog” of recent builds, which are at an all time low rate of production due to various life chores…

This kit has a special place in my heart, being the first I built when I took back modeling right after graduation…I had built a lot of models before that, in my childhood and teen years, without an airbrush, thinning Humbrol enamels with the old Varsol I used to steal from my mom’s cleaning supplies. Then came college, interests shifted a bit, but when the dust settled, back to the hobby shop I went and the gorgeous box art won me over: this would be my “comeback” build, and the same version depicted in the lid, yellow nose with the blue pennant and a lot of kill markings on the rudder! Later I found out how hard it was to achieve the finish of the original machine, flown by Luftwaffe ace Helmut Wick. I used a sponge – it didn’t look perfect, but it would do. It sat on a shelf for a few years, marking my return to our wonderful hobby, until an unfortunate and humiliating accident during a dusting of my then few builds: distracted, I sat on it while moving the other models…guess old Wick never saw that coming.

Flash forward to a few months ago and a good friend was selling some of his stash, and among the offers was the same 109 I remembered so well (and which was shot down in such an undignified manner), and I felt I had to repair the unjustice. I bought it, and to my dismay, found the decals yellowed and cracked beyond repair. Pressed for a replacement of the same markings, I found a sheet that carried it…well, sort of. The cowling pennant was red, not blue. Online research indicated this was a somewhat common mistake. Could I live with it? I bought the decal sheet anyway, and contemplated building one of the other 10 options it carried. Now, the decals in question are made by Print Scale from Russia. They looked good online, and provided options from early E-1 through E-7 versions, but I was adamant on rebuilding Wick’s machine.

So, again with the sponge…not an easy task. Lichtblau was by way of Italeri acrylics, not the best to work with, being a little harder to airbrush than Tamiya and other top acrylics. The “sponged” paint had to be lightly sanded, which affected some of the light blue underneath. I don’t remember touching up a paint job som many times!

But the worst was yet the come: the decals. The sheet looks good, but upon closer examination, most of the stencils are missing and incorrectly labeled; the carrier film is too thin and wrinkles easily; the larger ones are too translucent; the cowling pennant…well, look for yourself! They simply printed the same image twice, so it is upside down on the right side of the airframe. I tried to kid myself into thinking the crew chief wouldn’t have the time to make two sets of stencils and that maybe, just maybe, it looked like this in real life…well, close, but no cigar. In the end, I bit the bullet and tried to finish it the best I could. This is just such a pleasurable build that, in the end, I just focused on enjoying it.

But, be aware with Print Scale decals…I’m sure there are better options out there. 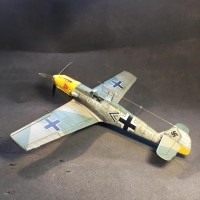 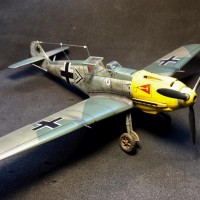 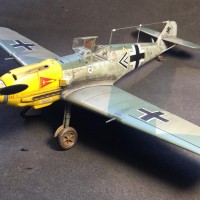 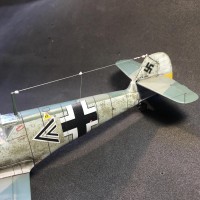 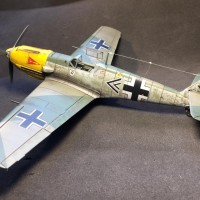 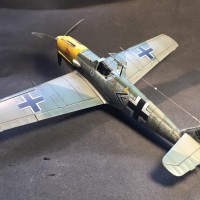 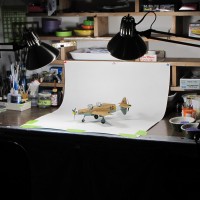 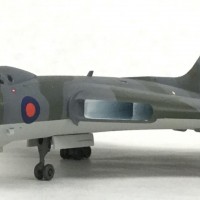 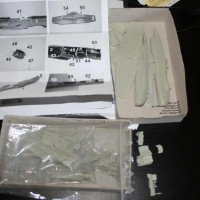