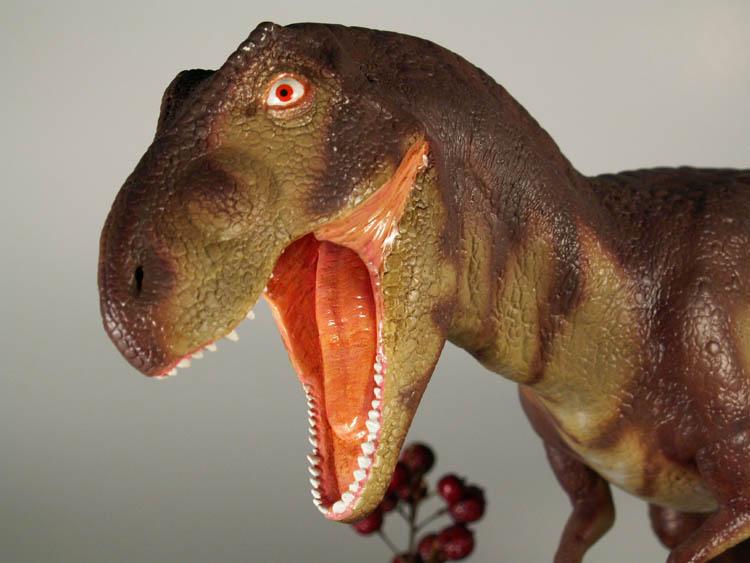 I think Tamiya made this “Vinyl” kit. It went together just fine in the o.o.b. mode. I found it somewhat difficult to sand the vinyl where the body and legs joined together, so I did the best I could.

None of the expert’s knew what the skin color was on these animals that lived 65 million year’s ago, so I choose Tamiya’s light tan and a medium brown colors and used my Badger-200 air brush and sprayed on the colors. I hand painted the mouth, teeth and the eyes. I used my Waldron punch set and punched out the 2 center eye section’s.

I already knew that the model would not stand up on just one foot. I made a “Plaster-of-Paris” base which looked like a flat rock desert type of landscape. Before the plaster dried, I pushed in the animals two feet to represent it walking through some wet mud.

I drill a hole in the plaster and one up in the standing leg of T-Rex. I inserted a 1/8″ diameter solid brass rod down into the plaster and left the end stick up about an inch and added super glue to the area. I carefully pushed the dinosaur’s leg down on top of the brass rod. The foot set perfectly into the impression that I made in the semi-dried plaster which was painted a desert sandstone rock color.

While cleaning up around our outdoor sunken swimming pool one afternoon I found a dead bird that some bugs had eaten all the feather’s, skin and meat off the bones. Surveying the situation I could tell that the bird’s skeleton was all there on the bare ground. Lo and behold it looked like a bird of 65 million years ago when these great animals lived so this bleached out little bird’s skeleton became part of my T-REX’s diorama. The model still looks just like these photos as it’s kept in a big cardboard box with its’ original cardboard top. 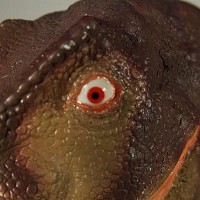 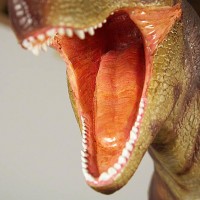 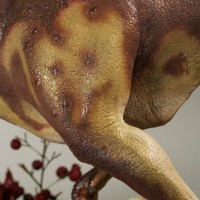 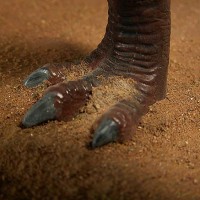 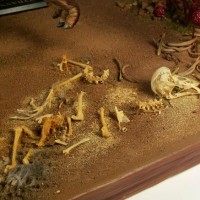 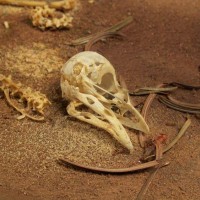 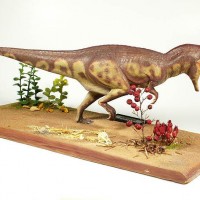 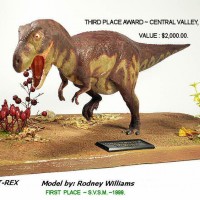 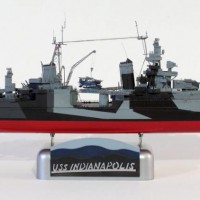 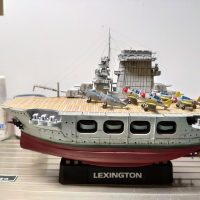 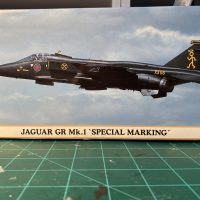 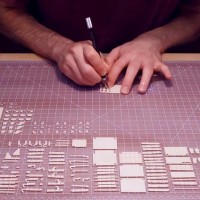 No detail is too small (video)