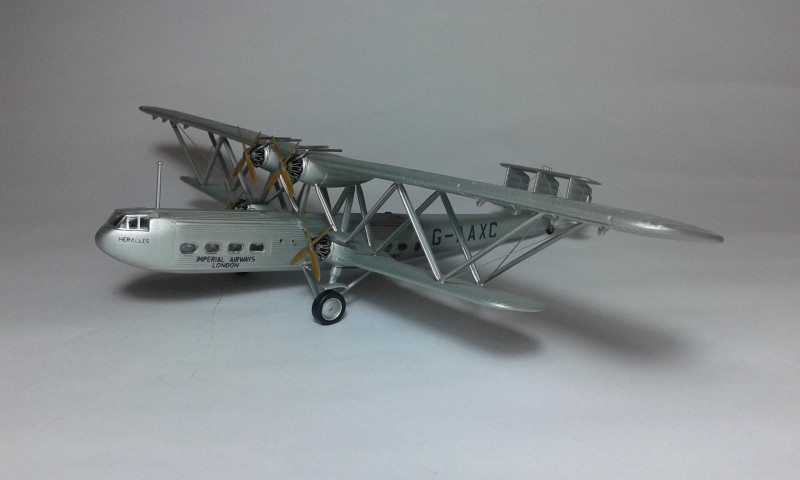 The Handley Page H.P.42 was a four-engine biplane airliner designed and manufactured by British aviation company Handley Page. She held the distinction of being the largest airliner in regular use in the world upon the type’s introduction in 1931. 8 of them were built (together with the very similar H.P.45 – which is referred as “H.P.42” anyway): Hannibal, Horsa, Hanno, Hadrian, Heracles, Horatius, Hengist and Helena.

G-AAXC was named after Heracles, also known as Hercules, a figure from Greek mythology who was the son of Zeus and Alcmene and was noted for his extraordinary strength. On 8 August 1931, Heracles took her first flight. It was most commonly deployed on the airline’s services between Paris, Cologne, and Zurich; on 23 July 1937, the aircraft was recorded as having accumulated one million miles servicing the aforementioned routes. Heracles was impressed into service with the RAF on 3 March 1940. The aircraft was destroyed in a gale on 19 March 1940 at Whitchurch Airport, Bristol, when she was blown together with “Hanno” and damaged beyond repair.

The vintage (1965 origin) Airfix kit was a 1993 copy, found somewhwere in between the shelves of my local hobby shop in 2005 at only 5 euros. It was very sweet, fit was good and was built with great joy. Had some issues with the cabin windows clarity, me to blame! Painting was easy: Humbrol 11 all over. Canopy was (typically for me) hand painted. Rigging was done with streched sprue.

I’m not very much into airliners, but who could resist in building such a beauty? 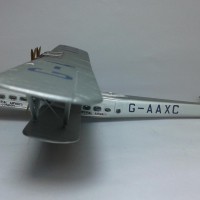 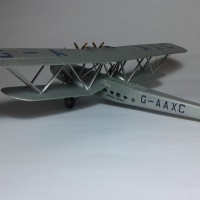 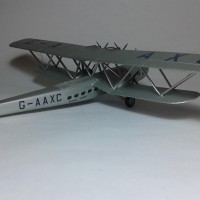 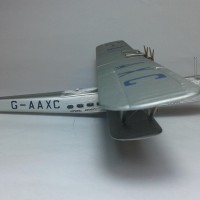 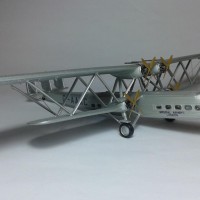 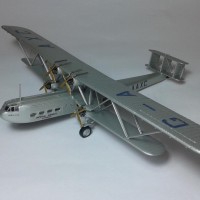 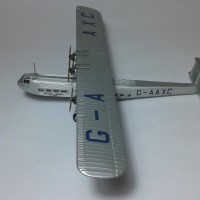 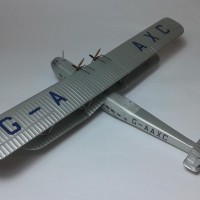 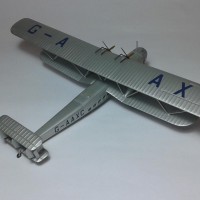 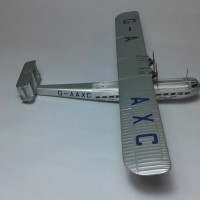 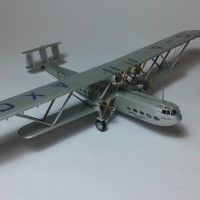 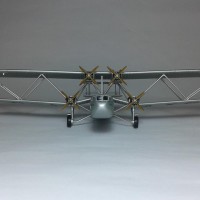 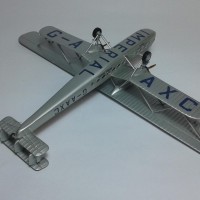 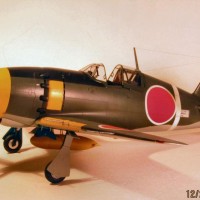 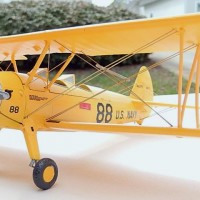 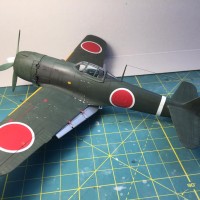 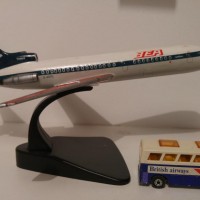