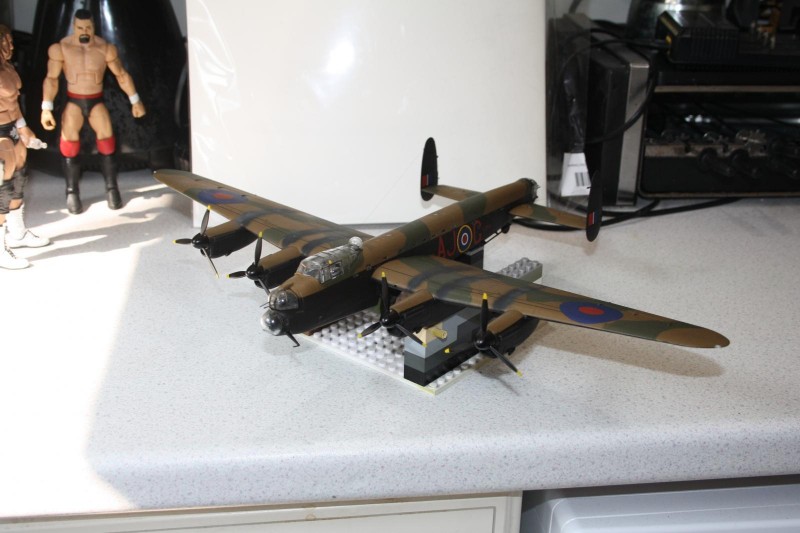 Hi There,
This was being built in parallel to the Firefox but this one is for the wee man’s roof, so wheels up.
When I started I thought that the dihedral fix wouldn’t make that much of a difference so decided not to bother…Wrong!

Primed with UMP Grey
Painted with the magnificent Colourcoats Dark Earth, Dark Green and Night Bomber Black. These are fantastic paints, utterly bombproof and so easy to spray on… Thanks Jamie.
Finished with W&N Galeria Matt varnish
Aerials with Uschi Fine Rigging line.

Had a bit of a slip with the canopy which decided to move slightly but eagle-eyes here didn’t notice until the paint was done as and as it’s going on the roof left it rather than ruin the finish.
When I was unmasking the various bits of glasswork I managed to knock three of the large Tail-fin Balances off and could only find two.
Stretched sprue and a dollop of PVA to the rescue. It’s approximate but looks OK from three feet. 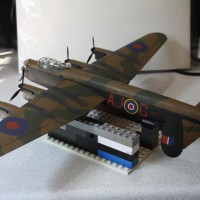 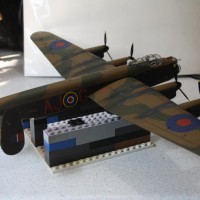 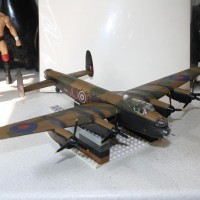 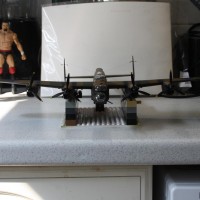 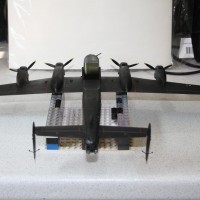 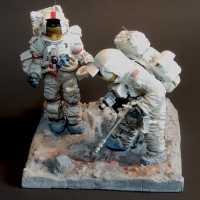 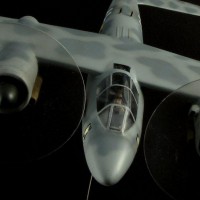 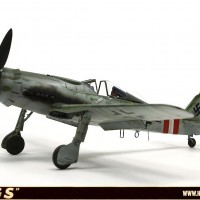 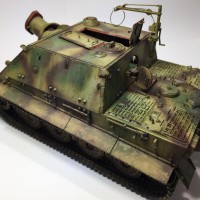