Here is my latest addition to my RAAF model collection.
The AZ Model Vultee Vengeance. The kit is a bit rough and not very accurate, but it’s the only kit available in 1/48th scale.
I built the model mostly out of the the box except for a Red Roo Models vacuformed canopy which allowed me to cut it up and display the gunners canopy in the open position.

I used the kit decals to finish the model in the markings of 23 “City of Brisbane” Squadron. 23 Squadron was one of 5 RAAF Squadrons that flew the Vengeance in New Guinea in support of Australian and US Army ground forces. Combat operations began for 23 Squadron when the unit moved to Nadzab in February 1944. On February 11 1944 six Vengeance’s of the squadron along with another six Vengeance’s of 24 Squadron struck targets around Saidor in support of American ground forces. The resulting bombing was extremely accurate and drew the excited praise of the Americans.

The Vengeance aircraft were considered obsolete by the middle of 1944. The ground support roll could be better handled by the RAAF P-40 squadrons with bombs and machine guns and the 5 Vengeance squadrons were ordered to return to Australia to be re-equipped with the Consolidated B-24 Liberator heavy bombers as the need for long range bombers was urgently needed as the battle front receded further to the north of New Guinea.. Thus ended to very short combat time the Vengeance was in front line service with the RAAF.

The aircraft continued in service with the RAAF in the training and target towing duties.
I have include a color picture of a Vengeance used by a RAAF squadron during WW2. 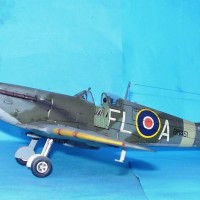 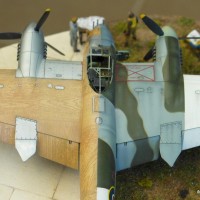 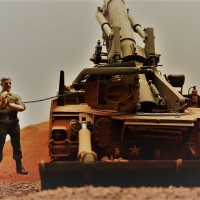 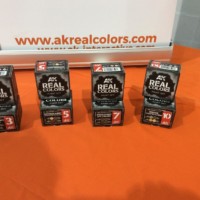