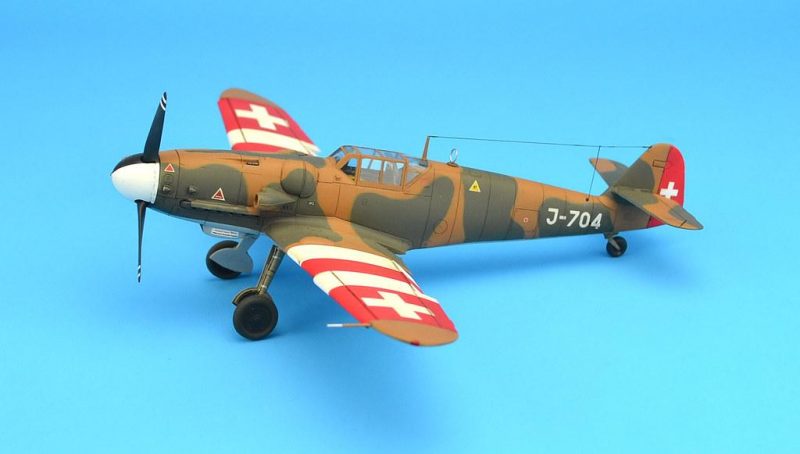 After a German Bf110G nightfighter crashlanded in Switzerland, Germany delivered 12 Bf109G-6 to Switzerland so that the 110 would be destroyed in exchange and the technology kept secret.
Switzerland used these G-6 only until 1948 due to many technical problems. These were caused by minor quality work and sabotage by the POWs and KZ inmate workers in the factories.

After two emergency landings due to engine failures, a lost canopy during flight, and a crash into other aircraft on the ground, J-704 only had about 57 flight hours when it was withdrawn from service on February 2nd 1947. In it´s short life it was repaired, repainted and fitted with a tall tail.

Hasegawa kit, crosses and stripes masked and painted (Montex mask for the crosses), decals from Cutting Edge, Eduard seatbelts, EZ line for aerials, Gunze RLM71 and 79 for the camo.
The landing gear base of the Hasegawa G legs is too narrow, so my dad tried for the first time to move the leg/fuselage joints more outward. 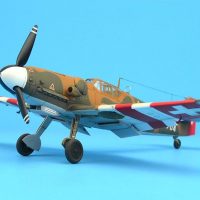 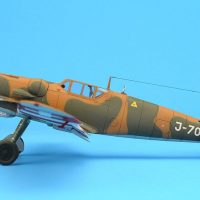 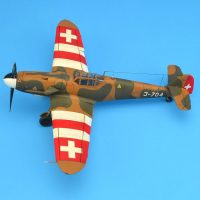 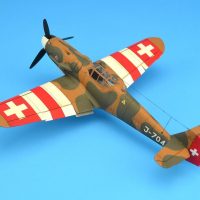 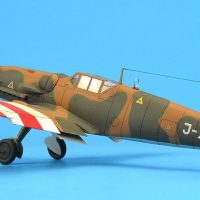 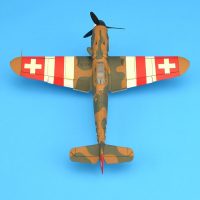 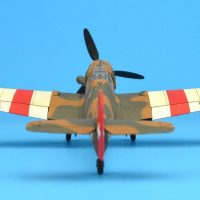 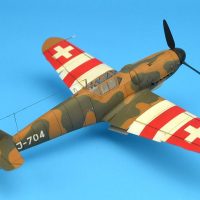 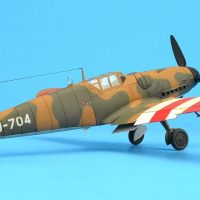 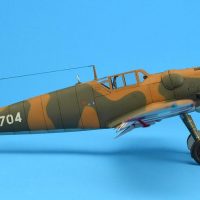 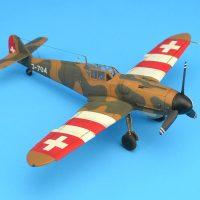 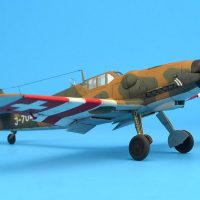 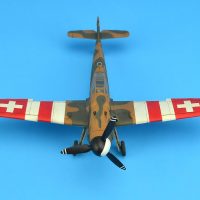 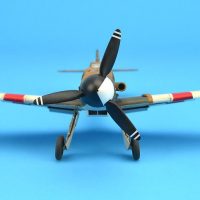 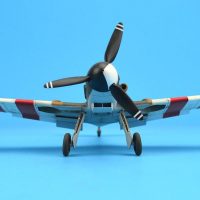 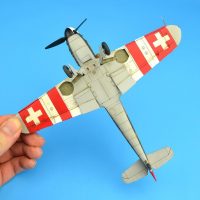 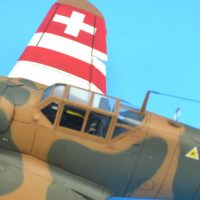 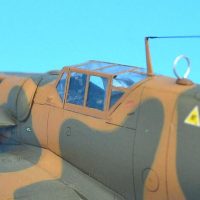 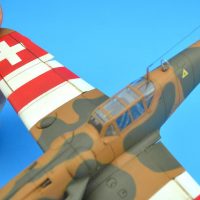 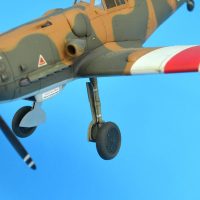 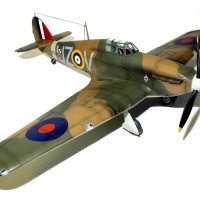 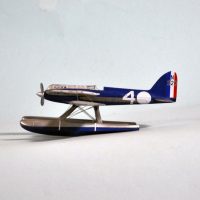 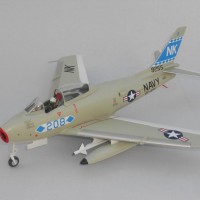