Su-35S ‘Flanker-E’ is the latest and very likely last version of the formidable Flanker series. It is not to be confused with the Su-35 of the late ’80s, which was the first to be designated Su-35 (aka Su-27M and T-10M). The first new Su-35 prototype, Su-35BM bort number 901, first took to the air in February 2008 and has since entered operational service. Featuring powerful Saturn 117 engines equipped with thrust-vectoring nozzles, reduced RCS, new sensor suit and ability to carry current and future air released weapons, this generation 4++ fighter is a force to be reckoned with. And since I’ve seen a few of its displays in person, I can safely say, it is probably the most maneuverable fighter jet in the world.

Since I first built Su-35S model (Hasegawa, 1:72, in 2014), China and Egypt also ordered or started operating these big fighters, while the Russian Air (and Space) Forces Su-35S’ were and are actively involved in Syrian campaign.

I have seen the Su-35S for the first time in 2009 at MAKS airshow/salon on static display and in 2011 in flight display. It was one of the prototypes and totally stunned me by its agility, and I was used to seeing Russian super-maneuverable fighters. After that, it has taken me 8 more years to get back to Russia and MAKS and one of the stars of the show was Su-35S, Red 52, Syrian combat veteran, flown by Sukhoi’s test pilot Yuri Vaschuk and it blew my mind. Ticking all the right boxes with me, seeing the aircraft in person and being a combat flown aircraft, I started doing a research. Begemot Su-35S decal sheet had to be used to complement the GWH one for specific numbers and markings. Research of the photos from Syria showed, that these aircraft were mainly tasked with air superiority mission and were all carrying Khibiniy-M ECM pods on wingtips and either 2x R-73, 2x R-27ET, 2x R-77 under the wings or 2xR-27ET, 2x R-77 under the wings and 2x R-77 under the intakes. I chose to do the first weapon option. 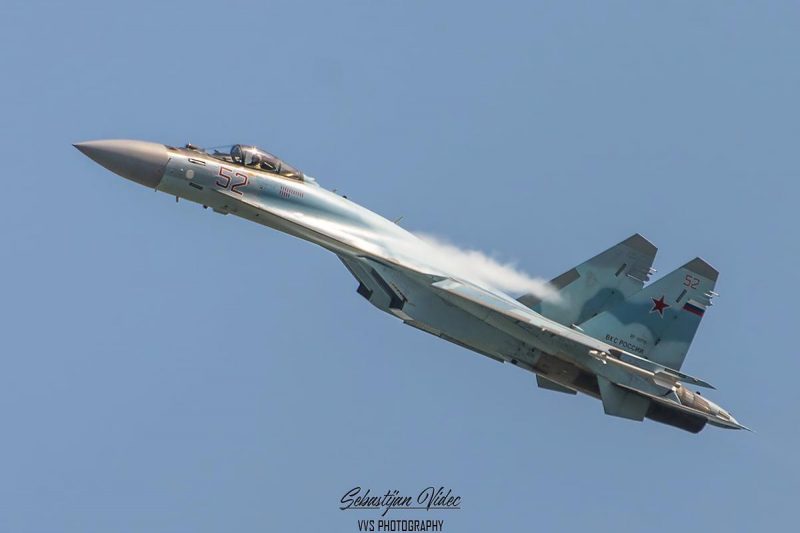 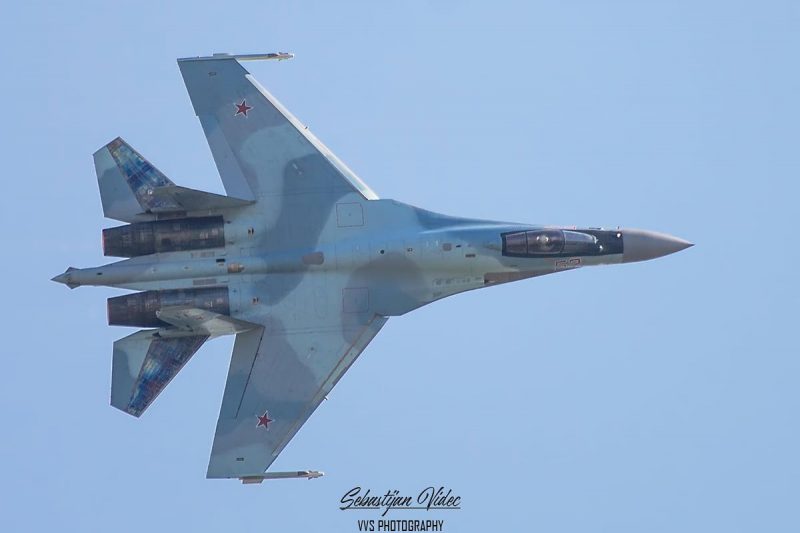 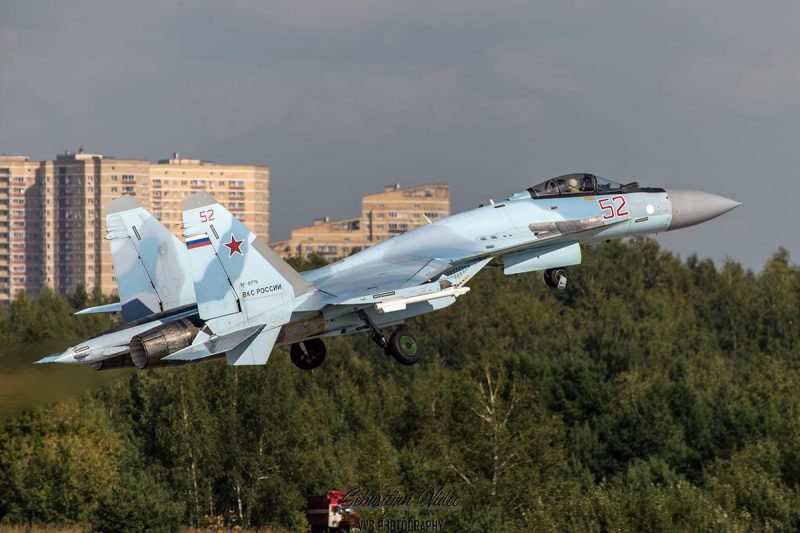 GWH vs Hasegawa, which to choose?
Hasegawa is renowned for its high quality kits and you can expect top notch products from them most of the time, while GWH, compared to the older Japanese kit maker, is a relatively a new kid on the block. But don’t get fooled. GWH have proved in the past decade, not only that they strive for excellence, but also that they listen to their consumers, resulting in some awesome kits and this Su-35S is no different. The level of details on GWH kit is so much better than with Hasegawa.
To list but a few:
– better and more accurate engraved details
– optional lowered or raised flaps and slats (Hasegawa only has raised surfaces, which is inaccurate for parked aircraft)
– straight or dropped exhaust nozzles (Hasegawa only has straight)
– fully detailed cockpit and ejection seat with raised details (Hasegawa’s simplified and flat surfaces with decals only
– option to show the IRBIS-E radar if you’d like so
– very detailed landing gear wells, struts, wheel huby and especially the tyres
– Khibiniy-M electronic countermeasure pods – not present in Hasegawa kit
– and last but not least, THE BIGGEST difference – GWH represents the production variant while the Hasegawa made theirs preproduction variant. The greatest difference, which is not easy to change, is the location of countermeasure dispensers – they are located on top of the tail stinger on the pre-production birds, while the production ones have them on the bottom side.

With all that being said, GWH kit isn’t without its faults. The two things that bothered me the most were a Head-up Display, being moulded in grey plastic instead of usual clear. And with the small photoetch plate included, it could be included as such and drastically improve the looks of it. The other is the decision to make the IRST solid plastic instead of clear. That would be correct only for the very first preproduction Su-35S. Apart from that, GWH is pretty much superior to Hasegawa in any aspect. And when we come to the price – depending on the store, GWH’s kit is more expensive than Hasegawa anything from 10-30€. If you are in for a detailed model of the Su-35S, then you will have to buy cockpit, exhausts and wheel set (Khibiniy’s optional) for Hasegawa and still end up with somewhat shape wise inaccurate model of a preproduction aircraft for the same price or more than GWH’s. In the end, it is up to you of course, but if I was a buying a new model, I’d opt for GWH without a doubt. 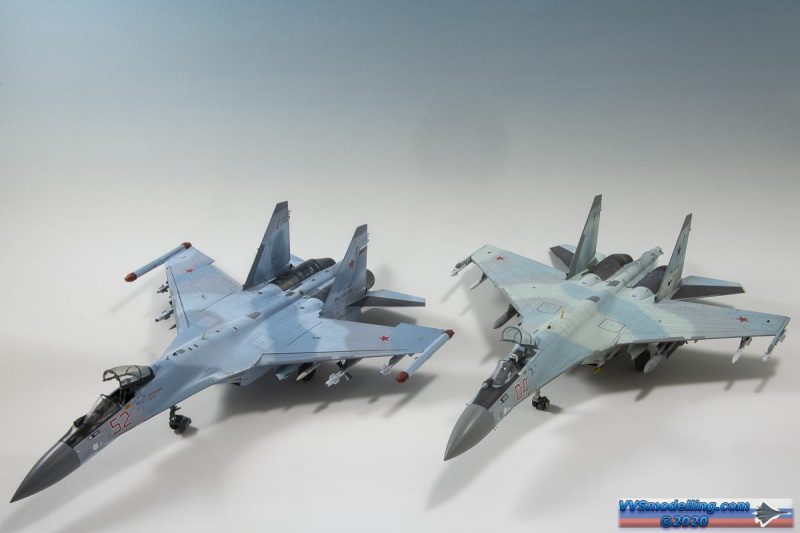 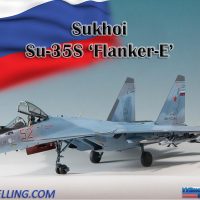 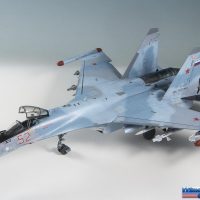 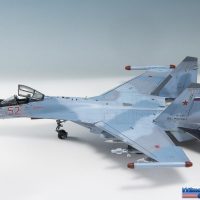 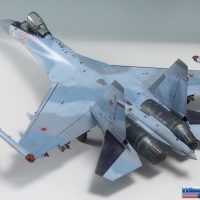 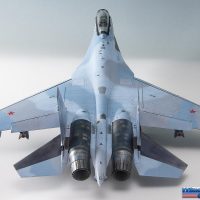 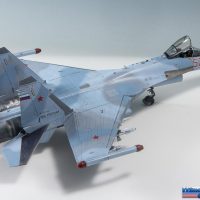 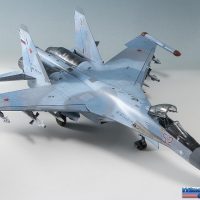 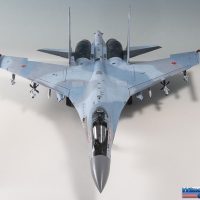 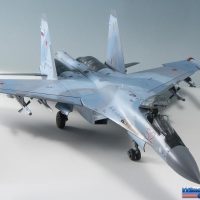 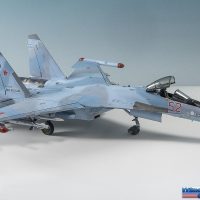 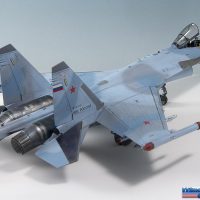 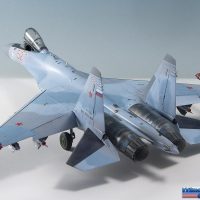 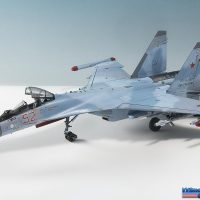 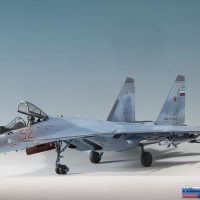 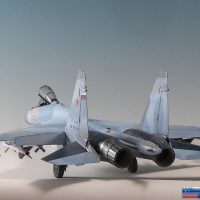 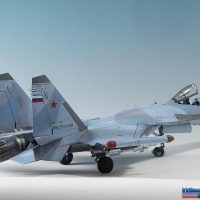 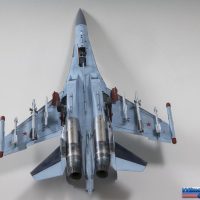 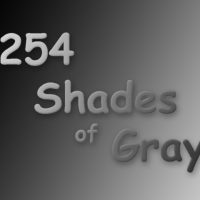 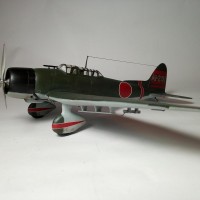 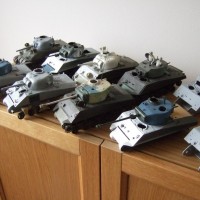