The Kawasaki Ki-45 Toryu (屠龍, "Dragonslayer") was a two-seat, twin-engine fighter used by the Imperial Japanese Army in World War II. The army gave it the designation "Type 2 Two-Seat Fighter"; the Allied reporting name was "Nick".

The Ki-45 was initially used as a long-range bomber escort, but It soon became clear that it could not hold its own against single-engine fighters in aerial combat.

It was subsequently deployed in several theaters in the roles of interception, attack (anti-ground as well as anti-shipping) and fleet defense. Its greatest strength turned out to be as an anti-bomber interceptor, as was the case with the Bf 110 in Europe. In New Guinea, the IJAAF used the aircraft in an anti-ship role, where the Ki-45 was heavily armed with one 37 mm (1.46 in) and two 20 mm cannons and could carry two 250 kg (550 lb) bombs on hard points under the wings.

Soon after entering service, the Ki-45 was assigned to home defense, and several were dispatched against the Doolittle raid, though they did not see action. The craft's heavy armament proved to be effective against the B-29 Superfortress raids which started in June 1944. 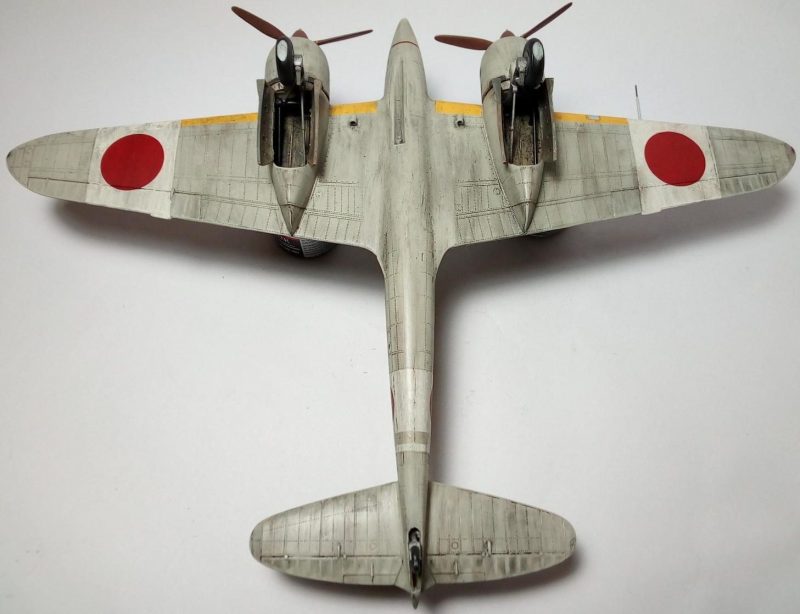 However, its performance was insufficient to counter B-29s flying at 10,000 m (32,800 ft). Modifications such as reduction of fuel and ordnance were attempted to raise performance, to little avail, and in the end aircraft were used effectively in aerial ramming attacks. They were also used in kamikaze attacks.

Three Ki-45s fell into communist Chinese hands after World War II. Unlike most captured Japanese aircraft, which were employed in the training role, the three Ki-45s were assigned to the 1st Squadron of the Combat Flying Group in March 1949 and were used in combat missions. These aircraft were retired in the early 1950s.

Ramming Ki45s belonging to Shinten Seiku Tai Squadron, had weight reduction and aerodynamic improvents implemented, in order to be able to catch and ram the fast'n'high flying B-29s. There was no rear gunner, his compartment totally stripped of everything and the open part of his canopy covered by a thin metal sheet. All armament and their mechanisms were also removed, as well as the gunsight. The aerial mast was also shortened. 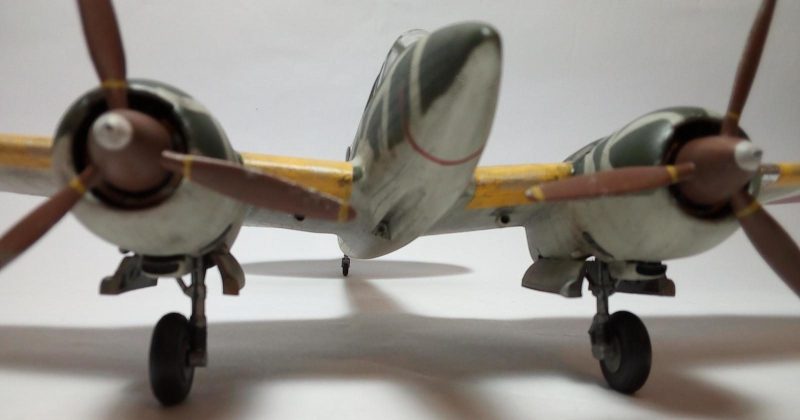 The Nichimo kit is a good old friend that is trying to hold his own against the vastly superior Hasegawa offering. 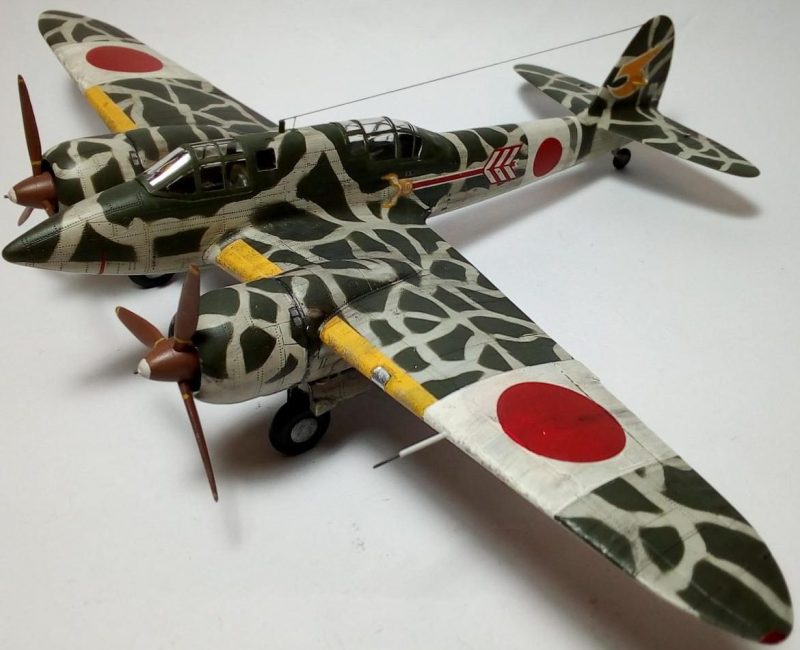 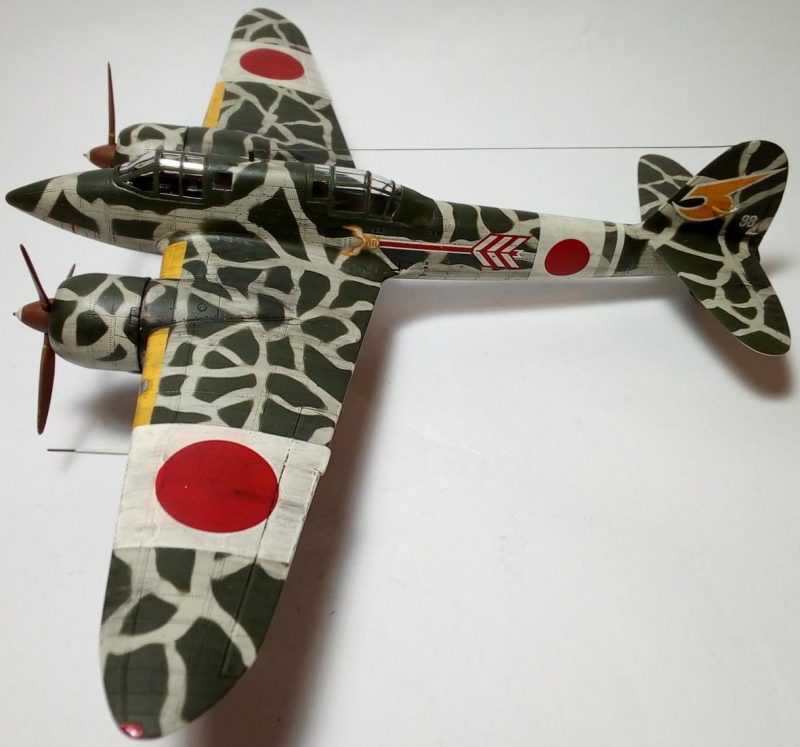 The characteristic camo was done by using Patafix to cover the gray areas. 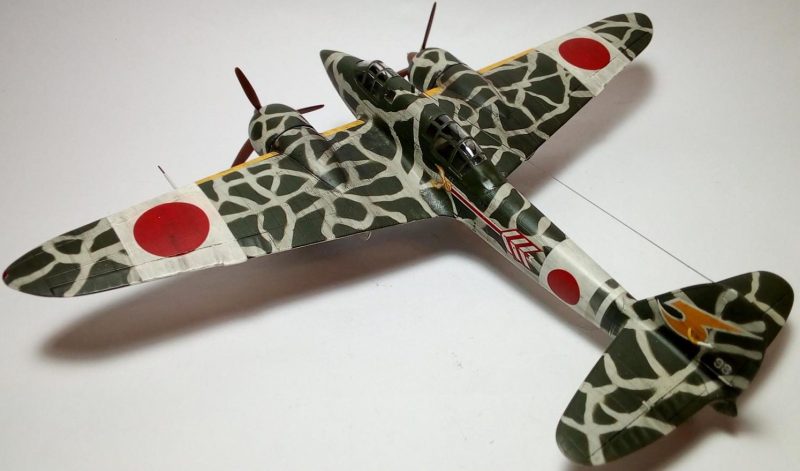 I did some heavier than usual weathering, in order to represent a fully operational Toryu, during those very demanding desperate last days of the war (translation: I wanted to cover my building and painting/decalling glitches...). 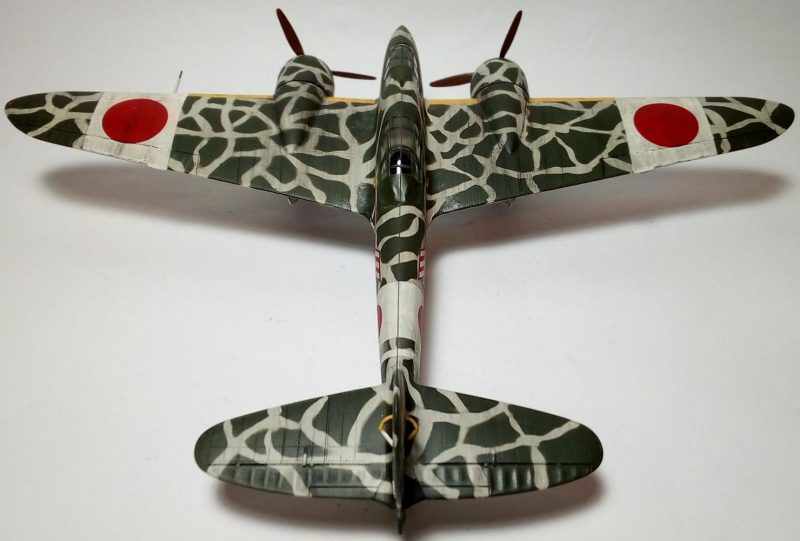 As usual I won't further bore you with my building details, but, should you wish, you can visit its build thread:
https://imodeler.com/groups/the-empire-of-japan-1919-1946/forum/topic/ki-45-toryu-nick-mini-group-build-build-em-if-ya-got-em/
In this thread, you can also check our GB host Louis Gardner's two Toryus. 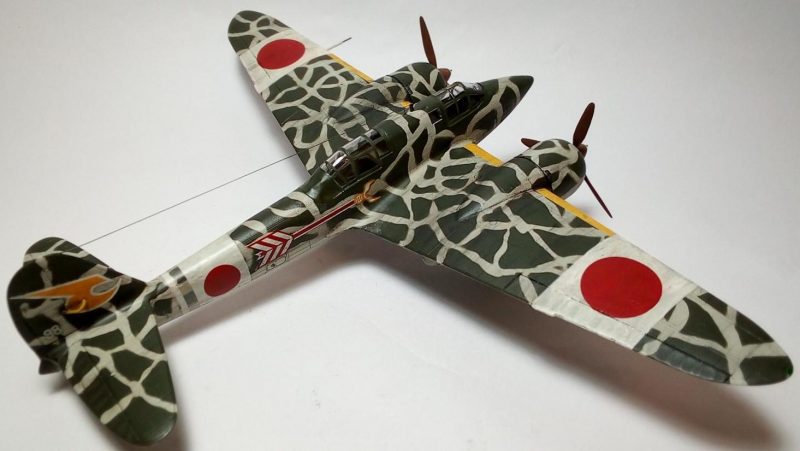 Big Thanks to all kind Gents who followed along my build: it was a pleasure to have your constructive company, Gentlemen! 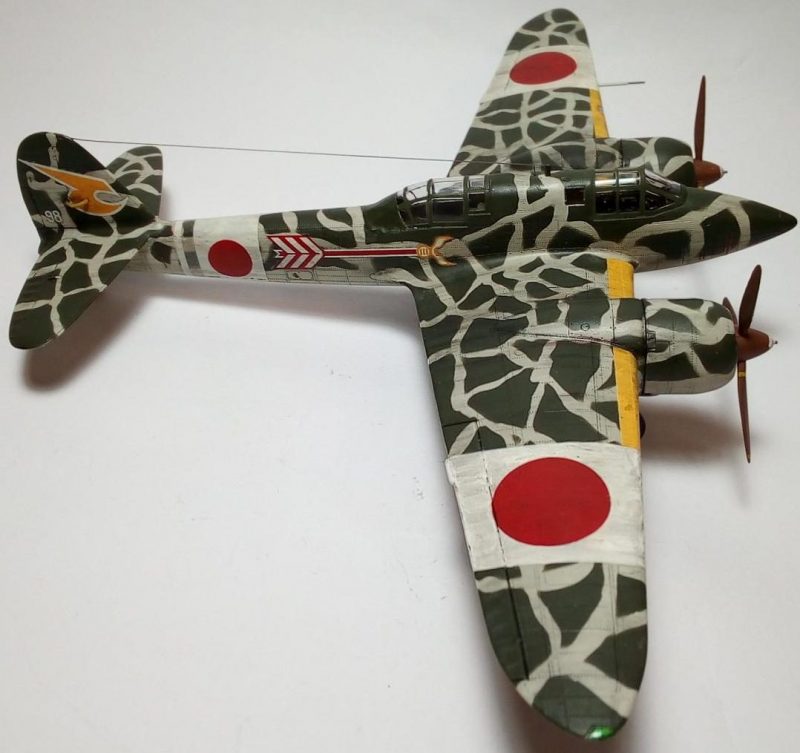 Finally, BiG THANKS to our host Louis @lgardner, for the conception of this GB (and the mini "Toryu" GB, as well), and his support, advice and general “presence” allover the buld thread. As many positive words as I could say, they would not be enough to praise this Man’s great personality. THANK YOU very much, my friend! 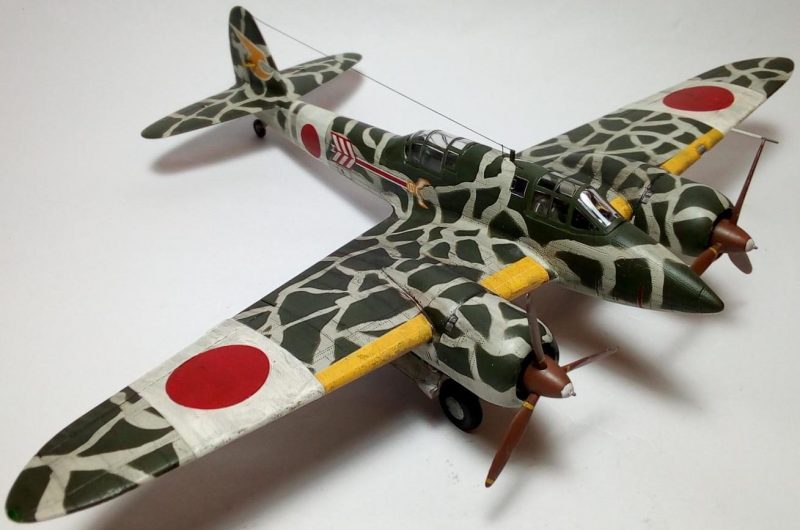 Attached are some in-progress shots. 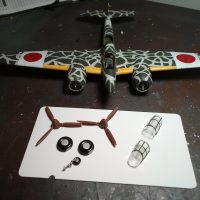 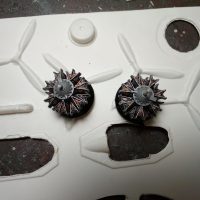 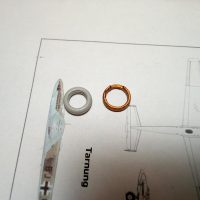 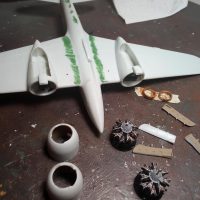 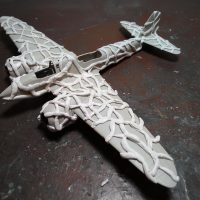 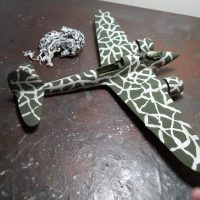 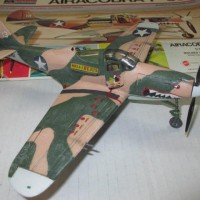 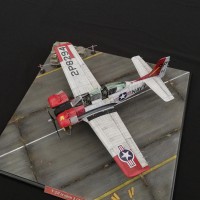 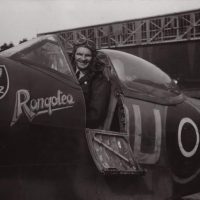 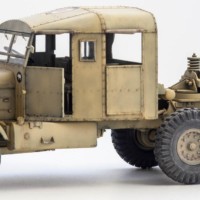