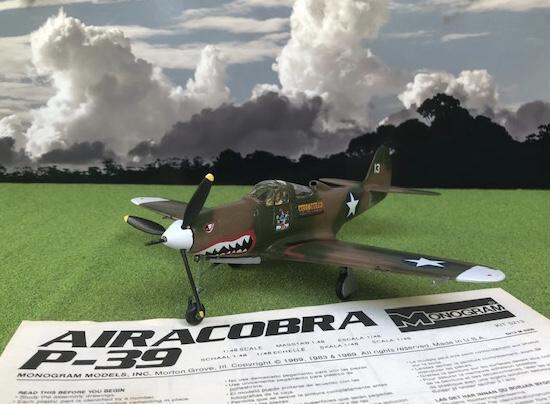 This is the Monogram 1/48 P-39 . First released in 1969, this example is from a 1989 dated box. The kit provides decal options for 4 different P-39s , one Russian and Three US. I chose the
P-400 version, which is the one intended for the British, but used as a stop-gap measure by the Army Air Force in the early days of the Pacific War.

I could not find much information about the Airacobra named Hells Bells, other then a photo. It was in the 347 Fighter Group, 67th Fighter Squadron of the 13th Army Air Force at Guadalcanal. It was quickly learned that it was better at ground attack missions rather then dog fighting with Japanese Zeros. The Russians had greater success with the P-39 then anyone else and received about half of all Airacobras built. 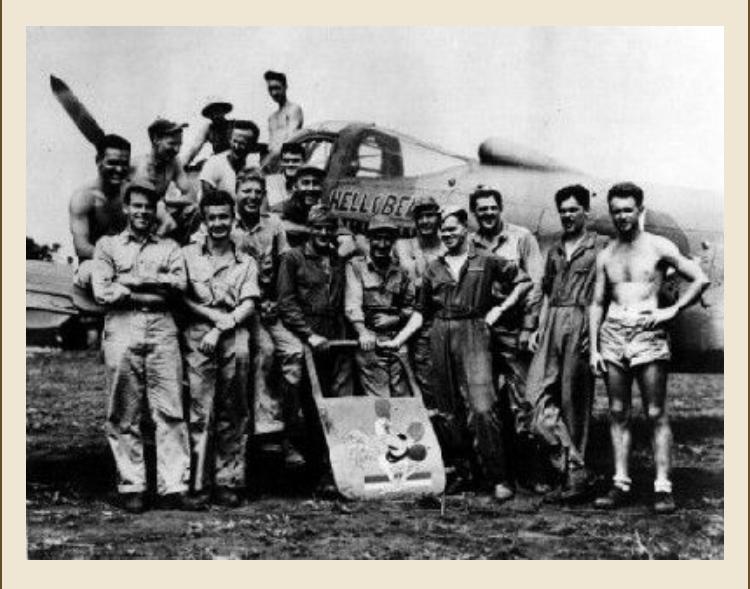 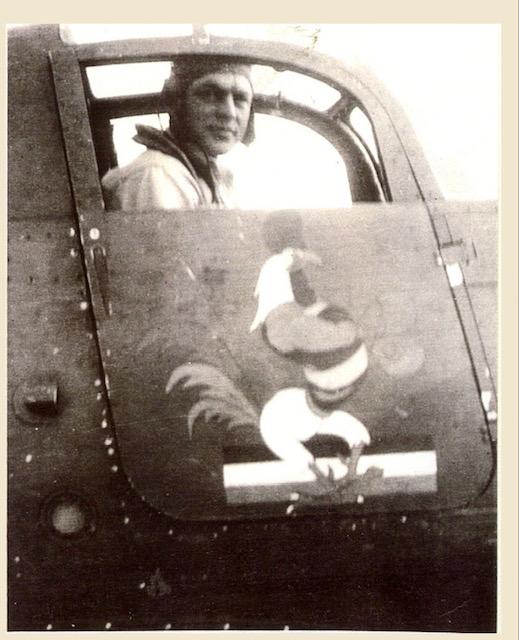 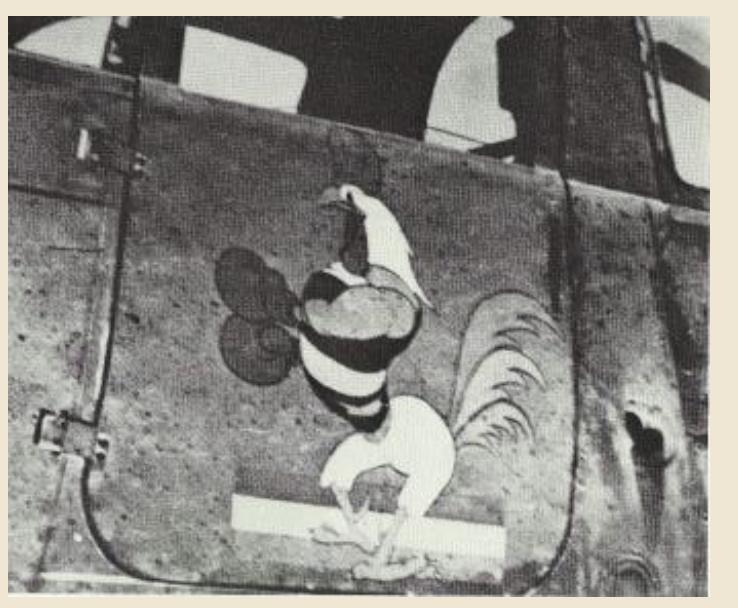 The kit is an easy one to build with just the right amount of parts. It has both engraved and raised panel lines, something for everybody. 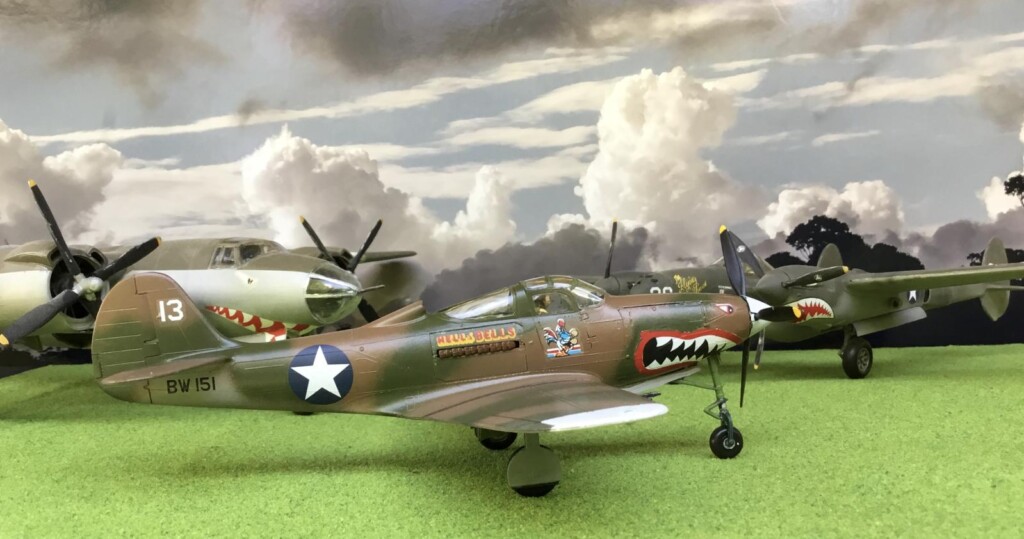 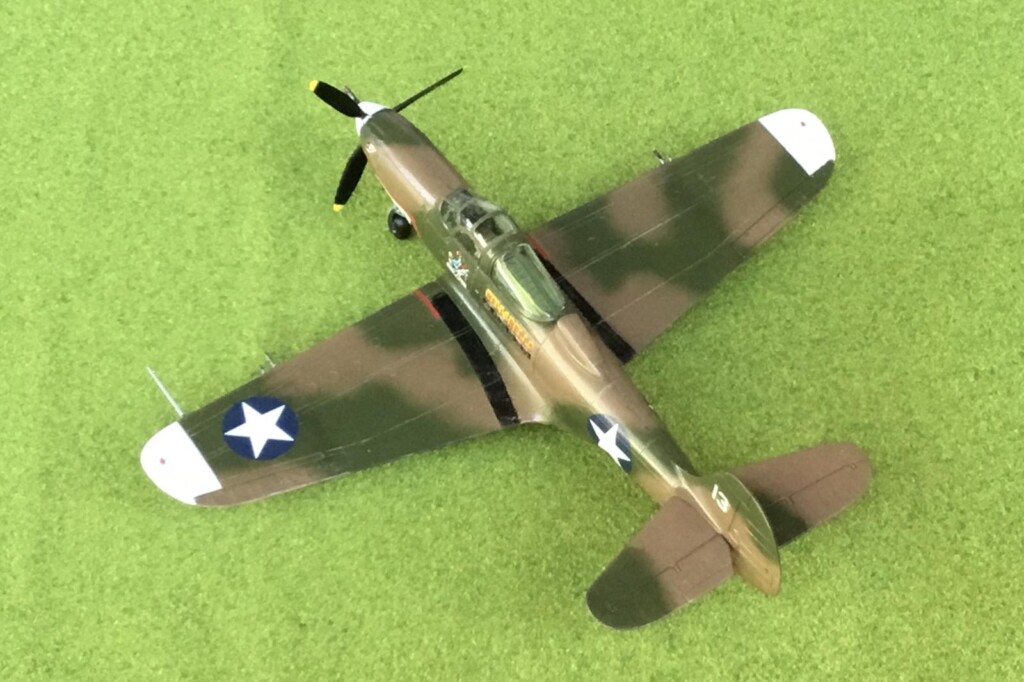 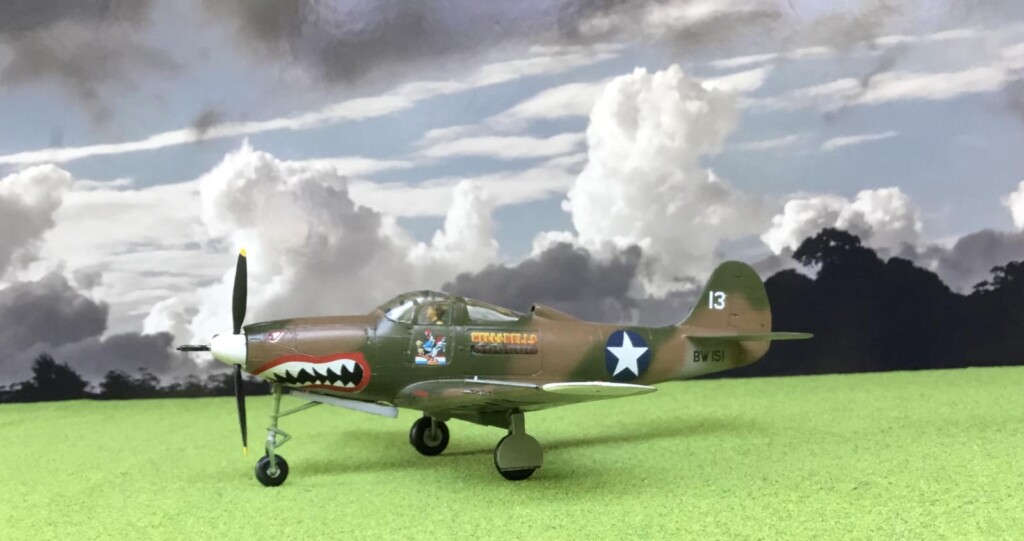 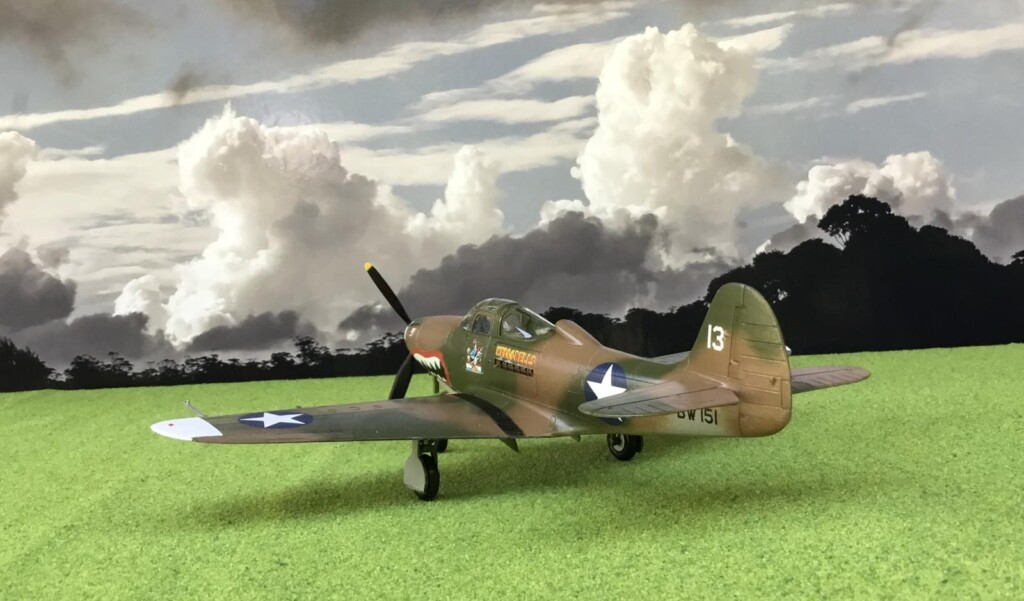 I included some group photos with my two other aircraft models with mouths. 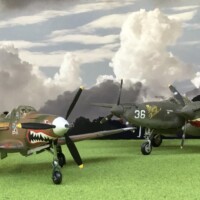 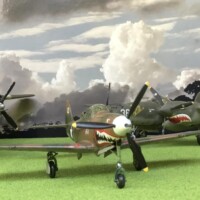 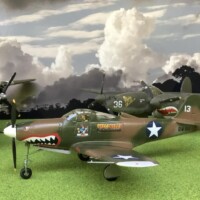 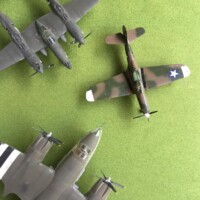 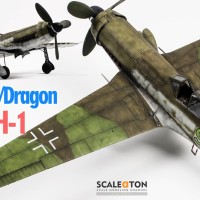 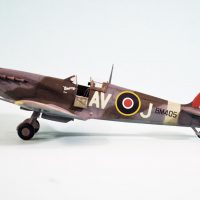 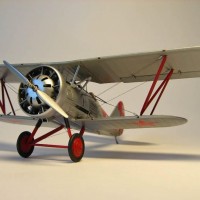 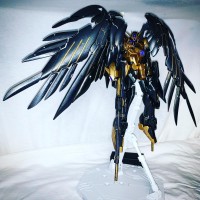