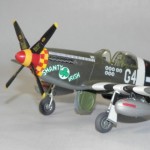 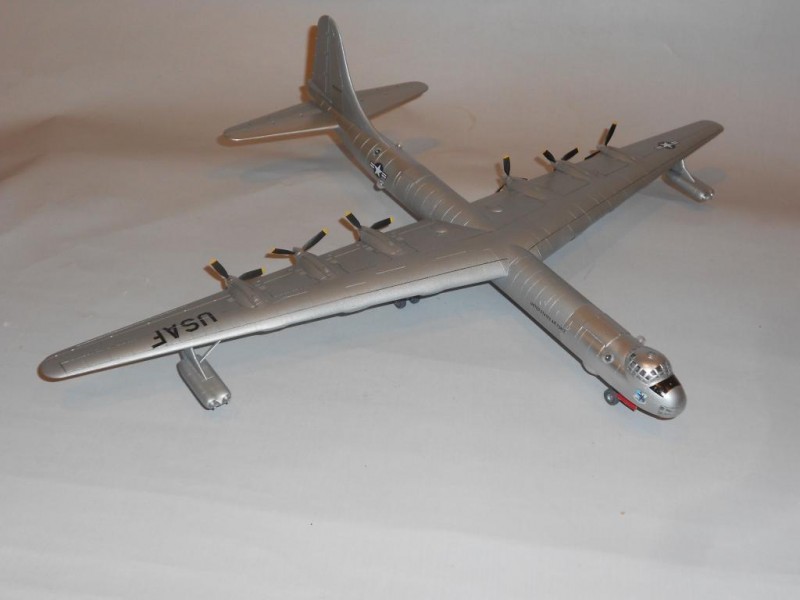 Although I was not at "The Home", I built this for a lady whose Father worked on the B-36. He is elderly and she wanted it to give to him before the inevitable happens. It does not represent a B-36 from any squadron in particular. Actually it is[...] 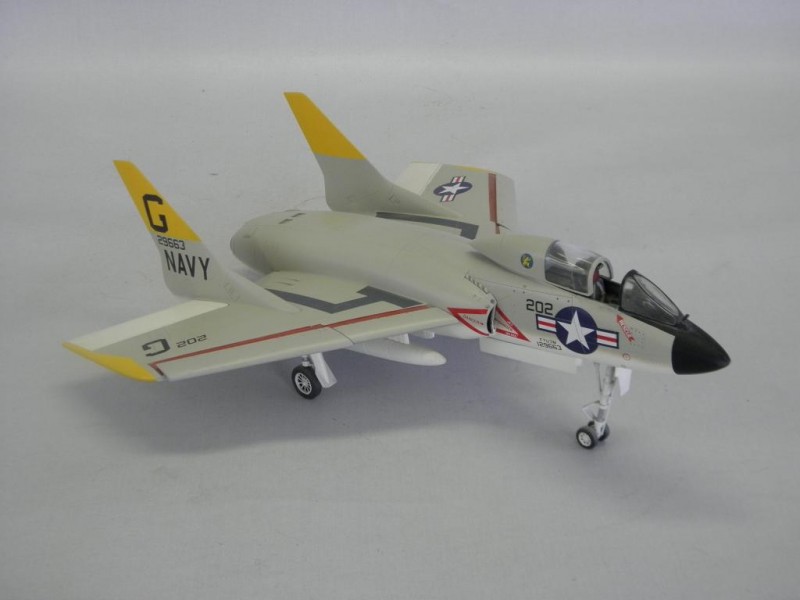 When I reported aboard BHR in 1957 this aircraft was on the flight deck. It was the only one on board and appeared to have been left over from VA-212. I have no other information on this except that it was lifted off and where it went is unknown[...] 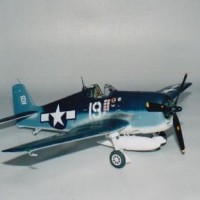 When I was aboard Bon Homme Richard, Alexander Vraciu was the Commander of VF-51 flying FJ-2 Fury's. Years later I had the occasion to meet him again and have lunch with him. I gave him this model which he said he appreciated very much. He flew [...] 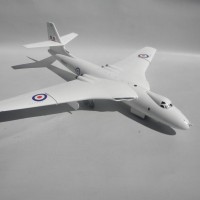 I was commissioned to build the three "V" bombers by a gentleman that grew up in Lincolnshire, England. He remembered the "V" bombers when he was younger. He asked that I do all three models in the same scale and in the all white scheme as that [...] 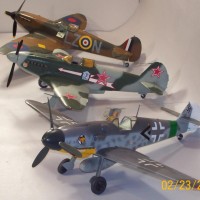 I received a commission from a gentleman to repair some models that he had had in his possession for quite a number of years. He bought these models a long time ago and he does not remember who he bought them from or who had made them. They had [...] 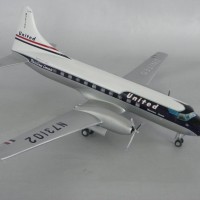 A few articles back I responded to a contributor that I am of the "I know where the mistakes are and I am not going to tell you" philosophy. Well, here is an example........ This is the Mach II 1/72 kit of the Convair C-131. First let me say tha[...] 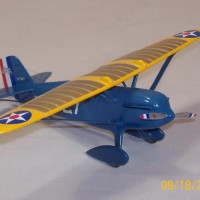 From the description within the kit: The Curtiss "Page Racer" is one of the more mysterious speed machines of the Golden Age of air racing, and Army / Navy rivalry in the Pulitzer and Thompson races. Built under false fighter designation, from b[...] 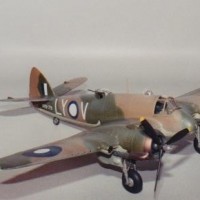 This model represents an Beaufighter from 30 Squadron, RAAF. I have no further info on it except that the person I built it for was on the same island base in the Pacific where this group was. He was with the USA on OY-10's. He passed away one w[...] 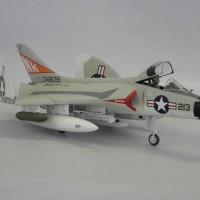 F4D-1's of VF-141 "Iron Angels" were aboard USS Bon Homme Richard CVA-31 during the time I was aboard in 1957-58. They came aboard in June for a West Pac cruise. This was the first deployment of a West coast squadron equipped with F4D-1's. Durin[...] 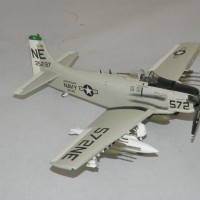 During the Viet Nam War the Skyraider saw extensive service. Aside from attack duties, it was used in various forms as transports, ambulances, freighters, target tugs, and rescue helicopter escorts. Twice, Skyraiders from VA-25 and VA-176 engage[...] 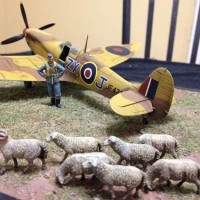 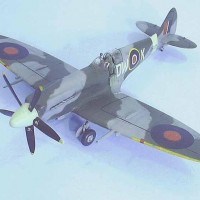 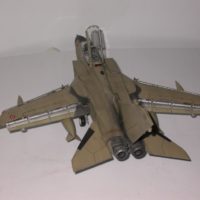 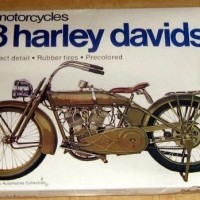 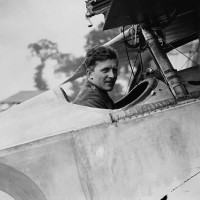 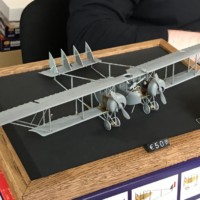 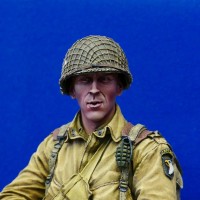 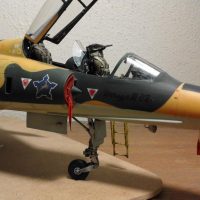