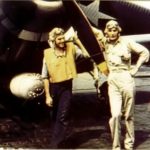 We will soon be upon the 75th Anniversary of the Battle of Midway. The dates of this event will be June 4th, through June 6th, 2017. It’s almost 5 months away from now.

This is a tribute to the participants on both sides of the conflict.

My thoughts on this are as follows:

1. A new build. Your Midway thread can include a project that you started sometime earlier, but have not yet completed. As long as your build is not 100 percent done, you can post it here. This may encourage us to get some of our unfinished works completed………………

2. The end goal of this build is to present an article with some photos of your completed work, and a little historical background of the model, during the June 4th – 6th, 2017 deadline.

The completion of your build should be somewhere around the actual 75th anniversary.

If something happens and you can’t make the deadline, that’s OK. Sometimes “Life” happens, and I understand that. Just post your project when it’s completed. Please try your best to make the deadline though.

(Meanwhile, before your build is done, please post your progress to help inspire others along.).

3. Any type of aircraft, Naval ship, Diorama, vehicle, submarine etc. would be eligible for the build, as long as the model depicted was actually somehow involved in the event.

This event is open for both Japanese and American models or dioramas .

On the other side of the coin would be Mitsubishi A6M Zero, Nakajima B5N Kate, Aichi D3A Val, various sea planes, IJN Hiryu, Kaga, Soryu, Akagi aircraft carriers, submarine I-168 and other various surface ships, etc. .

An example of a diorama recently posted here entitled “U.S. Marines defend Wake Island” would fit right in here (if it was from Midway though).

We have numerous Jeep vehicle builds on Imodeler that would also be appropriate. Any vehicle build would work if you can tie it in to Midway somehow. Army “Deuce and a Half” trucks would work too. (just make it a Midway truck……………….)

5. Anyone is welcome to join in. The more the merrier!
No formal invite is needed.

6. Anything related to the Battle of Midway……………. You get the idea.

7. Stragglers are welcome. You don’t have to join this “Midway” themed group build on the very first day it’s posted. Try to get your build completed by June 6th, 2017.

8. If you decide to build a plane earlier in it’s career, prior to the Battle of Midway, as long as it participated in the Battle that will be OK.

Here’s an example using a Douglas Devastator TBD: Your plane was entered into our Group Build and is painted in “Yellow Wings” markings. The plane was later lost in the Battle of Midway as part of “Torpedo 8”. Simply include the fate of the plane and / or the crew, so that you can somehow relate your build to the Midway Battle. Then your build qualifies.

This will open a LOT of possibilities, (and add some color too………………).

9. Please start a new thread for a separate model, if you decide to build more than one. It will make it easier for our readers to follow along with your progress.

As mentioned above, I would like to have the related articles posted about the builds sometime during the Midway Anniversary.

I am hoping that our fellow iModeler members will also post their previous builds during the 75th Anniversary of the Battle. We had something similar happen about a month or so ago when we had a flurry of F6F Hellcat and F4F Wildcat postings. I encourage this to happen again between June 4th and 6th.

I will try to moderate the build, but I will probably ask for help from time to time.