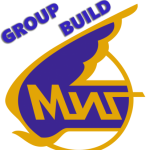 I would like to thank everyone, who showed support for setting up this group in the article I posted a while ago.

The year of 2019 marks the 80th anniversary of the establishment of Mikoyan and Gurevich Construction Bureau. While the OKB’s (Russian acronym for Construction Bureau) work during the World War II was pretty modest with only MiG-3 being a successful design, it was the advent of the jet age and the subsequent conflicts of the Cold War that made their designs a synonym for bad-guy aircraft in the West.

The aim of this groupbuild is to celebrate the eight decades of MiG OKB designs that formed the backbone of Soviet aviation units but at the same time helped develop Western, mainly American aviation technology in a mutual fashion.

Start date: 1st of January 2019
Reveal: Members can post their finished models at anytime until the end of the group build with a MiG GB – prefix to the title of the article
Final reveal: 8th December 2019
I will post a final reveal article with photos of all completed MiGs on that day.

To help with decision on what to build, I will prepare a list of all the MiG designs as well as “What will you build” thread to keep track of all the builds.

Any scale, any level of aftermarket (or none for that matter), any actual markings (no what-ifs, sorry, plenty of schemes to choose from).

Preferably, members should open new thread for each of their builds for easier tracking of the progress of the builds.

And last but not least, I hope we’ll have lots of fun. If you hesitate or have any questions, just contact me and I’ll try to help to the best of my abilities.