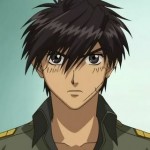 Long time model builder coming off of a prolonged hiatus. Interests are fixed wing WWII to current, helos from 1960 to current, AFV and soft skin all eras as well as any sci-fi kit that catches my eye, mostly 1/72 scale. I also build and paint figures and dioramas in 28-30mm scale.

I’m a retired Aviation Ordnanceman that served in the US Navy for 20 years as well as a civilian flight line rat servicing general aviation for three years. Airframes I’ve worked on are the F/A-18, A-6, HH-1K, HH-60H and P-3. On the civil aviation side King Air, Lear Jets, Shorts 360 and lots of Cessna and other Beechcraft aircraft.

I’ve built models off and on since I was 8 years old and that was before Apollo 11 landed on the moon. At the moment I’m trying to find every kit that I built as a kid in order to try and give them the attention and paint job they deserve instead of ‘dog fighting’ them with my friends.

I also have an interest in HO gauge model trains thanks to my late father.