Ex- M1A1 Abrams Tank Master-Gunner & Platoon Sergeant of the 1st platoon of Coalition (US) tanks into Iraq during Desert Storm: IPMS Member; Wanna-Be pilot - I began flight instruction but ran out of money for lessons right before my first solo flight; Member in good standing of Wayne Guthrie F.& A.M. Masonic Lodge #753 - Indianapolis, IN, USA (Home of the Indy 500, the National Drag Championships, & various Indy Car races and other events/races.)

I started modeling around aged 9. (1960-ish) My Dad started doing some of the planes he flew as a Navy pilot during WWII. They were the classic 1/48 Monogram Navy planes; the SBD Dauntless, F4F Wildcat, F6F Hellcat, TBM Avenger, & the SB2C Helldiver. He later found & built others in the same scale by other manufacturers. We also started a collection of 1/72 planes, eventually having over 250 hanging from nails on my bedroom wall. I haven't done any modeling since the early 1980s but my interest is still keen.

I was happily married going on 33 yrs. with 3 GREAT adult "kids," Janelle, Gareth, & Sam (Samantha), 5 grand-kids, numerous nieces & nephews (including some great nieces & great nephews;) a sweet little Morkie named Noodle, and my youngest Daughter - Sam's cat; Beastie. Sadly, my wife passed away in Oct. of 2019 due to Mesothelioma cancer. 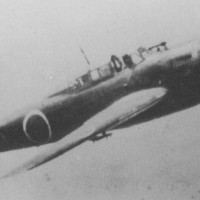