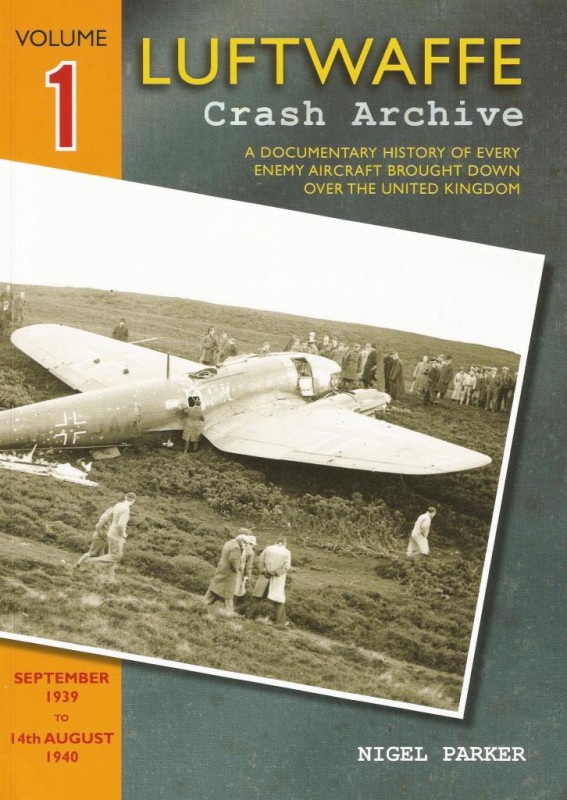 A documentary history of every enemy aircraft brought down over the United Kingdom, September 1939 to 14 August 1940

Thoroughly researched, highly detailed in its accounts of German aircraft on war flights over the United Kingdom in the first year of the 'English War', Nigel Parker's Luftwaffe Crash Archive, Volume 1, is a richly illustrated book that should attract readers interested in WWII aviation, whether strictly in its historical context, or as a valuable archive for modellers looking for inspiration for their next project.

Parker's opening Notes state clearly his objectives for the publication, and in both Professor R.V. Jones's Forward and Parker's own Introduction, we are given an insight into the RAF's quiet yet relentless pursuit of intelligence from downed enemy air crews.

The field intelligence officer responsible for Department A11 (K) interrogations– concerning the Luftwaffe's organisational structure and its personnel – was Group Captain Samuel Denys Felkin. Although Felkin's interrogations of enemy airmen, as recorded in more than 6500 reports in the 'K' archives, have been declassified in the United States since 1975, the United Kingdom maintained its 75-year secrecy rule, and the documents have only been made available recently.

Professor Jones reminds us that Felkin obtained useful information in 1942 regarding German radar equipment, information important for its insights into German night defences, and in 1943 and 1944 Felkin obtained vital data about V1 and V2 rockets, and also German experiments in jet propulsion, the latter instrumental in accelerating the British jet programme. Quiet and unassuming, Felkin retired to Jersey in the Channel Islands, and died there in 1973.

Parker lists a wide number of aircraft codes used in the volume, and describes Luftwaffe crew roles, with a listing of comparable equivalent RAF ranks. Throughout the volume, colour maps of the United Kingdom pinpoint crash sites.

The format used to disseminate the details of aircraft, their crews, and crash sites, is one that combines simple colour cells, listings, and a wide-ranging selection of period photographs. At the top of each page, in a light blue, page-wide cell, are listed details of enemy action as reported by British sources at the time.

Moving down the page, there follows a series of cells in darker blue, one for each downed aircraft, which contain information specific to the aircraft.

This is followed by a standard description of the action.

"Took off 07:10 hrs from Lubeck to bomb Leuchars aerodrome but was intercepted by a 603 Squadron Spitfire and shot down. The surviving crew were picked up from the sea and taken to Frazerburgh on 17th July 1940."

The crew, captured, wounded or dead, are then named, with their ranks and ID disc numbers listed.

The information is valuable and at times poignant: crew bailing-out too low and dying, crew unable to bail-out and their aircraft crashing nose-first at 400 mph, a bomber on fire, falling into a street of houses in a quiet English town, a Ju88 crashing on to a Gloucestershire farm, having lost its tailplane as a result of collision in combat with a Hurricane, whose pilot also died.

That Felkin and his team were able to piece together details of Luftwaffe organisational structure from the information secured from dead or captured crews is remarkable. ID cards (Ausweis), paybooks, letter postmarks, laundry tickets, all contributed to the wider picture.

And pictures are really what this book is about. It isn't stated on either front or back cover, but there must be more than 300 archive photographs, with occasional aircraft profiles illustrating subjects of particular crashes. Archivists may be familiar with some photographs here, but for the casual reader these are as varied and detailed a visual encounter as one could hope to find.

This book is highly recommended, for its image archive and wealth of technical and historical details. The only real points of criticism that could be levelled here are that, as noted, (1) there is no cover promotion of the photographs available in the volume, (2) there is no Index, and (3), there is no mention that there are in fact Volumes 2 and 3 in this series. I have seen both latter volumes, and they meet the same high standards set here.

That said, Nigel Parker and Red Kite are to be congratulated on producing an outstanding technical and photographic record of a critical period in the United Kingdom's war against the Luftwaffe.

[All images copyrighted. Used by permission.] 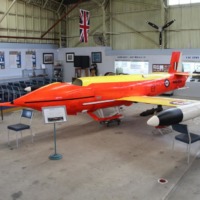 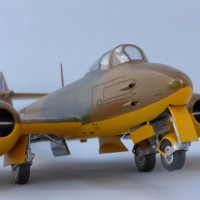 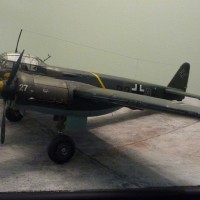 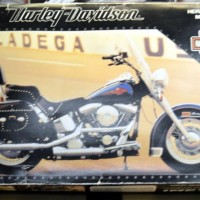