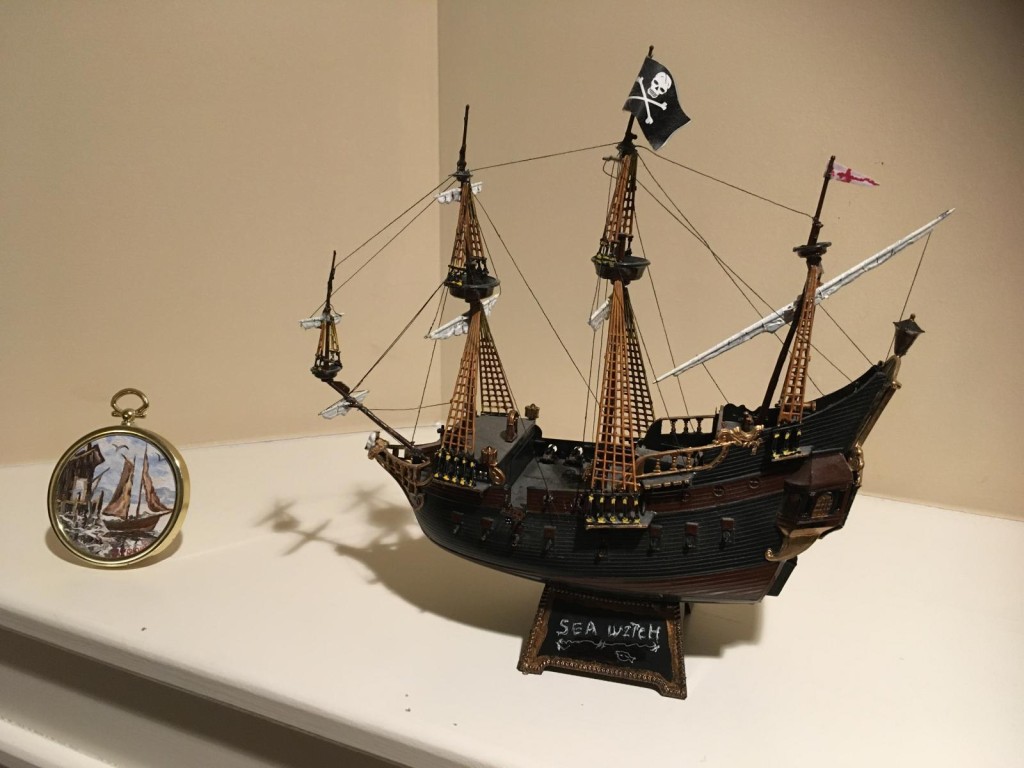 This was the version that Revell produced in 2006. They called it their Caribbean Pirate Ship, but I believe it was based on a Disney movie from long ago. This came with a bottle of “glow in the dark” green paint if one chose to paint it that way. I didn’t. The model came moulded entirely in “black” but I painted the brown, white and gold colors. And the shrouds were painted light flat brown. The only problem I had with this, other than fitting the the stern panel to the hull sides, was that I had to hold the masts in place to make them straight until the glue dried. I just rigged it using my own ideas rather than any real instructions. And it came with the name “Jolly Roger”, but just for “kicks”, I named her “Sea Witch” on the other side of the stand. (I realize that was the name of another sailing ship) This is a very small ship that I built about 12 years ago but recently added some rigging and some paint. 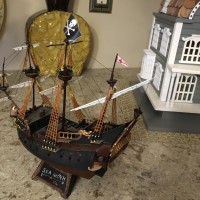 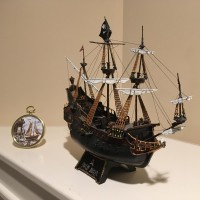 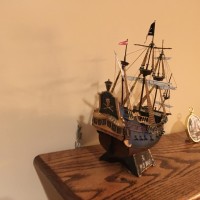 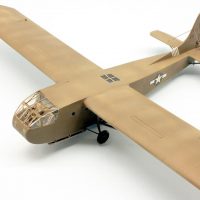 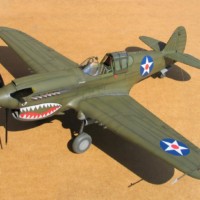 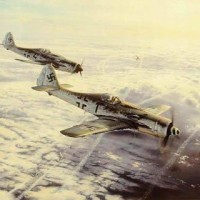 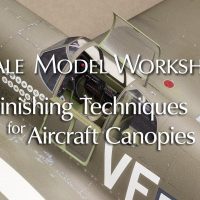