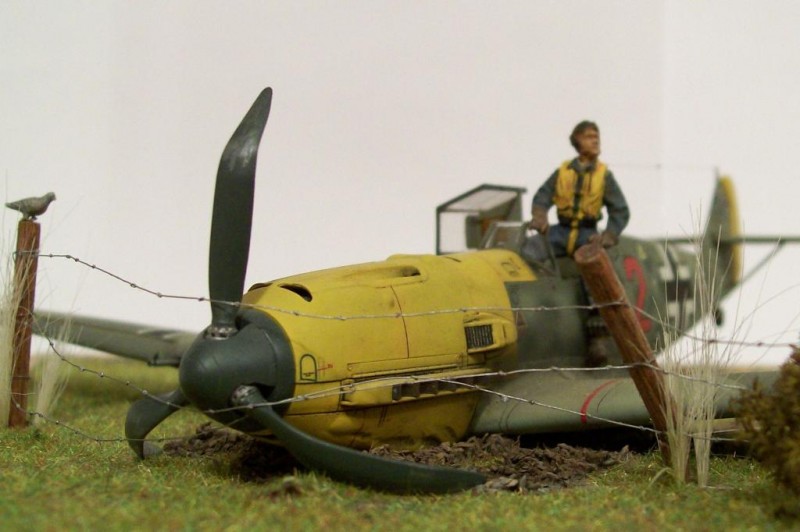 I have posted this elsewhere previously but in the spirit of 109 madness occuring on this site I thought I would post here. This is again the wonderful and enjoyable Tamiya kit. The markings are purely fictional, I just really liked the weeping raven emblem and wanted to use it.

The display is loosely based on a picture I saw on the internet of a crashed 109 with that emblem and some British soldiers looking at it. I decided though, that it might be fun to have him crash on some farmers land and he would intercept the pilot before the soldiers did. Being my first attempt at some kind of vignette I learned alot about what I need to do to make it better, unfortunately my limited figure painting skills make new attempts difficult.

I made the fence by taking fine wire and tieing it in knots at relatively even intervals. The sheep are from Pegasus' Farm Animal Set, the bird on the post is also from that same set. I made the bush by twisting a bundle of wire and branching it out and then covering it with what I think is lichen. The farmer is a Verlinden figure that was supposed to be cleaning a gun, I modified his pose and made him a pitch fork. All in all I was happy with the results even if it not close to some of the stunning displays I have seen by others.

Hope you find something you like in my contribution to the parade of 109's. 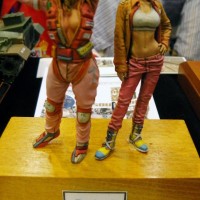 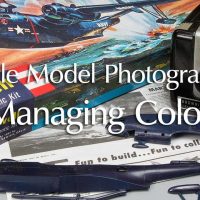 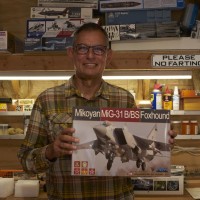 May iModeler Winner Prize has Arriveth! 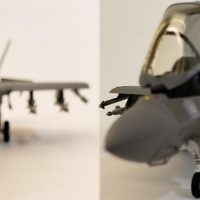