Having admired some hundreds of spectacular models here at iModeler, I feel compelled to provide some sort of evidence that Yours Truly also builds some models on his own -- well at least occasionally. 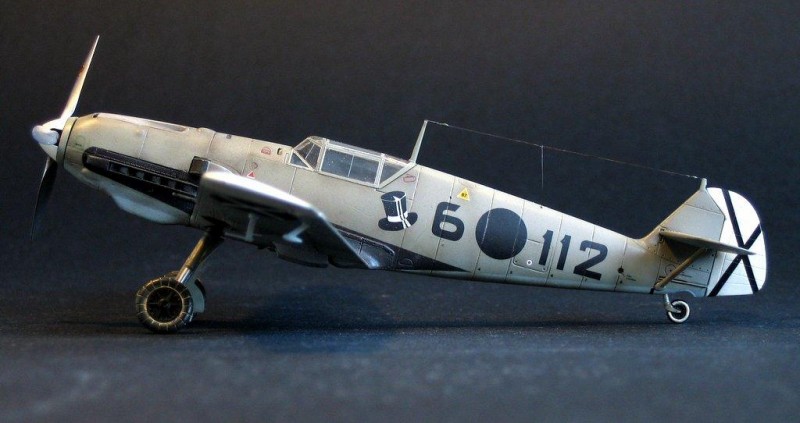 This is Tamiya’s Messerschmitt Bf 109E in 1/72 scale, built and finished as an E-3 model as used in the Spanish civil war. Forty four Bf 109E-1's and E-3's were supplied to Legion Condor from Autumn 1938 until early summer 1939. Their operational career was short and relatively uneventful at this late stage of the conflict, by which time the Republican aerial opposition had ceased to exist. Anyway, they flew in support of the conquer of Catalonia during the first two months of 1939, the last major military operation of the Civil War.

During the summer of 1939 the unit was disbanded, the Luftwaffe personnel returned to Germany and at least some of the the aircraft were handed over to Spanish Nationalists.
The depicted aircraft marked 6*112 belonged to 2.J-88 based at El Prat de Llobregat in Catalonia. 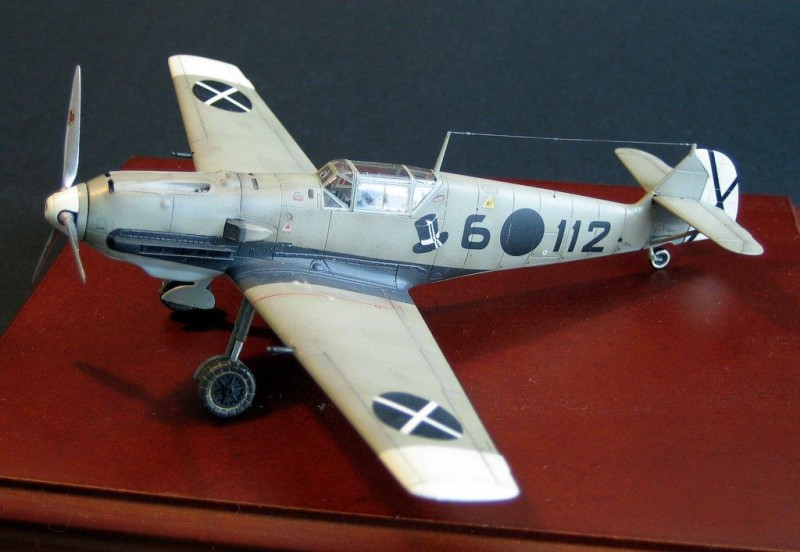 Tamiya's little Emil sports some brilliantly simplistic engineering. The single sprue looks very lonely in the bottom of the large box, but once you start building, you will appreciate the excellent fit and the detail incorporated to such a small number of parts. This kit is either perfectly suited as a weekend ”slammer” or a basis for some serious superdetailing.

No kit is perfect, and this one has also a few minor flaws. The most notable one is the length of rear fuselage, which is a bit too short, giving the model’s tail more taper than should be the case. Also, the tail wheel of Tamiya’s Emil is too small. I chose to ignore the fuselage issue and to replace the tail wheel with another one from, if I remember correctly, Dangly Bits.

As a note, ICM's knock-off of the Tamiya kit features a corrected fuselage, and then there is the new Airfix kit which for once matches the Big T in quality.

I was always thought that the solid grey Legion Condor livery with black-and-white markings would make an attractive model. Having stumbled upon a dirt-cheap second-hand RPM Bf 109E kit of in Legion Condor markings, I knew what to do. Compared with the Tamiya offering, the RPM kit is very crude but the decal sheet, printed by Intech, was nice, in-register and contained markings for no fewer than six different Legion Condor Emils. 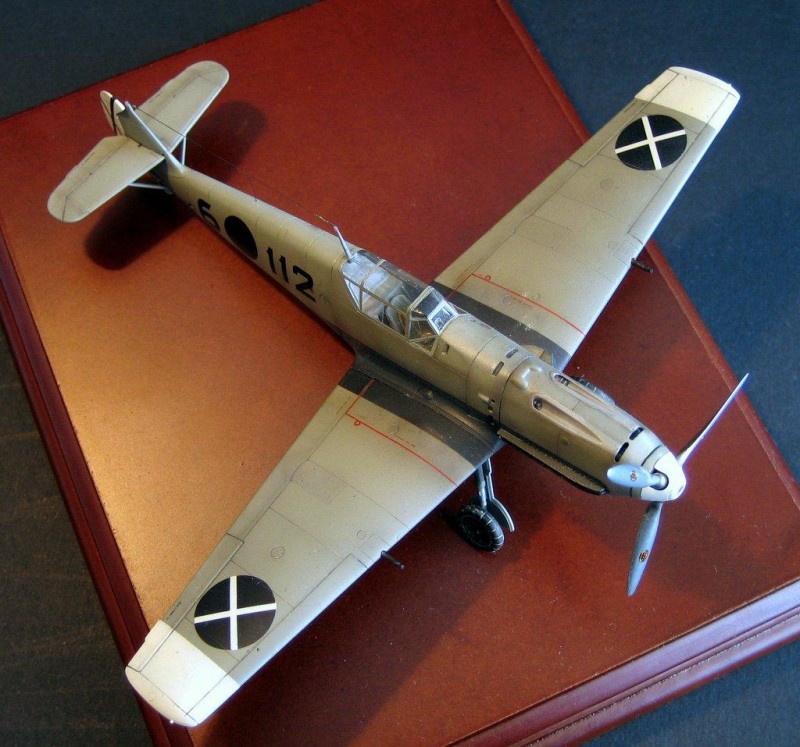 There were some intricacies to the early Bf 109s’ paint schemes. Cowling gun troughs were painted in heat-resistant grey paint. The supercharger intake was delivered prepainted from a subcontractor and was thus dark green even on these "Spanish" a/c. Surprisingly, some of the propellers on those early-production Emils were delivered in shiny polished metal, carrying Hamilton Standard rather than VDM logotypes - an interesting detail for which I couldn't find any further description in my references. I suppose that Hamilton Standard could have provided some of the first propellers before VDM got along with their own production.

Regards to all,
/Martin 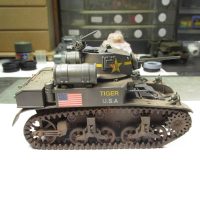 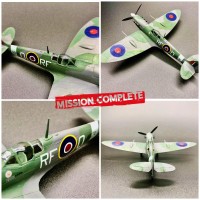 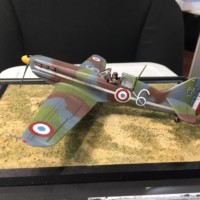 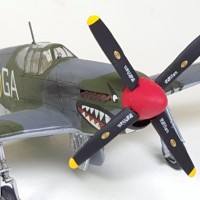