Here’s the 1/48 Hobbycraft Skyhawk, the A-4C ‘Vietnam’ boxing. The Hobbycraft A-4C is a decent rendering of the venerable Skyhawk, and will provide a fair example of the A-4 out of the box, with generally good fit. But it has some missing details, and others are poorly rendered. I’d place it third behind the Hasegawa and Monogram A-4’s respectively. I made these improvements to address some of the accuracy issues:

A True Details ESCAPAC seat went into the cockpit, along with a scratch-built gun sight. I replaced the way overscale tail hook and refueling probe with scratch-built examples, and added catapult bridle hooks in the main gear wells, wires to the nose gear well, and added a tailpipe with flame holder. I also added an anti-collision light to the spine, a temperature probe to the nose, and drilled an engine oil exhaust port on the left side. Finally, I replaced the kit 20mm cannon barrels with better resin examples from Quickboost. 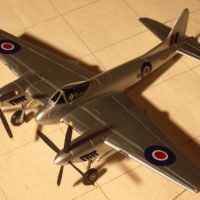 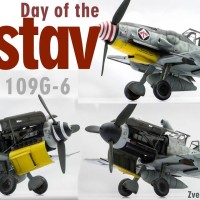 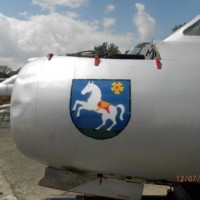 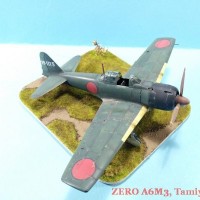