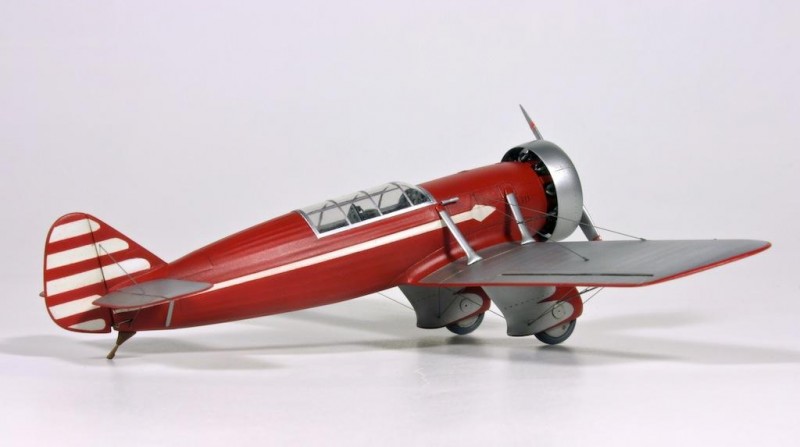 In April of 1932 Yakovlev Design Bureau set off to create a small aircraft to carry two people and fly faster than contemporary fighter planes propelled by the same engine. In the present day a similar project would likely involve a sizable budget, development time of at least a decade and brutal amount of computing power. Back then the machine was ready to fly by the end of the summer.

AIR-7 achieved speed of 325km/h on 19. November 1932. An impressive accomplishment, but still not what Yakovlev was striving for. By the spring of 1933 few modifications were made to the airframe, most noticeable the redesigned wheel spats and additional lateral glazing for the pilot. The engine performance was reportedly also improved. New result was at the same time the national speed record: 332km/h. The attention of the powers that be was secured.

Test and demonstration flights continued till 1934, when an accident struck. More than a decade before the word Aero-elasticity was first uttered the AIR-7 encountered an aero-elastic phenomenon called the “flutter”, resulting in a loss of an aileron during a high-speed demonstration flight. Test-pilot Piontkovski managed to avoid the worst and brought the damaged aircraft to a forced landing, hence saving the lives of his passenger and himself.

The said passenger happened to be the vice-president of the “OSOAVIAKhIM” -Union of Societies of Assistance to Defense and Aviation-Chemical Construction of the USSR. Other high associates of the VVS were sitting aside the runway and watched closely as the events unfolded.

Yakovlev Bureau was promptly put under investigation and a government commission sent to examine the aircraft. After exhaustive study “a mistake was revealed in calculations” and Yakovlev was forbidden to continue the design work - his career hanging on a thin thread. AIR – 7 was never to fly again.

Yakovlev prototype was the harbinger of the things to come - symbolizing the great leap into the cutting-edge technology that the aviation was about to make, but still carrying the naivety of the pioneering days of flying and oozing with the flair of the golden age.

My attention is typically drawn to the bigger scale when considering such minute subjects, but in this case I was happy to make an excursion to the land of 1/72. To be honest, with such unique aircraft, anything this side of scratch-building is a cause to rejoice.

Ayacucho Maquetas”…
…is a new Argentinean kit maker, premiering here with the lovely Yak AIR-7. I can only applaud to the subject selection. The kit is made in polyester resin with great level of detail. Quality and finesse of the parts is first rate, but the material itself holds some surprises.

The kit represents the Yak AIR-7 as it appeared at the time of the record setting flight; i.e. after the mentioned modifications to the airframe. The references on this subject are few and far between, but the kit follows closely all that is available. There are no decals, as no marking or stenciling could be seen on the aircraft. The handsome red, silver and white paint scheme is at modeler’s discretion.

Early on I decided that I’d actually like to represent the early appearance of the AIR-7, as it came out of the construction. This implied much more work on the kit, but the impulse was there so I went with it.

Some of the extra work done included:

The little AIR-7…
…provided an interesting exercise in small scale modeling for me. All the 1/72 related muscles are again in tonus. Not only this, but working on something this unique offers notable distinction to the usual modeling platitudes and the great finesse of the kit means that it can be approached without the riot-gear usually associated with an all resin project. This is of course if you don't choose to modify the version from the box...

I would like to thank Matias Hagen for sending me this lovely kit and wish Ayacucho Maquetas many more such scale-modeling gems. 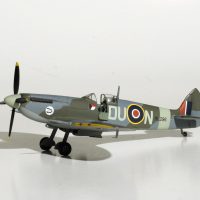 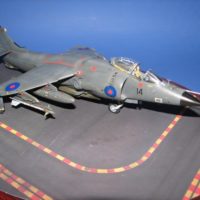 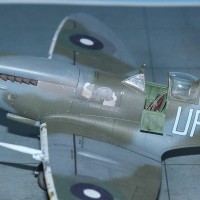 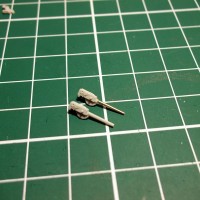