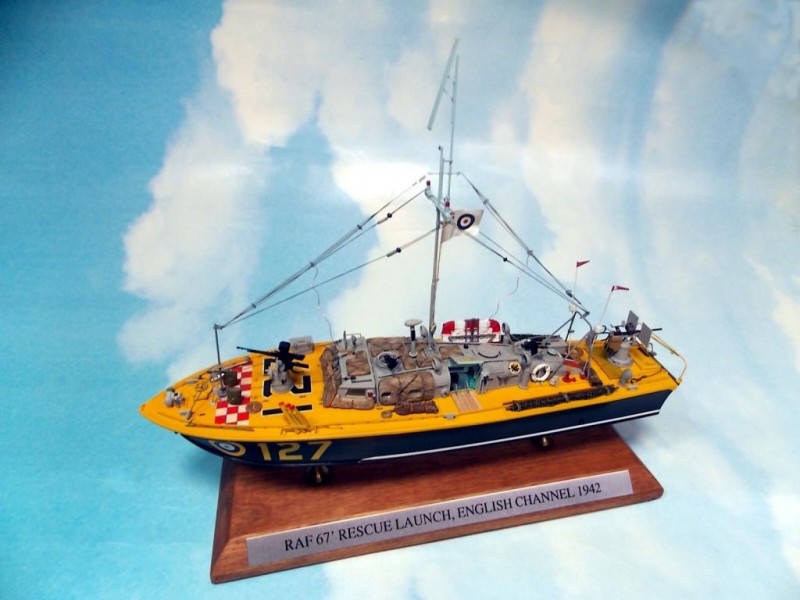 Built by the British Power Boat Company, the 67' Air Sea Rescue "Whaleback" boats were used by the RAF in WWII to rescue downed pilots. The design of these rescue craft was an adaptation of a motor gun boat developed by the Royal Navy. After numerous rescues in the English Channel, these small craft earned a great reputation amongst their crew members and the pilots they saved. Primarily seeing service along the English coast, some boats were sent to bases in the Mediterranean and others to the coast of India. At 21.5 tons these wooden boats carried a nine man crew that included a medic and was commanded by a Flight lieutenant. Powered by 3 Napier Sea Lion (1500 HP) engines, the boat's top speed was 36 knots. Originally armed with two small caliber machine guns, wartime battles with German E Boats had the tiny vessels guns upgraded to a 20mm cannon on the stern and a 50cal on the bow. In addition, sandbags were placed around the bridge and cabin area as "armor". The boat's distinctive paint scheme is reminiscent of a "peacetime" color scheme but it's yellow deck and gloss black hull was to identify it as a rescue craft to both friend and foe alike. Downed allied pilots, as well as axis pilots were snatched from the Channel's frigid waters, the boats living up to the Service's motto: "The Sea Shall Not Have Them".

Introduced in the late 1970's Airfix's rescue boat is a typical offering of the period. At 1:72 scale, the boat was molded in light blue gray and went together very well in terms of fit. I purchased this model in 1980 but for one reason or other, it never got built. Over time I "looted" the kit for small boat parts for other boat models. By 2008 only the hull, decals, and part of the cabin remained. About this time, I read an article about these "colorful" boats and remembered the remnants I had in a junk box. I gathered what was left and began construction starting with a scratch built bridge. I added scratch built guns, star shell projectors (yellow tubes on the bow), cut open the door to the cabin and added bunks as well as medical cabinets, deck toe rail, new masts, radio antennas, life raft and equipment, datum buoys (long poles with flags to check water current when on a search), new propellers and rudders, new sandbags from clay, new scramble nets, ammo lockers, life rings and other odds and ends, the original kit was really stripped! It was painted with Tamiya rattle can paint and finished using the kit's water slide decals. I couldn't believe they didn't disintegrate in water. They were applied with no problems and looked great after being 28 years old! 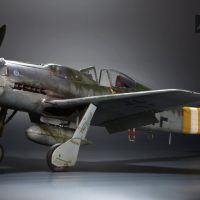 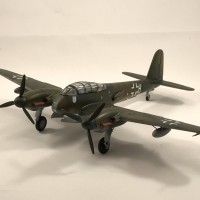 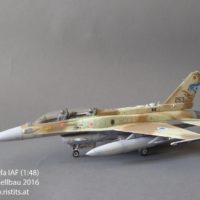 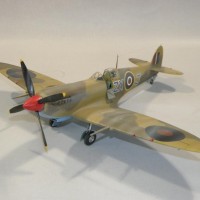