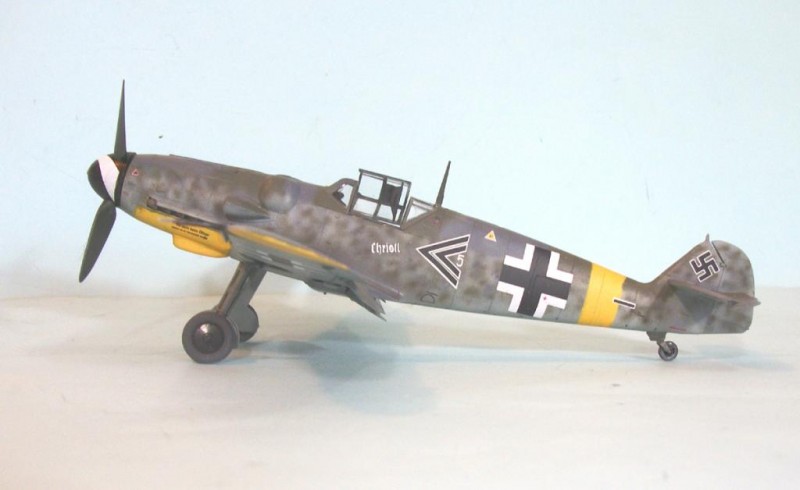 ﻿Gerhard “Gerd” Barkhorn joined the Luftwaffe in 1937 and completed his pilot training in 1939. Flying combat with JG 52 through the Battle of France and the Battle of Britain in 1940, he remained scorelewss though he was shot down in the English Channel on October 29, 1940. He scored his first victory - a DB-3 bomber- on July 2, 1941, following the invasion of the Soviet Union. His score rose steadily thereafter.

With 10 victories by November 1941, he was promoted to Oberleutnant. On May 21, 1942 he was appointed Staffelkapitän of 4./JG 52. His career continued steadily but unspectacularly until when he became "ace in one day" on July 21, by shooting down six aircraft.

By the time he was wounded on July 25 he had scored 30 victories since July 1. He was awarded the Knight’s Cross on August 23 with a score of 59. Put out of action for two months, he returned to combat that October, and by Decemb er 1 had raised his score to 101. With 105 victories by January 11, 1943, he was awarded the Oak Leaves to his Knight’s Cross.

Promoted to Hauptmann in August 1943, Barkhorn was appointed Gruppenkommandeur of II./JG 52 on September 1. On September 5, he shot down and killed Hero of the Soviet Union, fighter ace Nikolay Klepikov. In the same fight, II/JG 52's 173-kill ace Oberleutnant Heinz Schmidt was lost as Barkhorn scored his 165th and 166th victories. He reached 200 victories on November 30, 1943. At the time, II/JG 52 was the main German fighter unit covering the Crimea and Kuban. In the three months between December 1943 and 13 February 1944, the unit claimed 350 victories, of which 50 were claimed by Barkhorn personally.

He had scored 273 victories by May 31, 1944, when he was shot down by Soviet P-39 Airacobras on his sixth mission of the day. His Bf 109G-6 was severely damaged; despite severe wounds to his right shoulder and leg he managed to crash-land behind his own lines, but was hospitalized for four months.

Barkhorn returned to II/JG 52 that fall, but the psychological damage and combat stress on him was apparent; sitting in his cockpit he became overcome with anxiety, and felt intense fear in the air even when flying with friendly aircraft. It took several weeks for him to overcome this, but he returned to combat in October and claimed his 275th victory on November 14. He added another 26 kills over the next seven weeks and scored his 301st and final victory on January 5, 1945.

On January 16, 1945, Barkhorn was assigned as Geschwaderkommodore of JG 6, equipped with the Focke-Wulf Fw 190D. JG 6 consisted mostly of new recruits and former Bf-110 pilots, and suffered heavy losses against the American. After a month, Barkhorn was forced to take a medical absence because of severe physical and mental strain.

In April 1945, Barkhorn was invited by Adolf Galland to join the elite JV 44 flying the Me-262 jet-fighter. He found flying the jet difficult. On April 21, 1945, he flew his 1,104th and last mission. An engine flamed out as he approached an enemy bomber formation and he was forced to make an emergency landing. As he approached Munchen-Rheim airfield, he was attacked by P-51 fighters, He managed land the burning plane though he received a slight wound when the cockpit canopy slammed down on his neck as he attempted to climb out. He was taken prisoner by the Western Allies in hospital and was released from captivity in September 1945.

Gerd Barkhorn claimed 301 victories in 1,104 operational sorties. His total included 110 Yak fighters, 87 Lavochkin fighters, 21 Il-2s and 12 twin-engined medium bombers. He was shot down 9 times, bailed out once and was wounded 3 times. 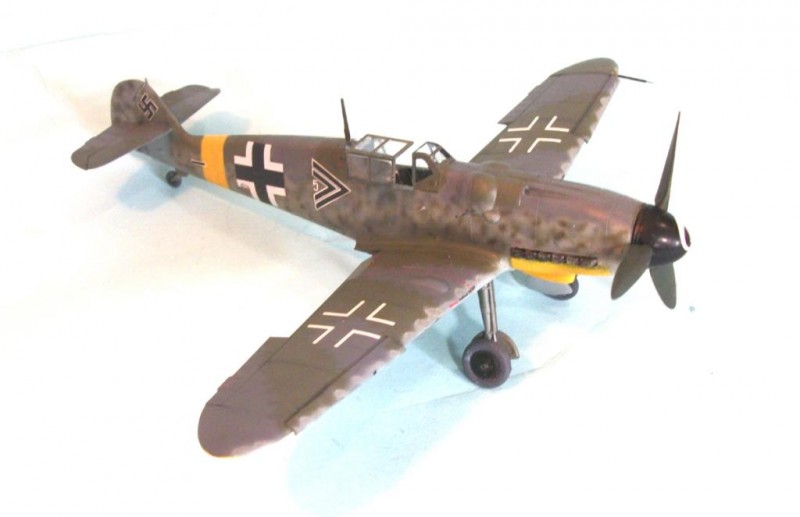 There has seldom been as much outcry as there has been with the release of this kit be Eduard in the past month. Modelers have claimed it is "proportionally over-scale," with the scale listed as anything from 1/47 to 1/46, and it has been pronounced both unbuildable and the source of pain that will never diminish in the ranks of the faithful.

As is usual with modeler's Brew-Ha-Ha's (an argument fueled largely by alcohol and the anonymity of the internet, provoking words later regretted, and the subject of laughter and derision by anyone not in it), the reality is somewhat different.

Rather than get involved in the question of whose blue prints and drawings and measurements were more accurate, I decided to examing the kit as a model. This is what I found:

When comparing the allegedly-oversize fuselage with a Hasegawa 109G, there are interesting results. Measuring from the rear, the fuselages from the rudder hinge line to the wing trailing edge, are the same. length. However, the Eduard cockpit is 4mm forward of the Hasegawa kit, and the nose is 4mm longer. However, if you measure the fuselages lined up wing root to wing root, with the wing leading edges exactly matched, the nose length from the wing leading edge to the front end is the same for both kits, and the extra length appears in the rear fuselage, from the frame just forward of the radio compartment, to the rudder post. The fuselage is apparently correct when placed on the drawings in Lynn Ritger's definitive book on modeling the Bf-109, where the drawings are stated to be 1/48.

Both fuselages are the same width, and the canopies are interchangeable dimensionally.

The wing of the Eduard kit is 2mm different in chord and 6mm different in span from the Hasegawa kit, which is considered accurate. If you compare the upper Hasegawa wing part to the upper Eduard wing part, they are an exact match out to the inner edge of the leading edge slats. The extra length is at the outer end of the wing.

The vertical fin, rudder, horizontal stabilizer and elevator of the Eduard kit is interchangeable with the Hasegawa kit, as are the propellers and landing gear.

Verdict: the kit is NOT "overscale". It differs in two important measurements from the Hasegawa kit. However, the Hasegawa kit is known to be short in fuselage length. The Eduard wing is considerably greater in span.

In building the kit, I cut off 2mm from each wing, then butt-joined the wingtip. I also modified the leading edge slat and the aileron to fit this new span. When assembled, the model appears properly proportional, when compared with photographs. 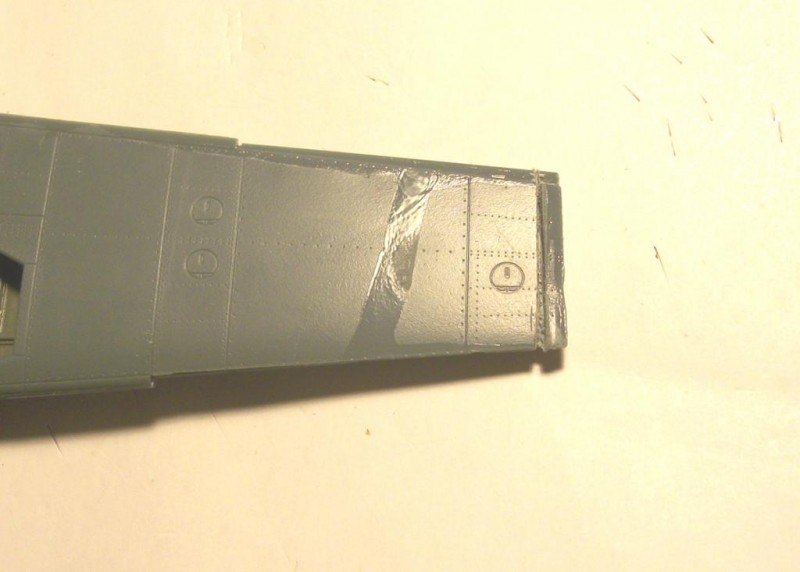 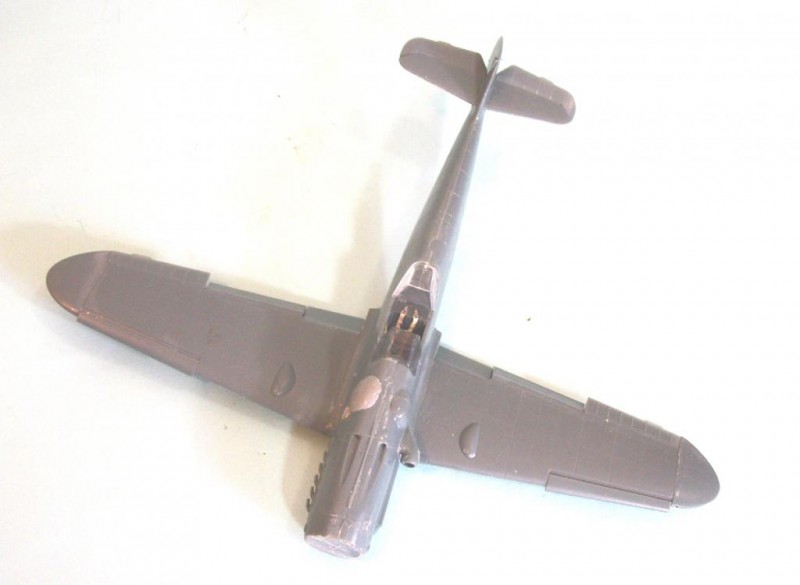 Past that, the kit is easy to build. I had mine assembled in less than a day, beginning the work at 9am on a Saturday and finishing at 4pm.

I had decided to do an Erla-built Bf-109G-6, with the different right side "beule bump." Interestingly, Eduard does not provide this part, though they offer an Erla 109 as one of their marking options. The Hasegawa part is a "drop fit" modification, presenting no difficulty. 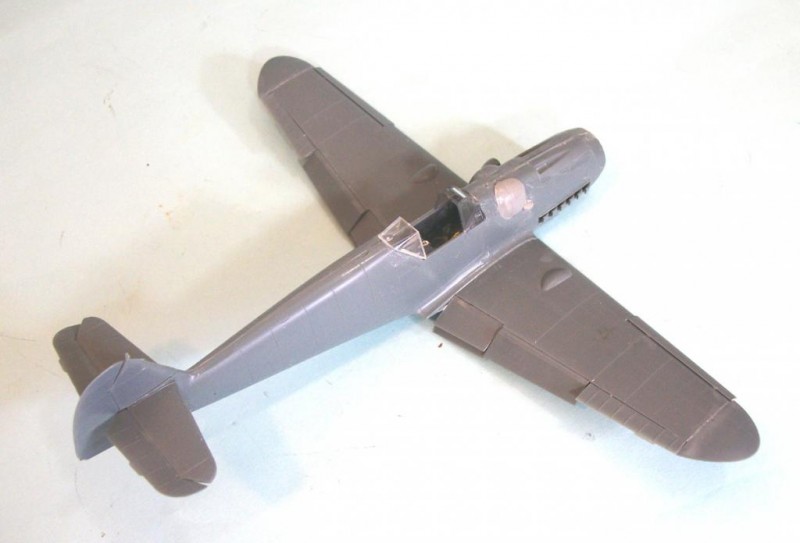 The control surfaces are posable. I dropped the flaps and positioned the elevators full up, with the seat belt wrapped around the control stick, something that was frequently done with 109s on the Eastern Front, when gust locks were unavailable. I posed the rudder kicked to the side. 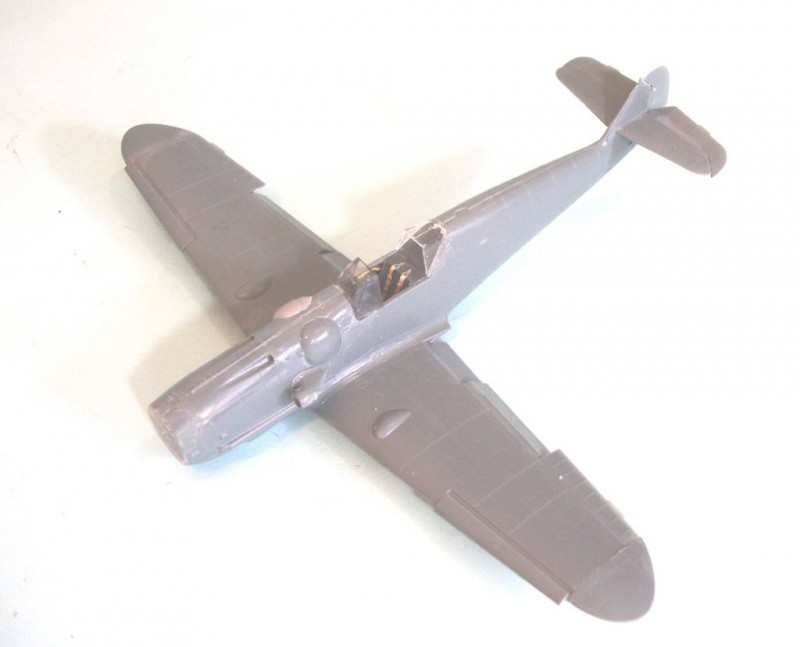 I used Xtracrylix paints for the model. I applied Gelbe 04, then masked it, then freehanded the RLM 76 lower color, the RLM 02, 71, 74 and 75 mottle, and the RLM 74 and 75 upper camouflage, duplicating the "jagged" Erla-style factory camouflage pattern.

I used the kit decals for the fuselage and lower wing national insignia. I determined that the kit upper wing insignia and the swastika were a bit oversize, and replaced those with aftermarket decals. The kit decals were used for the stencils. I used the Aeromaster "Top Guns of the Luftwaffe" sheet to do the Bf-109G-6 flown by Barkhorn when he was Kommandeur of II/JG-52 between September 1943-May 1944.

When the model sits next to other Bf-109 models situated a few inches away, and is viewed from the 18-24 inches distance most people not using penlights look at 1/48 models from, the eye cannot tell any discrepancy in size between it and the others.

The sky has not fallen, the world has not come to an end. It's a plastic toy, folks. 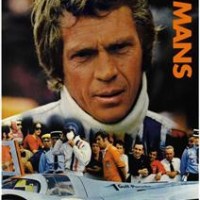 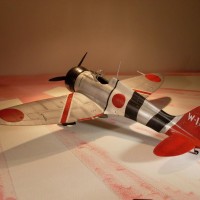 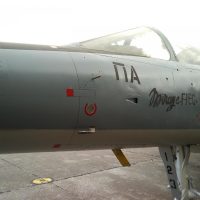 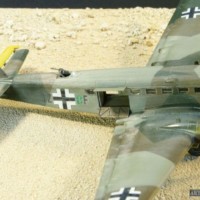