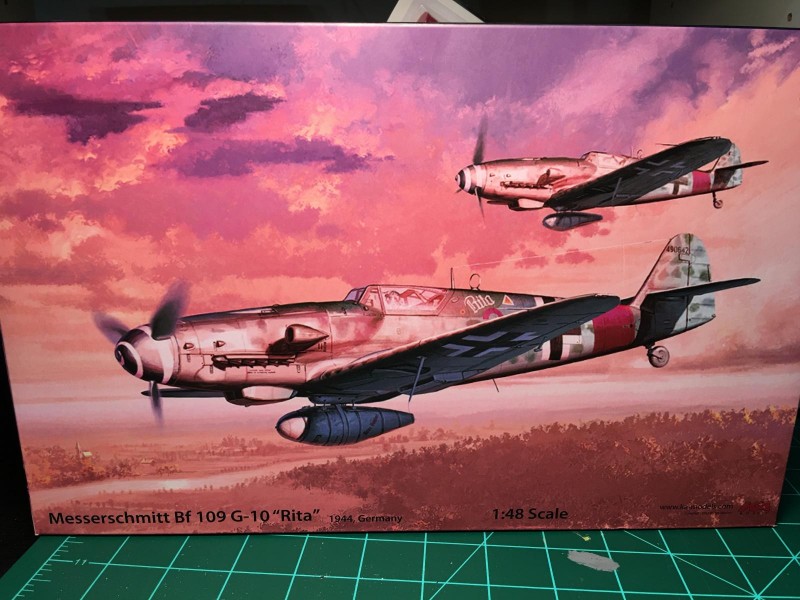 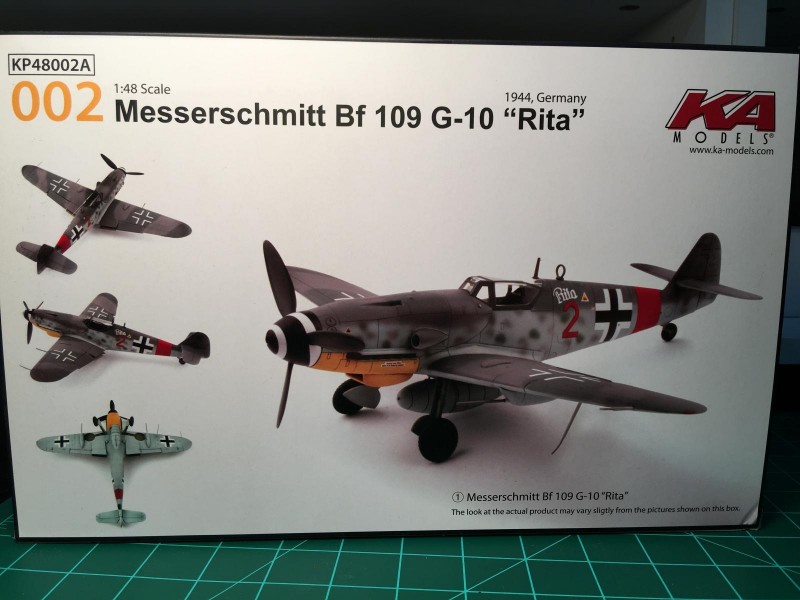 Sometimes I feel like I am the last one to arrive at the dance. It always seems like when I get my hands on something new that many of you have not only seen it, but built it. So I was a little surprised when I came across this Bf-109 kit that I had not seen before, and from a company I had never heard of. I searched iModeler and couldn’t find anything at all from KA Models. Best of all, this 1/48th kit was less than $20. I’m not a big Bf-109 aficionado, but for $20 I decided to give it a try.

While I was waiting for the kit to arrive in the mail, I did a little online research. It turns out KA models is a South Korean company that is probably best known for its extensive line of photoetch & resin details for airplanes, ships, armor, and cars. They have several plastic model kits which cover only two aircraft: several different 1/72 boxings of F-14A’s with different decals in each and 2 Bf-109s, a G-10 and a G-6. Apparently these kits come from the old Fujimi molds, and were first released by KA Models in 2015. My research says these 2019 re-releases have some new parts in them.

I was pleasantly surprised when the kit arrived. The box has some interesting art on the outside, and on the inside the contents are protected by a sturdy inner-cardboard sleeve. The instructions are nicely done, but when you look closely at the sprue diagram, you discover that a number of parts aren’t used. These duplicate parts are presumably for either the G-6 or the G-10. I would assume that these two kits have a lot of parts in common. These duplicates include 2 instrument panels, 2 sets of interior side walls, 2 sets of prop blades (wide and narrow), 2 sets of horizontal stabilizers, and 2 rudders. There were also 2 sets of photoetch, along with 2 brass pitot tubes. The twp sets of photoetch looks identical to me, so maybe it was a mistake to have 2 sets of etch in the box. The kit has nice panel lines which are a touch heavy perhaps, but the parts look well-done and without a bunch of flash. The only flash I found was at the aft end of the cockpit tub. There were some ejector pin marks on the walls of the cockpit which will require some cleanup. The main landing gear bays don’t have any detail at all, but I am a casual builder, so I won’t get too hung up on what isn’t on the inside of the gear wells. The decals include the major markings and seem a little thick, but I will know more after I try them out. The only thing I found irritating was that KA Models went to the trouble of adding photoetch to the kit, but didn’t include a photoetch instrument panel or seatbelts. I know its a cost savings thing, but I would have been glad to pay a little more and had more photoetch. All-in-all, this looks like a nice kit.

I found some online videos from modelers who built the 2015 version of this kit, and they report that it is a fun build with no real vices. I am looking forward to putting this in the soon-to-be-built line. I know this kit won’t match the builds from Tolga (@tolgaul), Erik (@airbum), and many others on iModeler, but I think it will be perfect for me. I go by the “Duck” criteria: If it looks like a duck, walks like a duck, & quacks like a duck, then it must be a duck. (A WW2 German duck, in this case.) :o) 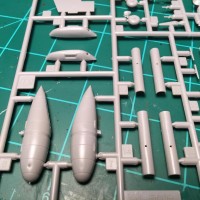 1. Only sink mark I found 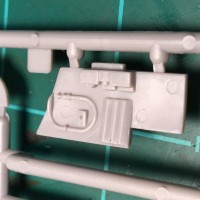 1. These will need to be filled 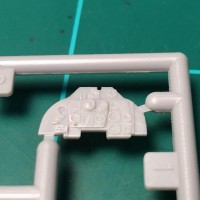 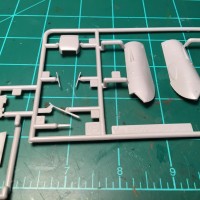 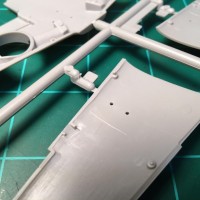 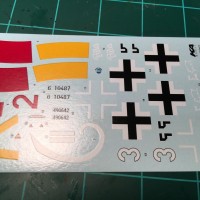 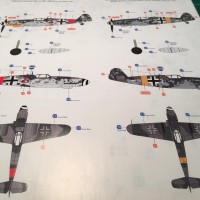 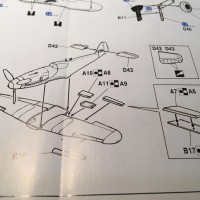 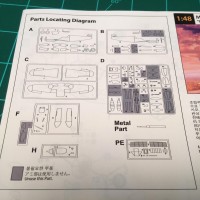 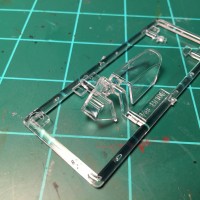 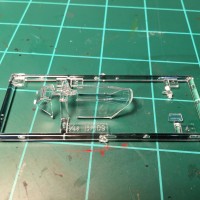 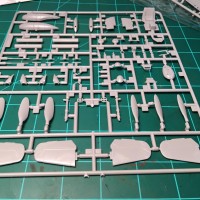 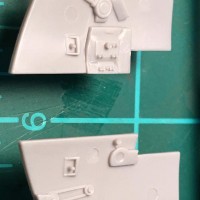 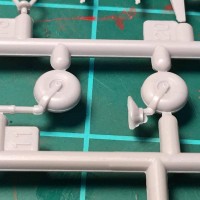 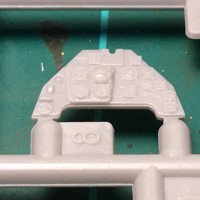 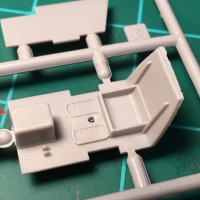 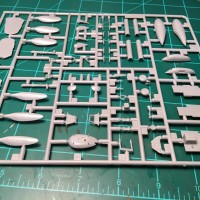 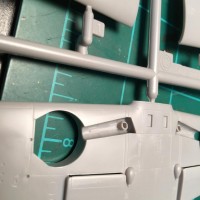 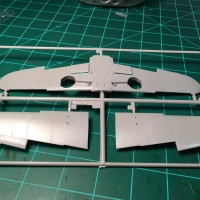 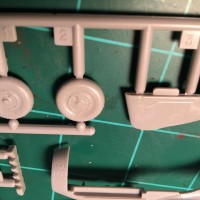 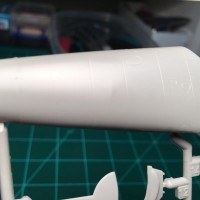 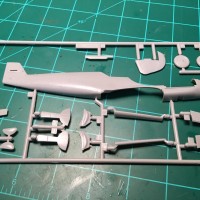 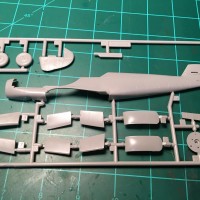 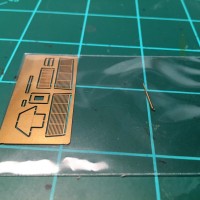 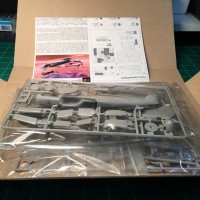 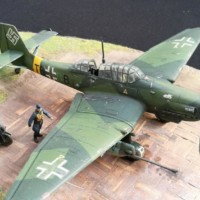 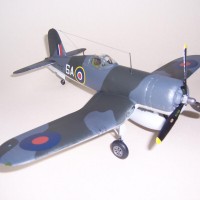